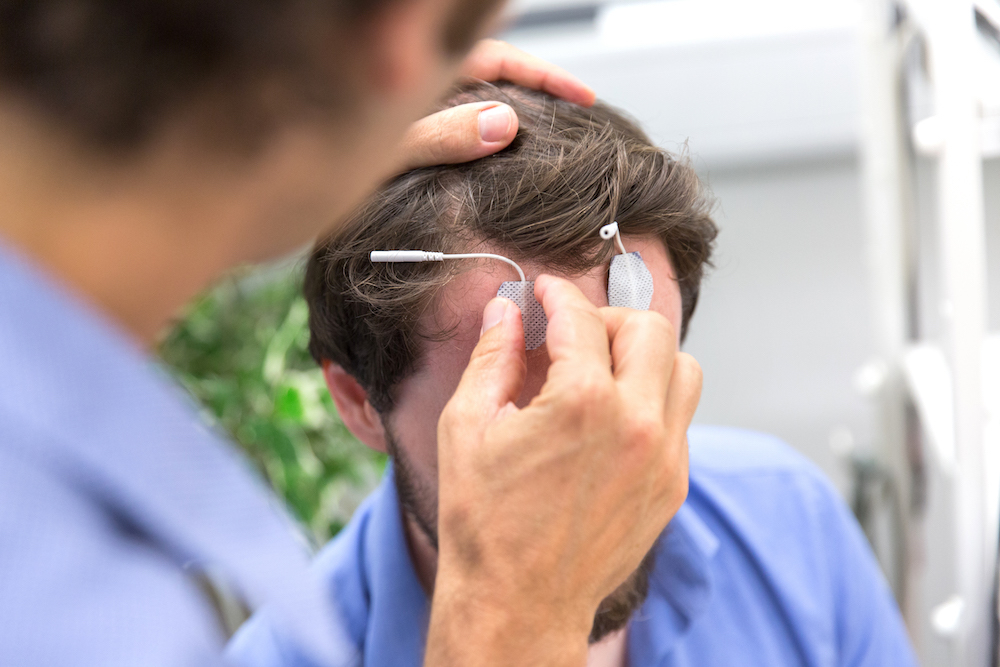 Dr Nir Grossman, Group Leader at UK DRI at Imperial, is leading a new innovative trial using deep electrical currents applied to the brain of people living with Alzheimer's disease. Recruitment for participants is open now (October 2021) for one year.

The project is funded by Alzheimer’s Association via Part the Cloud (PTC) grants program, in partnership with Bill Gates Foundation.

Hopes for the technology

The technology – called temporal interference brain stimulation – involves applying electrodes to the scalp. The electrodes then send two harmless high-frequency beams into the brain, which do not interfere with healthy brain tissue. These beams are of slightly different frequencies – 2,000 Hz and 2,005 Hz – and when they cross they create a third current, a low-frequency wave of 5 Hz.

It is this new wave which is hoped will make all the difference as it has the same frequency at which brain cells fire – allowing it to spark diseased neurones back into action. It will be triggered in the hippocampus – an area deep in the brain responsible for forming new memories. This will hopefully revive the area's mitochondria, the energy source in every cell, which become damaged by Alzheimer's.

Evelyn Martin, Research Assistant on the trial explains, "The trial aims to investigate the role of brain activity in the progressive loss of function and structure of brain cells in Alzheimer’s disease using electrical brain stimulation. We have developed approaches to make small, transient alteration to neural activity in brain regions that are affected at the early stages of the disease, non-invasively via temporal interference (TI) deep brain stimulation. The outcome is to measure the changes in the brain's activity, as well as some of its energy sources and cognitive functions."

Tests on healthy volunteers shows the technique increases blood flow to the brain and results in improved results in facial-recognition tests. But the new trial, which will start in January 2022, will be the first time patients with Alzheimer's undergo the treatment.

Eligibility: The research team are seeking 24 patients with early-stage Alzheimer's. Any individual between 50-80 years old with a diagnosis of mild cognitive impairment or early Alzheimer's disease. Other criteria include adequate visual & auditory acuity and capacity to give informed consent.

Exclusion criteria include but not limited to: medical, neurological or psychiatric illness that would interfere in completing assessments or impair the safety of the participant for brain stimulation. Other exclusion criteria include: known genetic mutation associated with familial Alzheimer’s disease or any other autosomal dominant form of dementia, any contraindication to MRI.

The study process: The trial will be a 3-week commitment and involves:

Recruitment is open now (October 2021) for one year.

The team leading the trial

We have a team of amazing experts and researchers working on the project. They are very enthusiastic and excited to work with our volunteers to ensure that they have a pleasant experience and ensure success of the project. 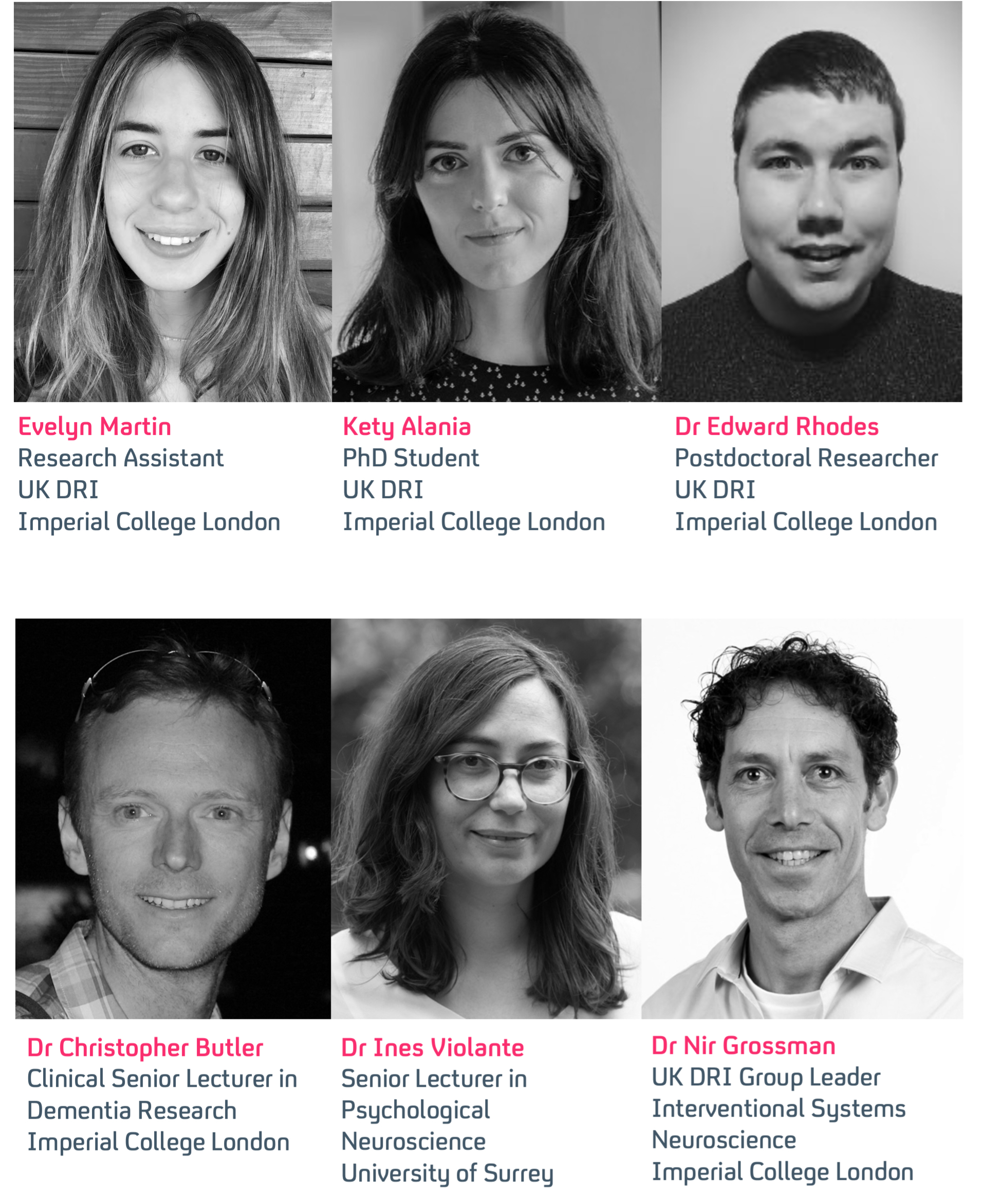 Evelyn completed MSc in neuroscience, focusing on biomarkers of dementia. Since then, she worked on a large-scale longitudinal dementia study at South London and Maudsley NHS Trust. On this project, she will lead the recruitment and screening of volunteers and assist with the TI intervention.

Kety has been working with the TI technology for nearly four years and has extensive experience with delivering electrical brain stimulation. On this project, she will be leading the TI brain stimulation sessions.

Edward completed his PhD in 2018 during which he applied transcranial electrical/magnetic stimulation in an attempt to mitigate the symptoms of Parkinson's Disease. He has since joined the Interventional Systems Neuroscience lab and the UK Dementia Research Institute where he applies TI and other forms of electrical stimulation to patients with Dementia as well as those with various tremor disorders.

Christopher is a practicing neurologist and lead clinician on project. He will be overseeing participant screening and recruitment and other aspects of the project.

Nir is a chief investigator on the project. He developed the TI technology with his collaborators at MIT during his postdoctoral position. He will be overseeing all aspects of the project. ­­­­

participants are being recruited