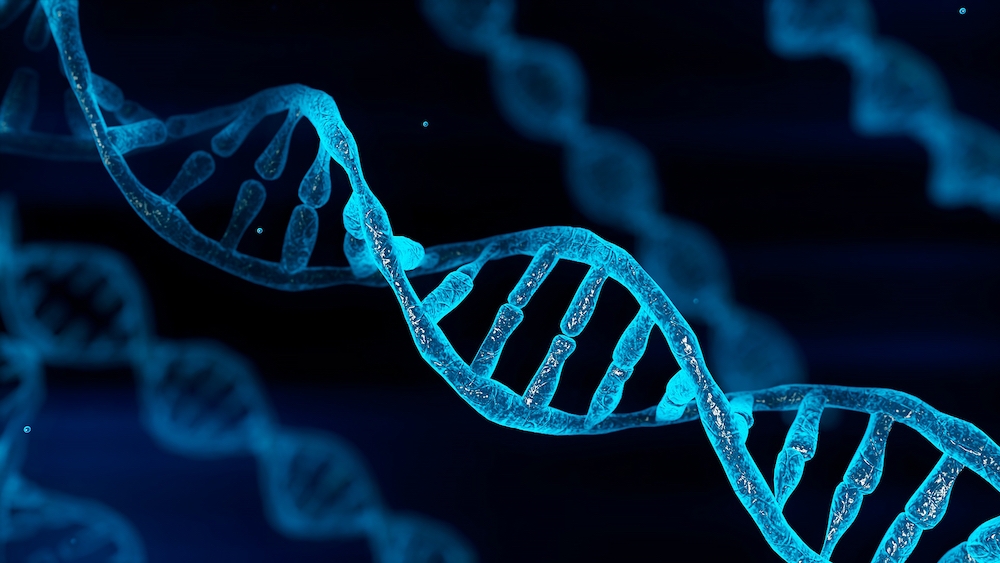 With us from early development, our neurons are some of the most precious cells in the body. We ask a lot of them throughout our lives, and it’s no surprise that they need some care and attention to maintain peak performance. DNA repair mechanisms are on hand to service our cells but what happens if they start to go wrong? We caught up with researcher and theme co-lead Dr Gabriel Balmus, to find out more about how disrupted DNA maintenance contributes to neurodegenerative disease and his work targeting therapies at this most fundamental of cell functions.

From veterinary training and hair loss research in his native Romania, to an Erasmus year studying llama and camel genetics in Italy and UK, it’s safe to say that Dr Gabriel Balmus’ career path is not typical of most dementia researchers. Recruited as part of the UK DRI’s strategy to bring new disciplines into the field, Dr Balmus built his expertise in DNA damage and repair as part of the prestigious labs of Prof Robert Weiss at Cornell University and Prof Steve Jackson at the Gurdon Institute, University of Cambridge. Spotting an opportunity to apply his skills to neurodegeneration, he established his own independent lab at the UK DRI at Cambridge in 2018. 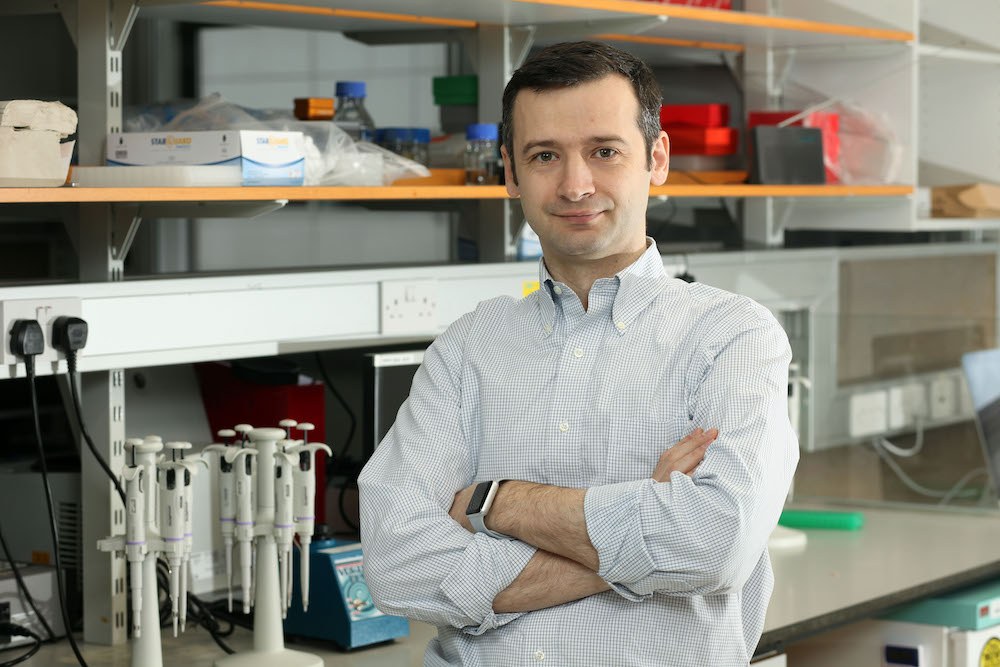 “What became apparent was that there was a lot of DNA damage research in cancer and other disorders, but very little known about its role in the brain. This was quite surprising as many of the syndromes associated with defects in DNA damage and repair pathways present neurodevelopmental or neurodegenerative pathologies. Neurons don’t replicate so you really need to look after the genetic material. I think that DNA repair machinery and factors that protect against DNA damage are the most important means to maintain homeostasis in the brain.”

One such condition linked to DNA damage is Huntington’s disease, a severe and progressive neurodegenerative disorder often affecting people in their forties. It is caused by an expanded number of DNA repeats which are unstable, leading to accumulations of toxic protein in neurons. Teaming up with Prof Sarah Tabrizi (UK DRI at UCL), a world-leading expert in Huntington’s, Dr Balmus was keen to pursue investigations into the role of DNA repair, a known modifier of age of onset and severity in the disease.

“With Sarah, we thought it was a good opportunity for collaboration because she’s a clinician and I’m a basic, discovery researcher. We aim to bridge gaps, bringing basic science through to the clinic.”

The partnership has already proved fruitful with receipt of a UK DRI translational funding award, and publication of a recent Cell Reports article showing that a DNA repair protein, FAN1, can play an important role in reducing Huntington’s toxicity in human cells. With patents already filed, the next steps for the study will be taken in collaboration with a leading biotechnology company, a direction of travel that Dr Balmus believes is critical to delivering much-needed treatments to the clinic. 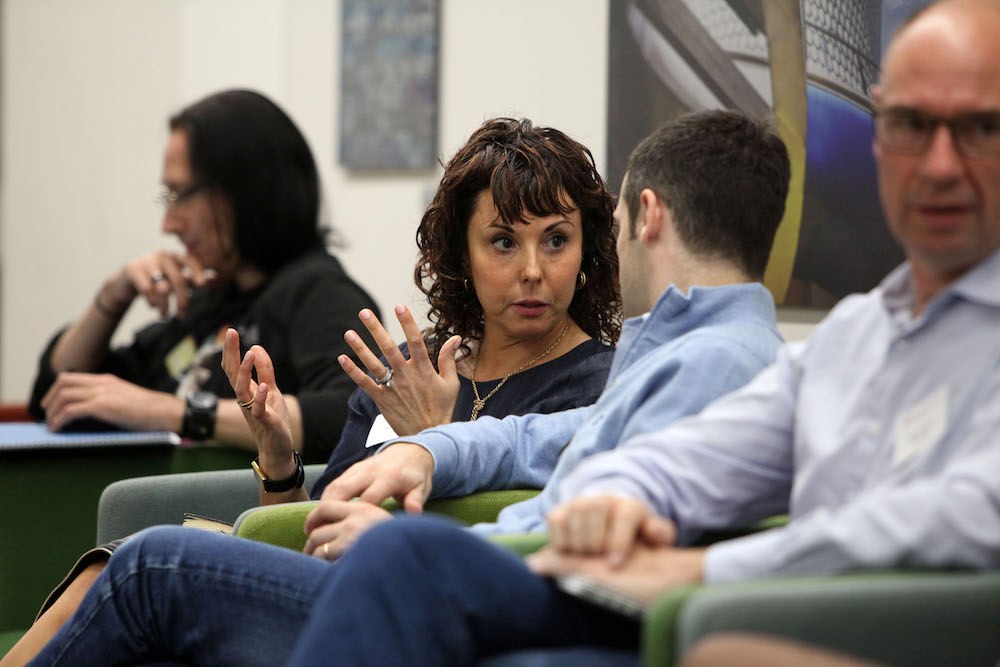 As he himself admits, Dr Balmus’ move to independence was helped by a certain degree of good fortune and timing as the UK DRI at Cambridge was looking to expand into new research areas. Having overcome the challenge of re-establishing several platforms from the Sanger Institute, his lab is now thriving, with advances in research models and technology also allowing him to explore treatment opportunities with his work.

“Many people are interested in targeting DNA repair therapeutically but the slow progress we’ve seen so far is because we didn’t have the appropriate research models that we have today. With these better models, we can now ask relevant research questions. Many of the diseases causing dementia start way earlier than the first symptoms, meaning a large number of neurons are already lost. We need to start investigating disease earlier to define effective therapies from that point, and models like the brain organoids or ‘mini-brains’ have the potential to help us.”

Recently Dr Balmus has been collaborating with Dr Andras Lakatos (Department of Clinical Neurosciences, Cambridge), using a novel human brain organoid to better understand underlying disease mechanisms in amyotrophic lateral sclerosis (ALS) and frontotemporal dementia (FTD). Crucially the organoid cells, which also serve as a tool for drug screening, can survive for 240 days, allowing researchers to study human disease in the context of ageing, a major risk factor for most neurodegenerative conditions. Dr Balmus outlines a further advantage of the model.

“A big issue when running clinical trials is stratification of participants. Even people with seemingly the same disease may have different underlying biology, based on progression stage or a gene variant such as BRCA1 in cancer. The organoid model gives us the opportunity to stratify patients earlier in the therapeutic pathway, creating induced pluripotent stem cells from a number of patients, from a number of different cohorts, and then grouping them based on factors such as how they respond to drug intervention. Huntington's is a good example where there is one gene leading to disease, but then depending on the number of DNA repeats, a different therapy may be required.”

Building and harnessing research models is a major interest of the Balmus lab. In addition to initiatives such as a new cellular platform (IPMAR) launched from UK DRI at Cardiff this year, Dr Balmus believes the Institute and other research networks can work together to characterise several different aspects of these models such as DNA repair, electrical properties of neurons and build-up of toxic proteins.

“I think it's early days with the organoids, but that it’s the right path to follow. We have many disease questions that need answering but if you ask them in an environment that's not relevant, your failure, or even success, can point you in the wrong direction. We want to start making these models available to other researchers with good protocols so they can start using them in their own labs. In this way, it’s not only pushing science for my lab but also for the wider community.” 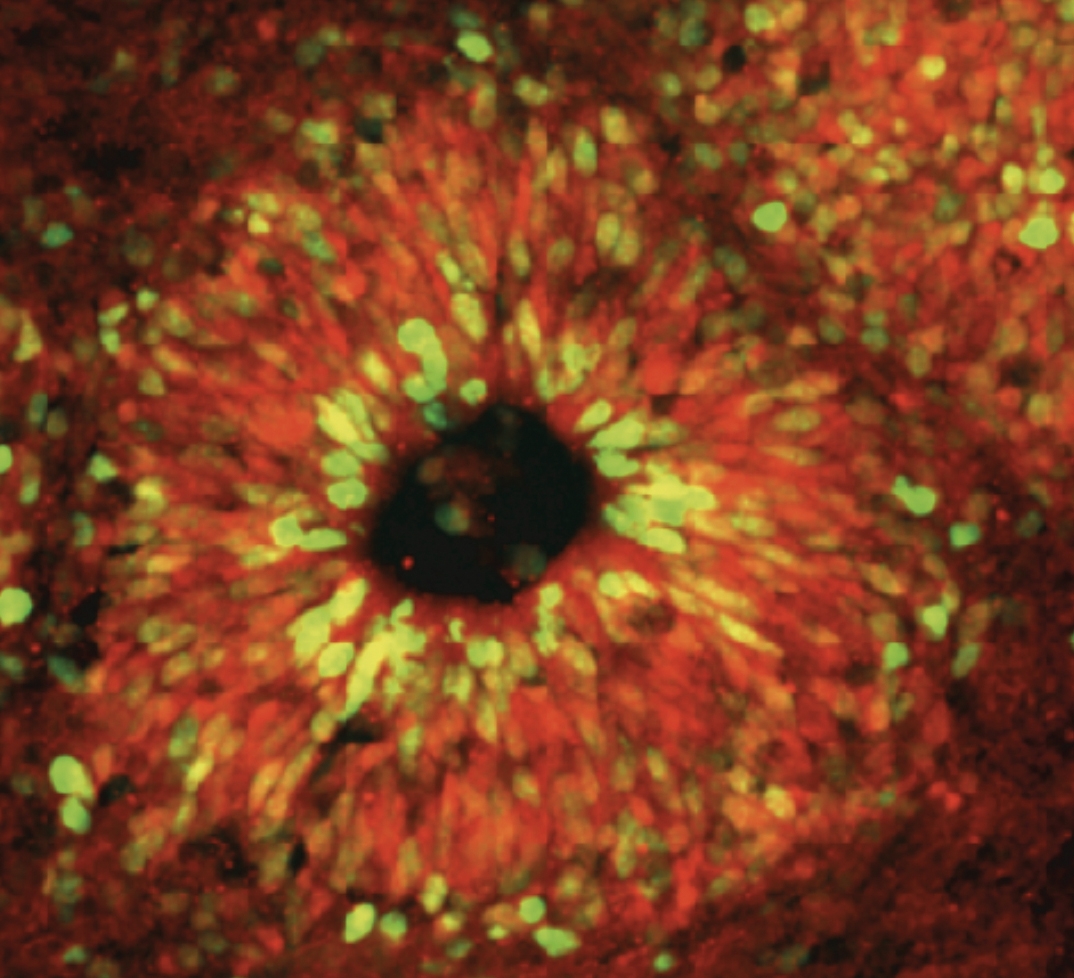 Although Dr Balmus’ research focus thus far has been on Huntington’s, he has ambitions to explore other diseases and their characteristics. There are around 100 repeat DNA expansion disorders, and he believes the knowledge gained from proof-of-concept work in Huntington’s can be transferred across these different conditions. Additionally, he sees vast potential in unlocking the secrets of why ageing is such as important risk factor for many diseases.

“If you take brains from relatively healthy, ‘normal’ people at different ages, you see an increase in the expression of DNA repair pathways at around the age of 40. It's clear that at some point, the brain starts to need more DNA repair. Presumably if you don't have those repair pathways available then the ageing process accelerates. This could be incredibly important for influencing disease and I’m interested to find out how.”

Looking to the future, Dr Balmus is optimistic for effective treatments in neurodegeneration with a new era on the horizon.

“I think the problem in dementia now is that there are very few success stories. It’s possibly what helped the cancer field grow faster. I think the difference from zero to one is bigger than from one to a hundred, because that first breakthrough gives you the hope that you can do it. It means that there's a platform that we can all build upon. That success comes from bringing people together, particularly from different fields, with different points of views in the same room. Within the next 10 years, I expect a big success story which will galvanize the field, and lead us to new treatments. So at the bench, we are very excited.”

For more information on the work of Dr Gabriel Balmus or to explore partnering opportunities with any of the UK DRI Group Leaders, please contact UK DRI Director of Innovation and Business, Dr Kay Penicud.