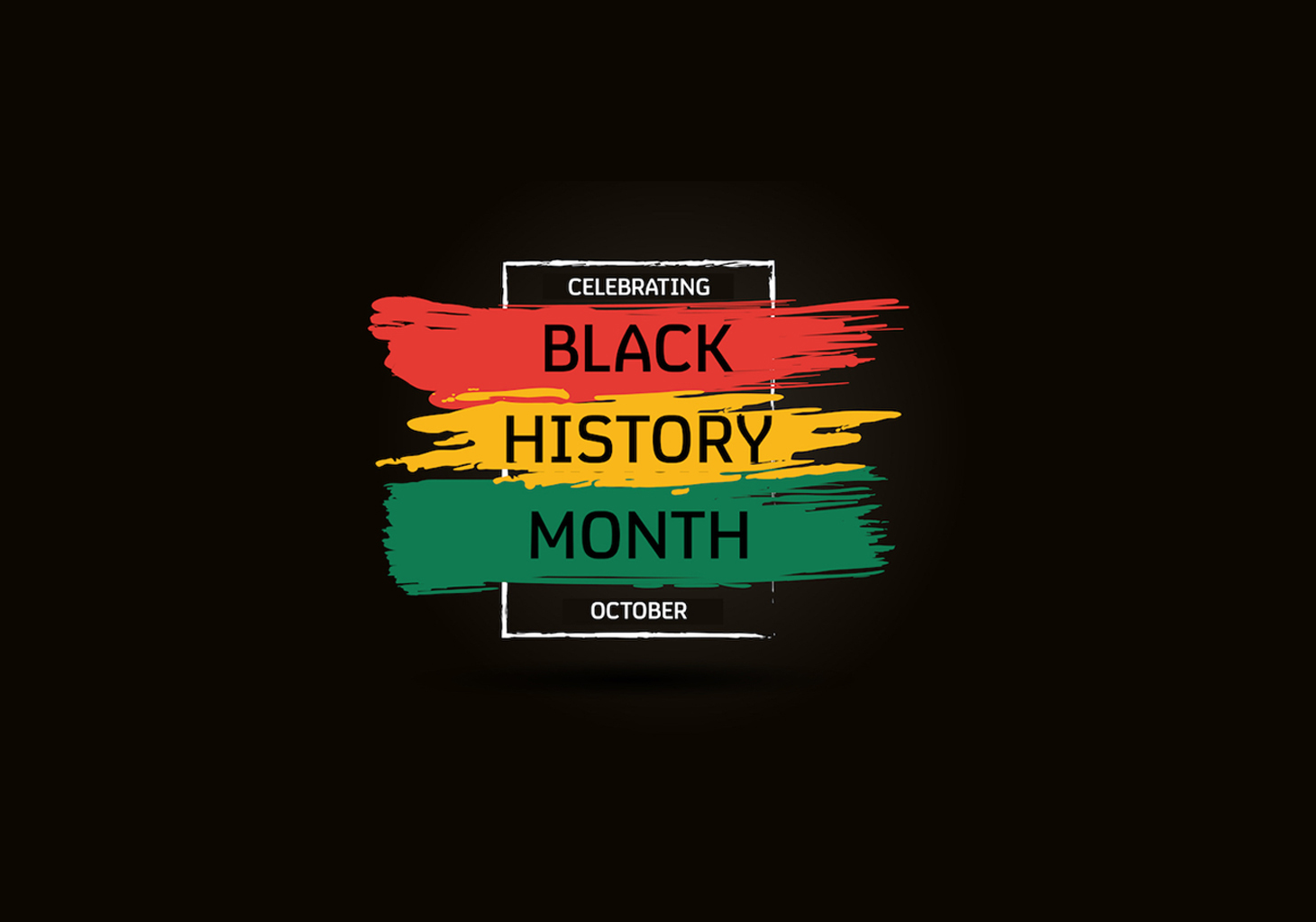 To mark Black History Month this October, the UK DRI community is celebrating the contributions and achievements of scientists with African and Caribbean heritage.

Over the month, our researchers will be highlighting the work of scientists who have inspired them and driven significant progress in brain research. We’ll also be pulling together some great resources to learn more about Black history in research, and information on initiatives to improve diversity and representation in STEM.

Prioritising inclusivity isn’t just the right thing to do – diversity of experience, perspectives and backgrounds increases innovation in science.  Our efforts to increase the diversity of our team, ensure inclusion and promote equality of opportunity, align with our vision for the UK DRI’s Institute culture and identity as a world-leader in dementia research. To find out more about Equity, Diversity and Inclusion (EDI) activity at the UK DRI, please visit our dedicated webpage. 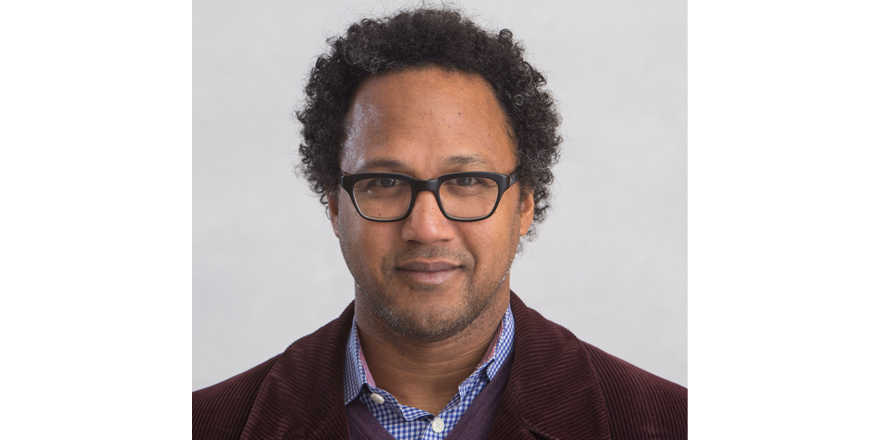 André Fenton is a professor of neural science at New York University where he studies the molecular, neural, behavioural and computational aspects of memory. Using genetic and molecular techniques as well as imaging and electrophysiology, he studies how brains store experiences as memories and how they learn.  André and others discovered PKMzeta as the first molecule that maintains the persistence of memories in the brain by maintaining the enhanced electrical communication at the synapse. This was recognised by Science as one of the ‘Breakthroughs of the Year 2006’.

André and his team have developed an inexpensive, miniature, wireless digital device for rats to record electrical brain activity to determine how the electrical activity affects cognitive impairment and to test behavioural and pharmacological interventions.

When COVID lockdowns closed his lab, André joined a group of technologists to solve the ventilator shortage in New York and the solution is now being used in the Nigerian COVID treatment centres and is being deployed in other low-resource communities.

Outside the lab, André has recorded podcasts for children describing how our brain remembers things and on ‘the magic memory molecule’.  He actively participates in public engagement and can be found dressed as a neuron surrounded by children pretending to be calcium ions, or combining his teaching on the neural basis of behaviour with water balloon fights.

I particularly like how André uses a wide range of techniques to answer some of the fundamental questions in neuroscience and because he has produced new pieces of equipment which are easily available to researchers in the field.  He is very keen on outreach (see science podcast for kids) and inspiring the next generation to become neuroscientists! 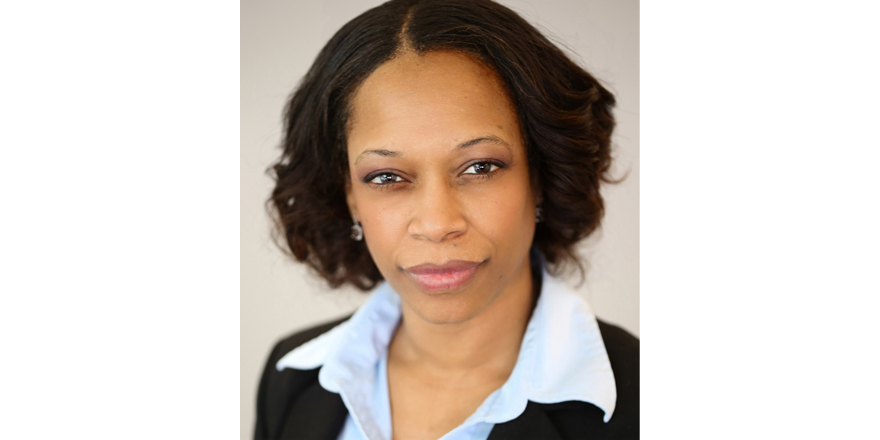 Jamaican-born, neuroscientist Prof Dr Yasmin Hurd is globally recognised for ground-breaking studies investigating the underlying neurobiology of substance abuse and comorbid psychiatric disorders. She is currently the Ward-Coleman Chair of Translational Neuroscience and the Director of the Addiction Institute in the Behavioural Health System at Mount Sinai, New York, USA. Her lab uses a translational approach to identify risk factors for addiction disorders, such as genetics or exposure to drugs, such as marijuana, in childhood and adolescence.

I’m particularly inspired by Prof Hurd because she is heavily involved in the public outreach of her research, making it accessible and available for others. Her research has attracted considerable attention from the media, given the interest around the legalisation of medicinal marijuana. Previously, her research featured on the cover of TIME magazine in May 2015 and she continues to be vocal in this area, producing a number of podcasts, speaking at TEDMED 2020 and featuring in a 2021 Netflix series called “The Business of Drugs”. 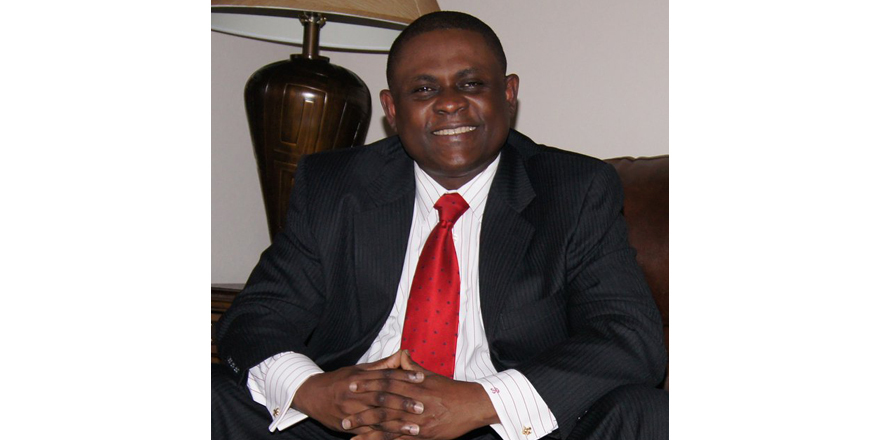 Dr Bennet Omalu, a Nigerian-born pathologist was amongst the first to bring the issue of brain damage in retired NFL players to light. Chronic Traumatic Encephalopathy (CTE), a progressive brain condition that is thought to be caused by repeated episodes of concussion, is particularly associated with contact sports. Back in 2002, when Dr Omalu was with the Allegheny County coroner’s office in Pittsburgh, Pennsylvania, he was assigned to perform an autopsy on Mike Webster. Mike Webster also known as “Iron Mike”, was a professional NFL player who before his death at the age of 50, had started to show signs of mental health deterioration. Upon examination of his brain, Dr Omalu discovered the presence of amyloid plaques and disperse tau tangles. Although CTE was originally described back in 1928 by Dr Harrison Martland, there were only 50 cases confirmed between 1928 and 2005, when Dr Omalu published his findings in Neurosurgery. Dr Omalu’s findings were a source of criticism in the field, with some describing the definition of CTE and the criteria he used as extremely broad. I nevertheless found the way he shone a light to this increasingly growing condition inspiring. Dr Omalu was portrayed by Will Smith in the 2015 film Concussion.

Founded in 2010 by Dr Rebecca McKelvey, In2ScienceUK is an organisation which provides young people from low-income and disadvantaged backgrounds an opportunity to gain practical insight into the STEM sector as well as the knowledge and confidence to progress to university. Each year they receive over 2,000 student applications and give nearly 500 students the opportunity to take part in life-changing STEM placement opportunities, working alongside researchers and industry professionals to get hands-on STEM experience over the summer.

Earlier in the month, In2scienceUK launched the In2research programme to improve diversity at the PhD level and beyond, by bridging the gap between undergraduate and postgraduate study. Funded by DeepMind, Cancer Research UK and Sainsbury Wellcome Centre, the initiative will provide paid summer placements in STEM research at top universities for people from disadvantaged backgrounds to gain insight into postgraduate research.

You can express your interest in taking part in the programme as a student, or volunteer as a research mentor now. 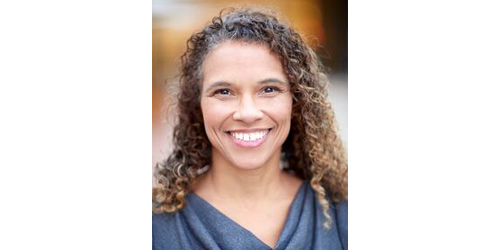 Gina Poe, a Professor at the University of California, Los Angeles (UCLA), is an American neuroscientist specialising in the study of sleep and its effect on memory and learning. Her lab investigates how neural patterns underlying learning are reactivated during sleep to encode and consolidate memories, and the importance of this process in memory impairment disorders, such as Alzheimer’s disease, schizophrenia and post-traumatic stress disorder (PTSD).

I am particularly inspired by Prof Poe because of her role in helping under-represented students gain access to the field of neuroscience. Prof Poe organises and teaches the Summer Program in Neuroscience Excellence and Success (SPINES) courses, which are targeted at under-represented students and she currently serves as the Director of Diversity in Outreach and Education Programs at UCLA. Prof Poe is an advisory board member of the‘Black in Neuro’ organisation and is passionate about increasing access to academic resources, academic retention and encouraging students to pursue graduate school. 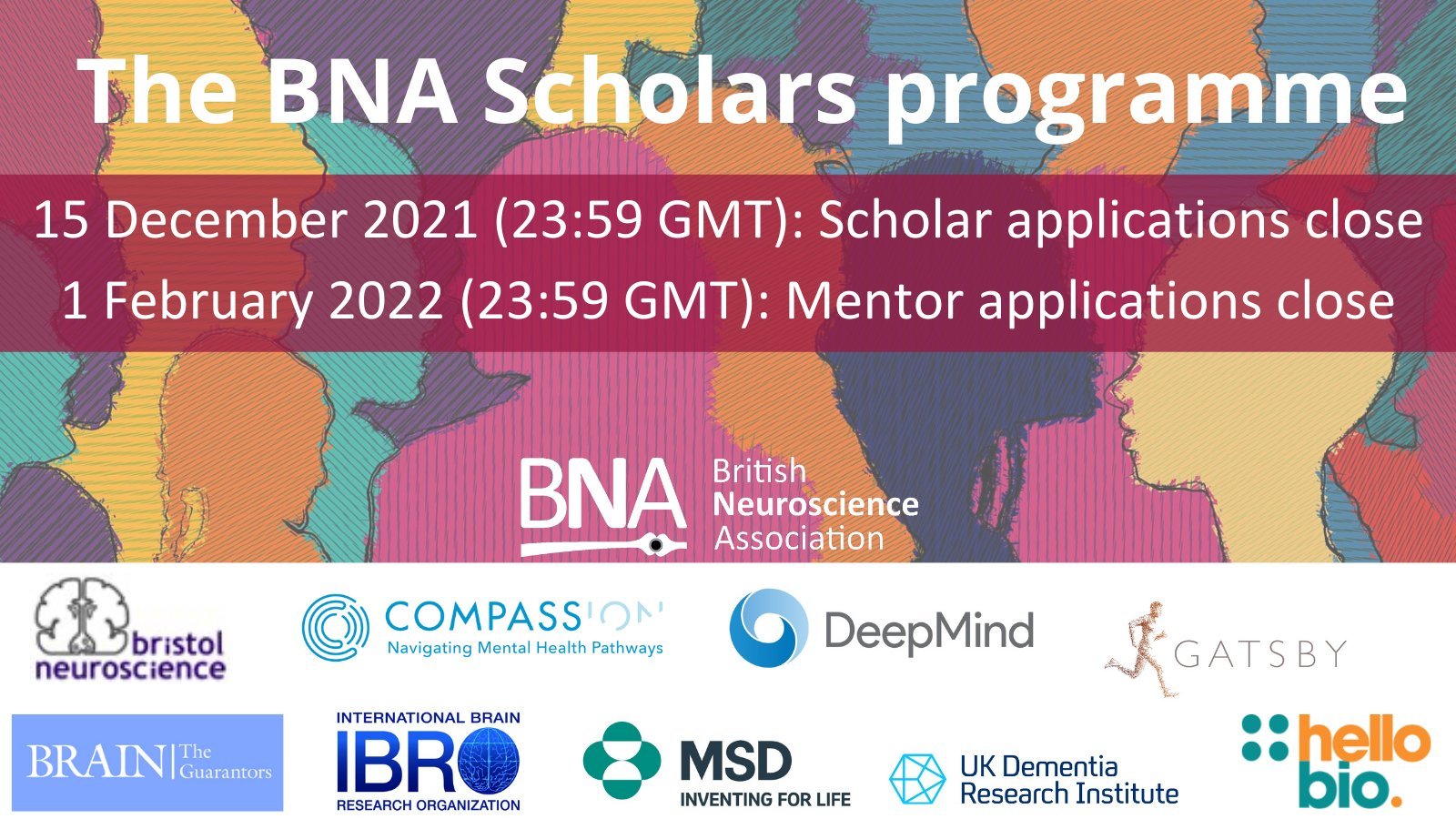 We’re very proud to be a Founding Supporter of the British Neuroscience Association’s (BNA) Scholars programme, launched at the beginning of the year to support students from currently under-represented ethnic groups in neuroscience and build a supportive community through networking opportunities, bursaries and mentorship.

Mentorship and networking opportunities remain at the core of the programme, but Scholars also receive additional benefits such as membership to the BNA and Federation of European Neuroscience Societies (FENS), free registration and funding towards the BNA Festival of Neuroscience and a £300 career development grant from HelloBio.

Applications are now being accepted until the 15 December for the second cohort of students, in addition to applications for mentors until 1 March 2022. Please visit the BNA website for further details.

With the sort of work that I have done, I might have gone farther and reached a higher plane had it not been for the colour of my skin. Dr Solomon Carter Fuller (1872–1953) 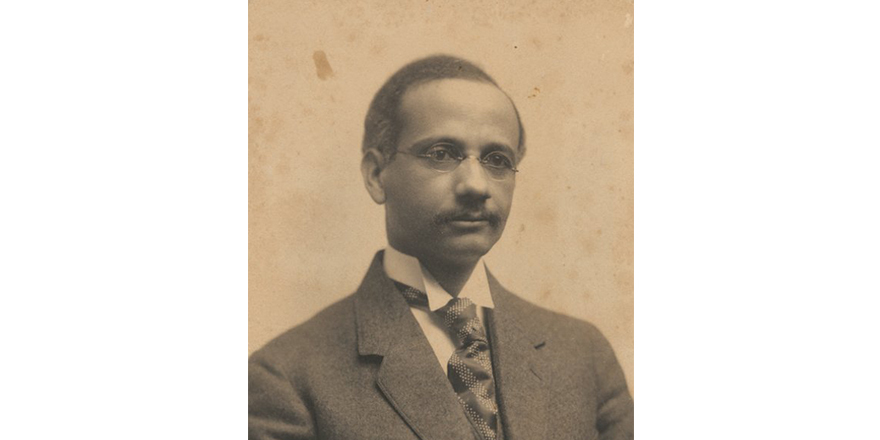 Dr Solomon Carter Fuller (1872-1953) was the first known Black African/American neurologist and psychiatrist. Upon his graduation from medical school at Boston University School of Medicine, Dr Fuller was selected by Dr Alois Alzheimer to join him as one of five research assistants in Germany at the Royal Psychiatric Hospital in Munich. It is through this work to help define Alzheimer’s disease that Fuller became one of the pioneers of dementia research. Though little is known of the extent of his work in Alzheimer’s laboratory, it is understood that Dr Fuller assisted in anatomical preparations of brain samples and translated much of Alzheimer’s work into English. Fuller immigrated to the United States from Liberia at the age of 17, the grandson of a freed slave, and gained his BA degree in 1893 from Livingstone College (Northern Carolina), an historically Black private college. He then completed his medical studies at Boston University before taking a position at Westborough State Hospital, where he returned to after his role in Germany with Alzheimer. After Westborough, he held several professorial positions at Boston University including Associate Professor of Neurology, but faced racial discrimination, being paid less than his white colleagues. His contributions to neurology both in the US and Germany were truly valuable, including documenting some of the first cases of dementia and the associated senile plaques in the brain. He is celebrated by the American Psychiatric Association who present an annual Solomon Carter Fuller Award lecture.

I am really glad to have been introduced to Dr Fuller by a colleague in the Lab. I was hugely grateful to be reminded that much of the work – such as that of Alois Alzheimer – was also conducted by a team of people such as Dr Fuller. I am particularly inspired by his resilience in the face of racial discrimination, which he evidently encountered throughout his career.

Being Black in physiology: diversity for scientific excellence

In the UK, less than 1% of university professors are Black. Dr Dayne Beccano-Kelly, UK Research and Innovation Future Leader Fellow and Group Leader based at UK DRI at Cardiff has been involved in the creation of a new video emphasising the importance of diversity in physiological research. The video, produced by The Physiological Society, interviews three Black academics about their experiences in academia, and highlights the fantastic research that they are carrying out to improve our understanding of how the body works in health and disease. Find out more about initiative and watch the films on the Physiological Society’s website.