Dr Axel Montagne, Group Leader at UK DRI at Edinburgh, has been awarded this year’s SCOR Young European Researcher Prize from Fondation Recherche Alzheimer based in France. We caught up with Axel to find out more about what receiving the prize means to him, his experiences of joining the UK DRI last year and his research into dysfunction of the blood-brain barrier.

Dr Montagne’s research career began with his PhD at the University of Caen. For his postdoctoral studies, Dr Montagne joined the University of Southern California in 2012, becoming Assistant Professor in 2016 then Associate Professor in 2020. In December 2020, he made the leap across the pond, joining the UK DRI at Edinburgh and other world-leading experts studying the brain’s vasculature in neurodegenerative disease. In addition to this European Young Researcher Prize, Dr Montagne was also recently awarded a prestigious MRC Career Development Award for his project “Interplay between brain endothelial cells and pericytes in brain health and disease”. 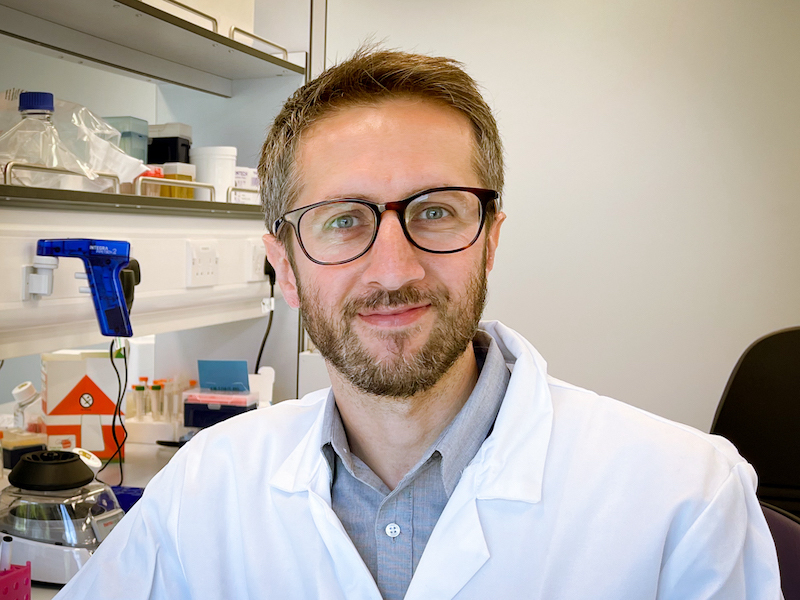 Hi Axel. I'd first like to take the opportunity to congratulate you on being awarded the 2021 European Grand Prix for Young Researcher. What does this mean to you at this point in your research career?

I’m surprised, but on the other hand, I'm very happy to get this award, especially as it’s from the Alzheimer's research foundation based in France. It means a lot to get something out of my hard work. I hope it’s the start of a long story.

What attracted you to start your own lab at the UK DRI at Edinburgh, and what's your experience been so far, especially given the challenges of the pandemic?

I think Edinburgh is probably the best place in Europe to research how vascular dysfunction leads to dementia, so it was a logical move for me and I’m happy with how things have been going in the lab so far. I’ve known Prof Joanna Wardlaw from UK DRI at Edinburgh for several years, as she was part of an international network with my former supervisor in the US, Prof Berislav Zlokovic.

Luckily, the pandemic didn’t have too much of an impact on my family’s move over here, as we got a lot of help and support from some great people. In fact, it was a presentation that I gave in a virtual conference near the beginning of the pandemic that led to Centre Director Prof Giles Hardingham contacting me about joining the UK DRI at Edinburgh.

How did you become interested in studying the role of the blood-brain barrier and cerebrovascular dysfunction in neurodegeneration?

I’m a strong believer in fixing the blood vessels to keep our brain healthy. Unfortunately, I lost my stepfather during my postdoc in the US, when he suffered a haemorrhagic stroke. 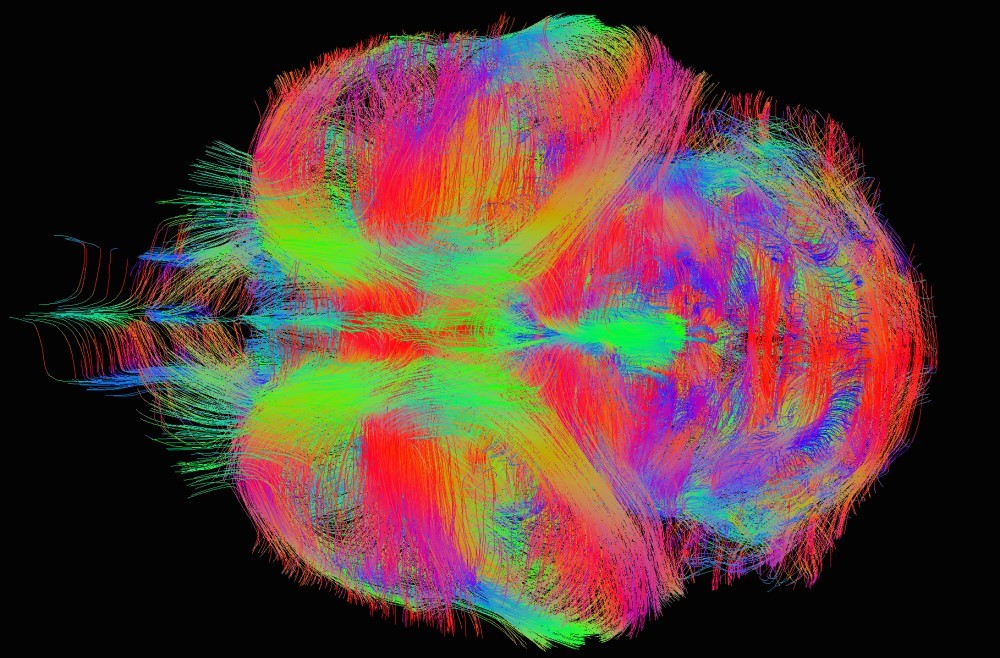 A 3D representation of the connections between neurons in the mouse brain, produced from a type of MRI scan. Each line represents a bundle of axons which connects neurons into networks.

What do you think has been the most exciting innovation in the study of the blood-brain barrier in neurodegenerative disease?

There is a technique called transcriptomics analysis that allows you to look at the gene expression of many different cell types in the brain and try to relate this to their functions. What has been found very recently is that the blood-brain barrier is not uniform throughout the brain. For instance, there are different gene expression patterns depending on if you look at the frontal lobe or the hippocampus, which is the main region of learning and memory that is affected early in Alzheimer's disease. I think it's fascinating, because we were thinking about the blood-brain barrier being the same everywhere in the brain and the spinal cord, but it's not, and that may have huge implications for diseases.

What interested you in using and developing imaging techniques, such as magnetic resonance imaging (MRI), for the study of neurodegeneration and what advantages do they bring over, for example, microscopy techniques?

As you can use MRI on animals and humans, I think the main advantage is the translational aspect and having the ability to compare results from research models to people. I think there is nothing better than MRI in terms of temporal and spatial resolution, so you can get very high-resolution images that you cannot get with any other techniques like computed tomography (CT) or positron emission tomography (PET) imaging. I'm still combining these MRI methods with two-photon microscopy, where you can use a laser to watch the individual vessels in a rodent brain. I think those two techniques complement each other really well.

How do you feel that the appreciation of the role of the blood-brain barrier in dementia has changed in recent years?

Initially, people thought that Alzheimer’s disease was just about amyloid plaques in the brain. Now, studying the role of the blood-brain barrier has become very popular. The new techniques have helped with this as we can detect very small leakages that you cannot see with a human eye and obtain quantitative values. There's now more competition in the field, which is exciting, and more discoveries will come quickly. It's good for research and, most importantly, for people living with these neurodegenerative diseases.

MRI scans on two participants, one cognitively normal and one cognitively impaired, investigating brain lesions (bright signals on FLAIR scans) and blood-brain barrier leakage. The participant with mild dementia (right) has white matter lesions as well as a leaky barrier, as reflected with warmer colours yellow and red.

You've recently published a paper in Nature Aging about the role of APOE4, a variant of apolipoprotein E associated with Alzheimer's disease, on vascular function and neurodegeneration. Could you explain the main findings of the study and what you think the implications are for studying the mechanisms of neurodegenerative disease?

By introducing a form of APOE associated with a higher risk of Alzheimer’s, APOE4, into a mouse model of the disease, we observed leakier blood vessels in the brain and faster progression of the disease. Looking deeper into the mechanism, APOE4 is unable to interact with an important receptor found on pericytes, which usually triggers signalling pathways that protect the blood-brain barrier.

Instead, the pericytes activate an inflammatory pathway, involving the molecule cyclophilin A, which leads to key components of the barrier being degraded. We found a drug that inhibited cyclophilin A and, amazingly, we were able to restore the barrier function in the mouse model of disease. The results are showing us that we can actively target the blood-brain barrier with treatments for brain health and dementia.

Do you think that research into the dysfunction of the blood-brain barrier that occurs during neurodegenerative disease could potentially lead to advancements in diagnosis of these conditions?

We have ways to do brain imaging with MRI and look at the blood-brain barrier. The problem is that blood-brain barrier dysfunction is not specific to Alzheimer's disease. That would be too easy. It's very common in many dementias, such as cerebral small vessel disease, Parkinson's disease and multiple sclerosis.

We know that blood-brain barrier function is very important, and we have ways to measure this by looking at certain biomarkers in blood samples and cerebrospinal fluid. Additionally, together with MRI scans, we are looking at these blood-brain barrier markers over a long time in people at risk of developing Alzheimer's disease and trying to see whether we can predict cognitive decline or brain changes. These methods now have to be validated on bigger cohorts of people living with dementia.