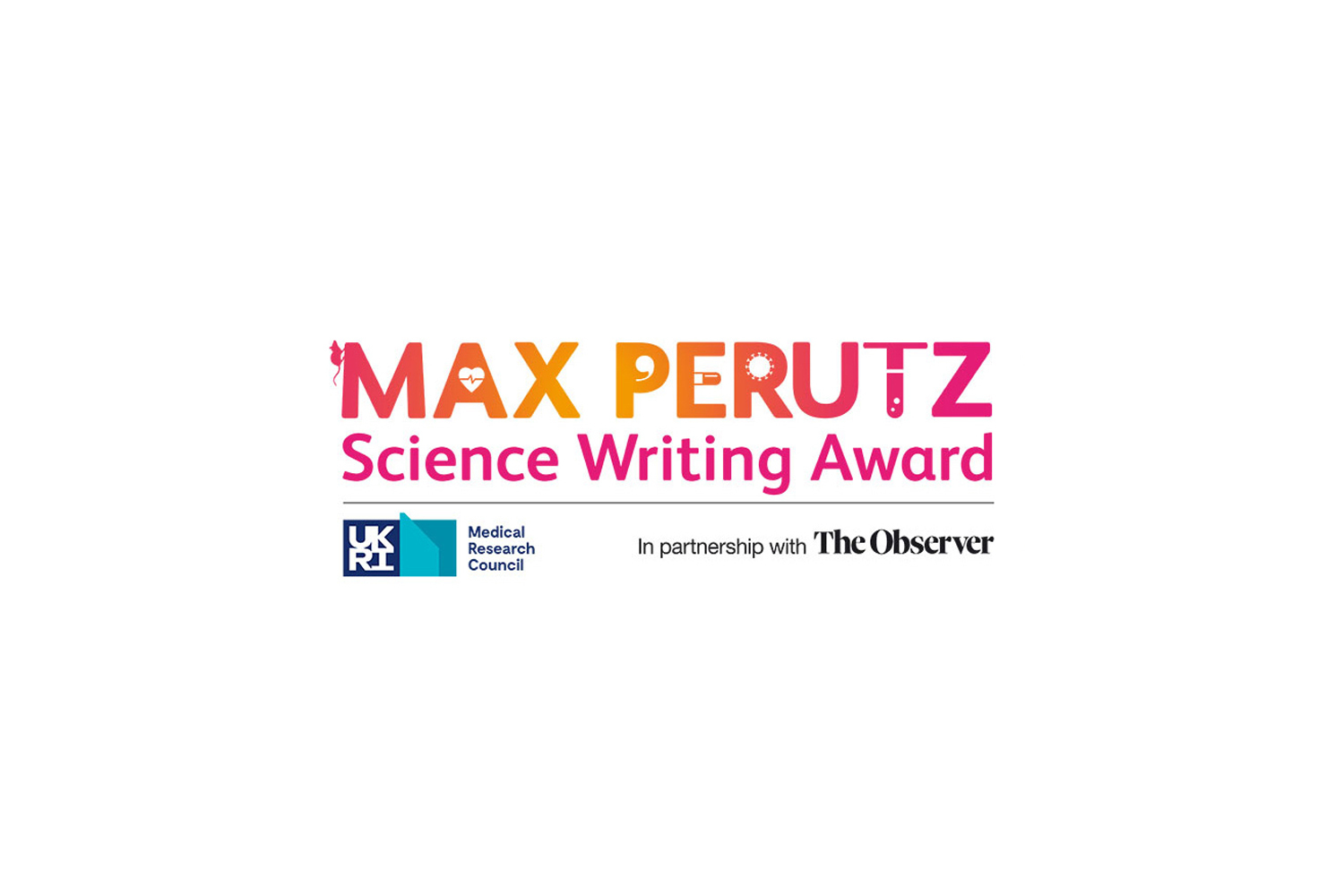 At a virtual awards ceremony on the evening of 21 October, the MRC recognised the science-writing efforts of 10 PhD students shortlisted for their annual prize. Now in its 24th year, the Max Perutz Writing Award, aims to encourage outstanding written communication by MRC PhD students. It challenges students to explain why their research matters in 1,100-words for a non-scientific audience. The award is named after the eminent scientist and Nobel Laureate Dr Max Perutz, an accomplished and natural communicator who died in 2002.

Catherine and Imogen, based in the labs of Dr Adrian Isaacs and Prof Jonathan Rohrer (Dementia Research Centre, UCL)/Prof Henrik Zetterberg respectively, brilliantly capture the aims of their PhD projects investigating the underlying causes of dementia. In addition to successfully translating the complexities of their science to a lay audience, the pair crucially convey why this research is so important to the millions of people affected by these devastating diseases. You can read both articles below in full.

The overall winner of this year’s award was Vicky Bennett from the GW4 BioMed MRC Doctoral Training Partnership at the University of Bath. Vicky’s article ‘Cranberry juice won’t cut it anymore’ is about identifying potential drugs that could be re-purposed to target drug-resistant bacteria that cause urinary tract infections (UTIs). In addition to receiving a cash prize of £1500, the article was featured in The Observer. Catherine’s article ‘Teatime at grandma’s’, about her investigations into the genetic causes of dementia, picked up a £750 runners-up prize.

In the afternoon before the ceremony, the shortlisted students had the chance to attend a virtual science writing masterclass led by Dr Claire Ainsworth from SciConnect, and all 10 shortlisted students will receive a year free membership from the Association of British Science Writers (ABSW).