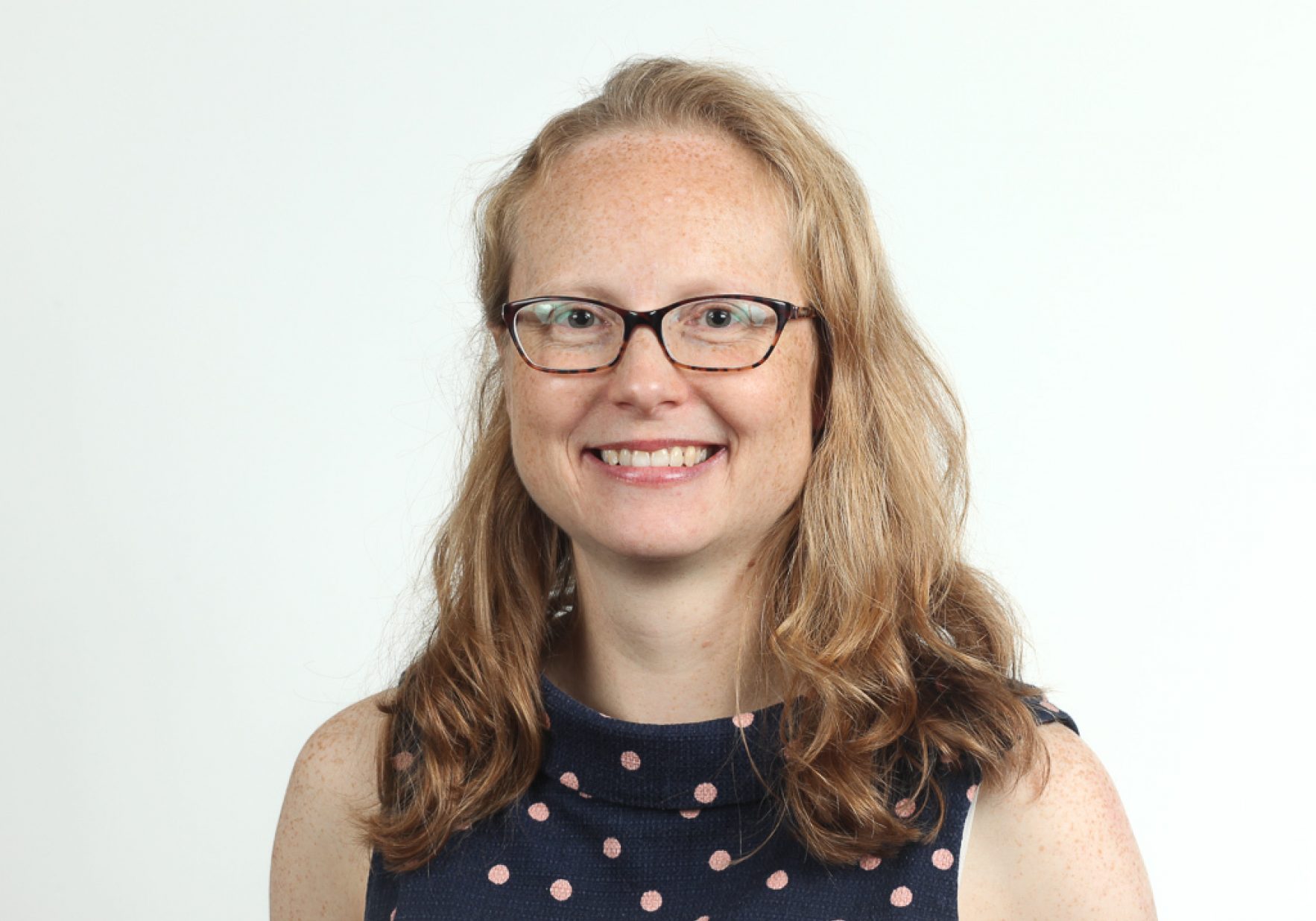 "Early-onset dementia shortens the lives of people who have Down syndrome. By bringing together cutting edge Down syndrome and dementia research, I aim to prevent this." Frances Wiseman
UK DRI Programme Leader for Animal Models & Group Leader

Dr Frances Wiseman comes to the UK DRI to investigate Alzheimer’s disease in individuals with Down syndrome. Having completed a PhD researching Prion disease at the University of Edinburgh, Frances took up a research associate position at UCL and has developed vast expertise in Down syndrome and animal models. For this, she was awarded the 3R prize for reduction of animal use in 2016. Currently an ARUK Senior Research Fellow Frances takes on the additional role of ‘UK DRI Programme Leader for Animal Models’. She is also part of the London Down Syndrome Consortium - a large, multidisciplinary group of clinicians, human geneticists, developmental psychologists, mouse geneticists, psychiatrists and cellular scientists working towards understanding dementia in people with Down syndrome.

Developing treatments against dementia in people with Down syndrome

There are an estimated 6 million people living with Down syndrome (DS) worldwide – a disease characterised by developmental delay and mild-moderate intellectual disability caused by an extra copy of chromosome 21. A large number of these individuals will also develop dementia (AD-DS) - similar to Alzheimer’s disease in the general population (AD) – and tragically, there are no treatments available to stop or reverse disease progression.

Dr Frances Wiseman aims to change that. Individuals with AD-DS show greater levels of an abnormal protein build-up in the brain, amyloid beta - a key characteristic and potential driving force in disease progression - than those with AD. Previously scientists thought this happened solely because people with DS have an extra copy of the gene that codes for amyloid beta, however, Frances' team recently showed that another gene on chromosome 21 also contributes to this. In this programme, they will work to investigate this further.

There has been a recent surge of interest in the role of the immune system in dementia-related conditions like AD. People living with DS have an increased risk of infectious and autoimmune diseases, and Frances thinks inflammation may be playing a key role in AD-DS. She aims to explore this by deciphering crucial signalling pathways driving inflammation that may be hastening disease progression.

If Frances is successful in identifying key components driving AD-DS pathogenesis, therapeutics could be developed to target them and help the millions living with DS worldwide.

There are an estimated 6 million people with DS worldwide and in developed countries the vast majority of these individuals will develop dementia, causing their early death. Alzheimer’s disease in people with Down syndrome (AD-DS) has much in common with Alzheimer’s disease (AD) in the general population, but historically is under studied because of its complexity. In addition to this significant clinical need, AD-DS is a perfect patient population for proof-of-principle early intervention strategies for AD, as the course of disease is tractable and at-risk individuals are identified at birth. However, success of this strategy requires a deeper understanding of the biology of AD-DS, so that the “right-drug” and “right-time” for intervention is selected. The genetic cause of DS is well-defined, but relatively complex compared to single gene disorders, and much is still to be discovered about this common cause of dementia. In this UK DRI programme, Frances aims to address two main research questions:

1) Why do people who have AD-DS have higher plaque load than those with AD caused by APP duplications?

2) How do trisomy immune system differences affect neuroinflammation and dementia in AD-DS?

People who have DS have an increased risk of infectious and autoimmune diseases. In young adults with DS, pro-inflammatory cytokines are raised, and complement and INF-γ altered. Microglia in people who have AD-DS have a very different activation profile to AD in the general population. Similar changes occur in DS animal models and Frances has recently discovered the involvement of inflammasomes and cathepsin B. Her team aim to identify the gene responsible for cathepsin B deficits in DS and ascertain whether this affects neuroinflammation in AD-DS e.g. microglial lysosomal membrane permeabilization, microglial activation, inflammasome formation. Additionally, Frances aims to determine which chromosome 21 genes alter the microglia response in AD-DS, and how this response is altered. She will stimulate (e.g. Aβ, LPS) organotypic slices from DS mouse models to explore this question and investigate translational relevance by studying human post-mortem material alongside.

The overall aim of Frances and her group is to develop an effective treatment for AD-DS. Main objectives are:

1. To understand why people who have AD-DS have higher plaque load than those with AD caused by APP duplications. Identify the causal gene on chromosome 21, its role and investigate in human post-mortem brain tissue.

2. To determine if trisomy immune system differences affect neuroinflammation and dementia in AD-DS. Investigate whether cathepsin deficits in DS affect AD-DS neuroinflammation e.g. through microglia, inflammasome, synaptic dysfunction. Identify chromosome 21 genes responsible for altering the microglia response in AD-DS, how it is altered and consequences for dementia.

Watch a recent full lecture given by Frances here

In addition to her research programme, Dr Frances Wiseman is the ‘UK DRI Programme Leader for Animal Models’. The utilisation of mammalian animal models is fundamental to much of the research that takes place in the dementia field, and basic biomedical investigation as a whole. However, there is still much to be done to refine these models so that the research translates into the development of effective therapeutics in the clinic. As part of the role, Frances will develop a collaborative programme and direct a team effort to improve the value of genetically and non-genetically modified rodent models in dementia research. The UK DRI are particularly interested in innovative technologies to analyse brain function in vivo, and novel ways to create better models for disease. From the UK DRI at UCL and MRC Harwell, Frances will coordinate this massive effort and be the first point of contact for enquiries related to animal research.

Read a Q&A with Frances to find out more about why animal models are still critical to dementia research and how she will be supporting the whole institute in improving resource facilities in this area.