Prof Carla Shatz’s research aims to understand how early developing brain circuits are transformed into adult connections during critical periods of development. Her work, which focuses on the development of the mammalian visual system, has relevance not only for treating disorders such as autism and schizophrenia, but also for understanding how the nervous and immune systems interact. Prof Shatz graduated from Radcliffe College in 1969 with a B.A. in Chemistry. She was honoured with a Marshall Scholarship to study at University College London, where she received an M.Phil. in Physiology in 1971. In 1976, she was the first woman to receive a Ph.D. in Neurobiology from Harvard Medical School, where she studied with Nobel Laureates David Hubel and Torsten Wiesel. During this period, she was appointed as a Harvard Junior Fellow.

From 1976 to 1978 she obtained postdoctoral training with Dr. Pasko Rakic in the Department of Neuroscience, Harvard Medical School. In 1978, Prof Shatz moved to Stanford University, where she attained the rank of Professor of Neurobiology in 1989. In 1992, she moved her laboratory to the University of California, Berkeley as Professor of Neurobiology and an Investigator of the Howard Hughes Medical Institute. From 2000-2007 she was Chair of the Department of Neurobiology at Harvard Medical School and the Nathan Marsh Pusey Professor of Neurobiology. In recognition of her contributions, in 1992, she was elected to the American Academy of Arts and Sciences, in 1995 to the National Academy of Sciences, in 1997 to the American Philosophical Society, in 1999 to the Institute of Medicine, and in 2011 she was elected a Foreign Member of the Royal Society of London. 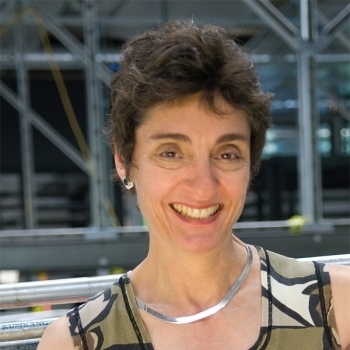