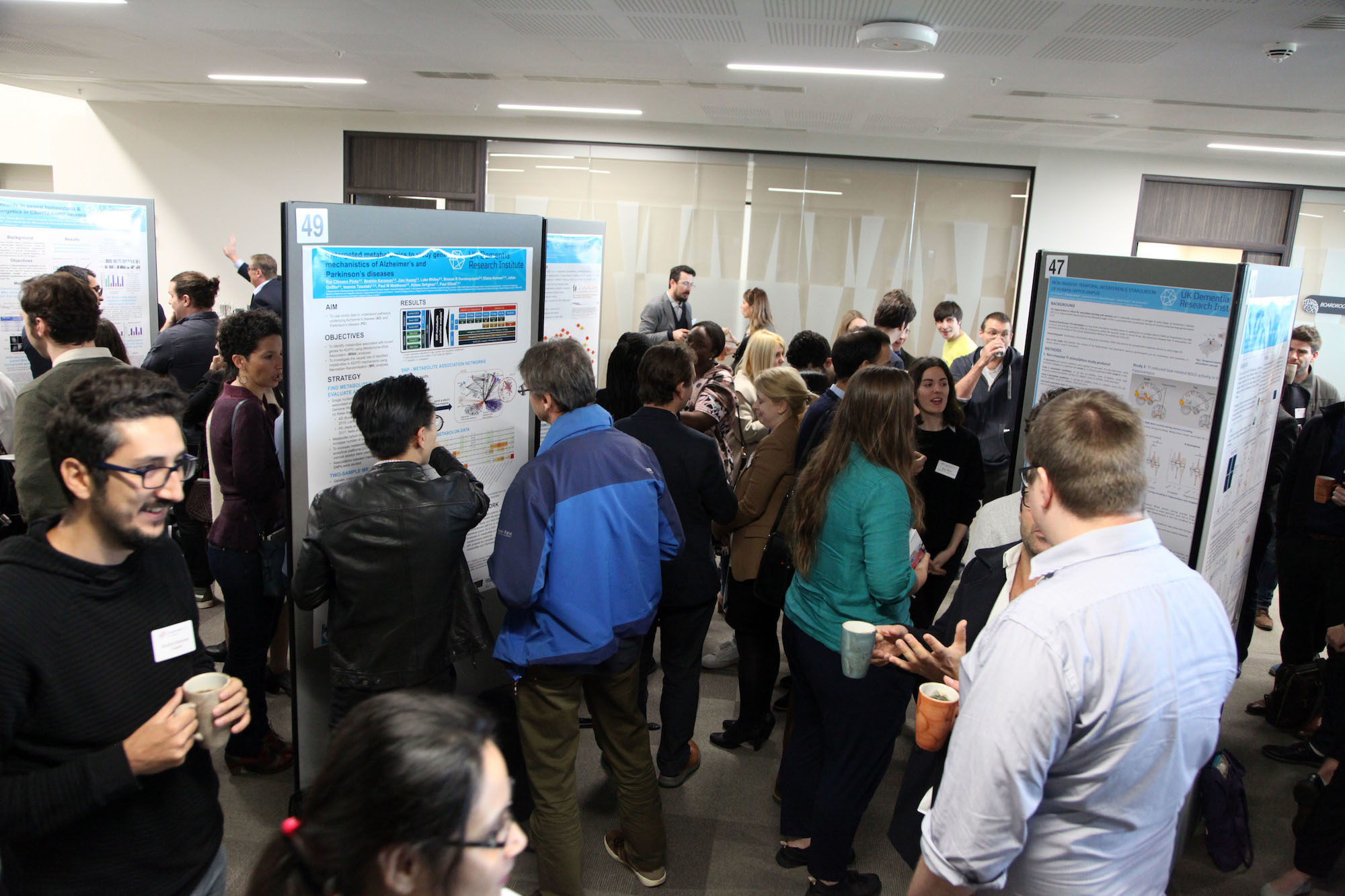 We are thrilled to announce the 10 awardees in the second round of the UK DRI Pilot Projects programme – an initiative designed to encourage UK DRI post docs to consider new and innovative ways to tackle dementia.

From a pool of 25 applications, the scientific review panel had the difficult job of selecting those that fulfilled the criteria of high scientific merit, novelty and the potential for the project output to be used to obtain major external funding. Those chosen will receive up to £44,000 (direct costs) for up to one year.

The panel were delighted with the calibre and diversity of projects submitted from across centres, which range in subject from sleep to DNA repair. The 10 projects selected can be seen below with further details at the end of the article.

We would like to congratulate those awarded in this round and look forward to following progress made over the next year. We will keep you updated on the dates for round three of the Pilot Award Programme so keep an eye out for further details. 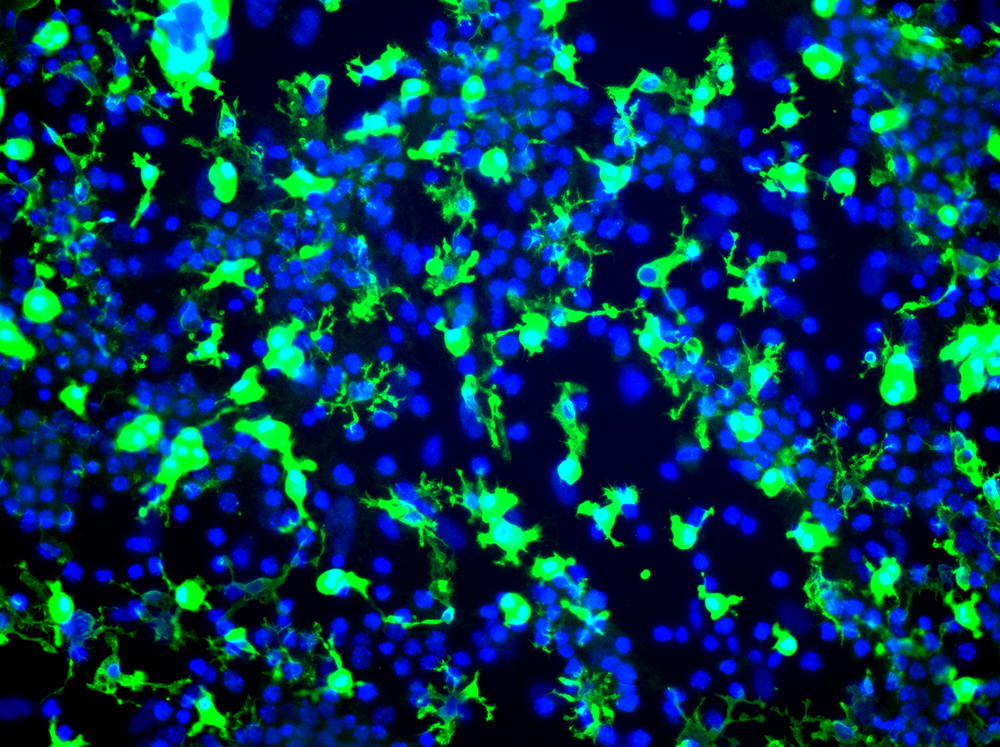 Dr Li is collaborating across three UK DRI centres to share expertise and improve methods of early diagnosis of the diseases associated with dementia. In this project he aims to develop a graphene biosensor for the diagnosis of early neurodegenerative disease which will eventually help in clinical trials for disease-modifying treatments and preventative strategies.

Identifying signalling factors that can slow harmful inflammation in the brain

Dr Qiu plans to use this award to study the relationship between microglia and two other types of cell in the brain – neurons and astrocytes. It is thought that both these cell types can suppress inflammation brought about by microglia, but the question remains, do they work alone or as a team? By co-culturing these cells, she will explore this theory with the aim of finding new ways to decrease harmful brain inflammation and slow the progression of diseases that cause dementia.

Dr Hoekstra’s work is inspired by her interest in the function of sleep in cognition and neurodegenerative diseases. Disruption of the sleep-wake cycle occurs in the early stages of dementia which has led her to suspect that these changes in sleep may accelerate disease development. When we sleep, brain temperature decreases, thereby potentially increasing levels of cold-induced proteins. In a mouse model of Alzheimer’s disease, boosted levels of cold-induced proteins can enhance connections between brain cells and improve learning and memory. Dr Hoekstra will investigate if these signals are sleep-dependent and if they are impaired in a mouse model for Alzheimer’s Disease. Her research can lead to the development of technologies boosting those neuro-protective pathways during sleep, preventing cognitive and neurological damage later in life.

The role of oligodendrocytes in Alzheimer's disease

Until recently, much of the research in Alzheimer’s disease has centred on the neurons in the brain. However, there are many other different cell types in the brain, and it is not clear what role these may play in the progression of Alzheimer's disease. Dr Rajani studies the interaction between neurons and these other cell types, with a particular focus on the brain cells that wrap around neurons and help them function - oligodendrocytes. He will use both brain tissue and oligodendrocyte cells grown in the lab to understand how these cells change and contribute to Alzheimer's disease.

Cerebral small vessel disease commonly leads to vascular dementia and contributes to symptoms of Alzheimer’s disease. It starts with dysfunction of the endothelial cells that line blood vessels, and signals from these cells disturb the maturation of the oligodendrocytes that support rapid communication between neurons. However, questions remain as to how these signals are passed from one cell to another. Dr Moss will investigate this relationship using animal models to find out how and why oligodendrocytes are affected – is it a matter of wrong place, wrong time? Can these harmful effects spread throughout the brain?

Project title: ‘In the line of fire: how oligodendroglial wrapping of blood vessels may lead to vascular dementia’ 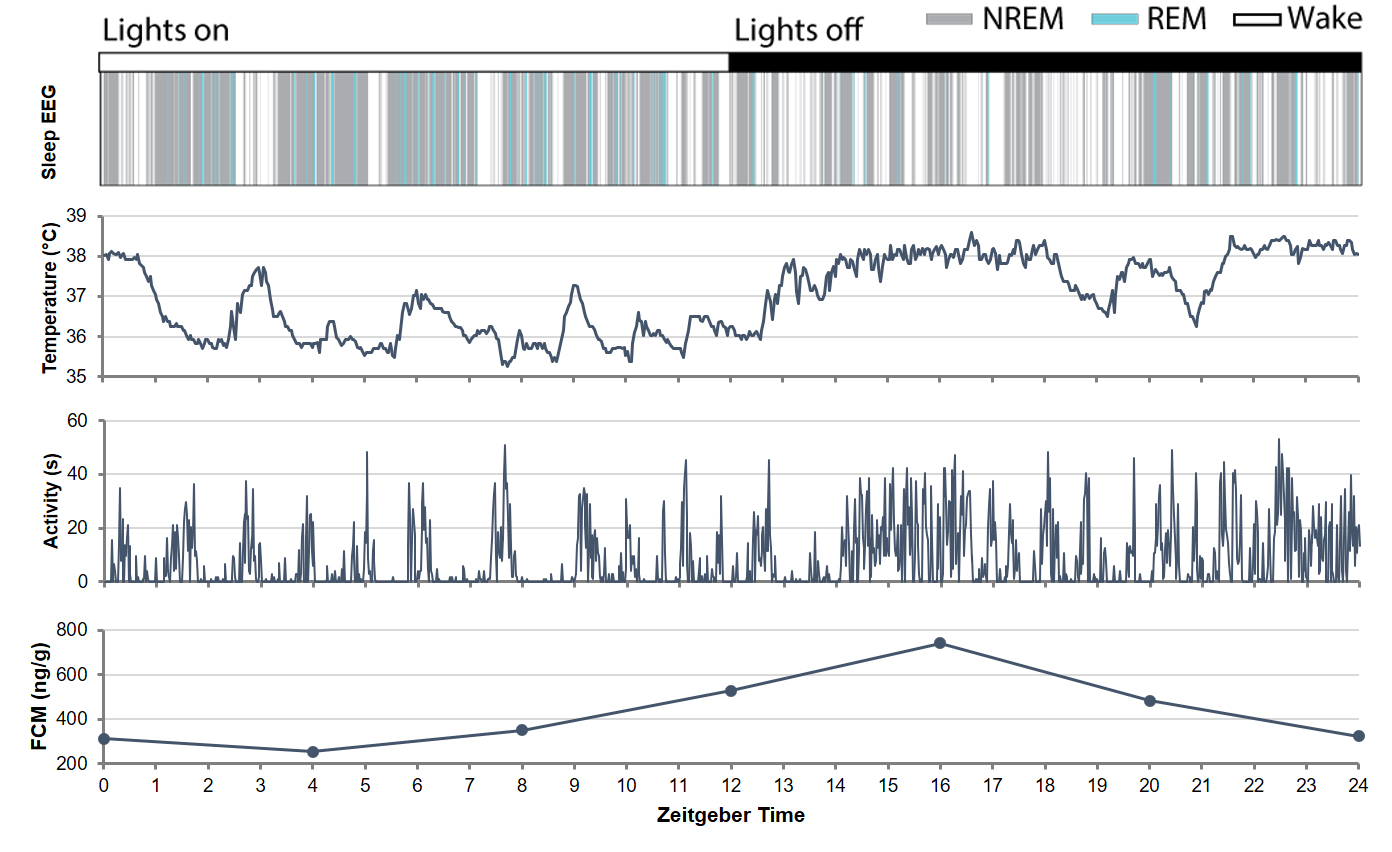 We know that changes in sleep-wake cycle happen early in the course of many diseases that cause dementia. It is crucial to be able to use animal models of disease to understand how and why this happens. But how can you monitor sleep, body temperature, movement and other measures in a mouse when most available technology is bulky and affects behaviour? Dr Nollet and Dr Anuncibay will join forces to redesign this technology, making it less invasive while monitoring mice.

With these tools they will study how changes in sleep patterns impact the development of disease processes in dementia and influence the production of stress hormones. Their improved method of studying mice will not only be of benefit to the wider research community but will help us understand the underlying causes of the diseases that cause dementia.

Huntington’s disease is caused by an expansion of the CAG repeat sequence in the HTT gene, which causes a defect in the resulting protein huntingtin. These repeat expansions are particularly important as they have been shown to play a role in the age of onset and disease severity of Huntington’s. Determining new ways to shorten these repeat lengths may help in the development of new treatments for Huntington’s.

Dr Larin is investigating whether these expansions can be prevented by determining the proteins associated with expanded CAG repeats. She suspects that proteins involved in repairing DNA may provide the answer, as some have been shown to be involved CAG repeat expansions in Huntington’s disease. Dr Larin will use a new technique developed in her research group to explore this idea further, which may aid in the identification of new protein associations and open up new avenues for treatment.

Could hibernation hold the key to repairing the brain in dementia?

Neurons communicate with each other using several tiny connections called synapses and loss of these structures is an early feature of diseases that cause dementia. Saving synapses could therefore offer a powerful therapeutic tool. Dr Smith’s research looks at the mechanisms which repair synapses, particularly those that occur during hibernation, which have been shown to fail early in mouse models of the disease. She will use a range of complementary techniques to study how these repair mechanisms work and whether this knowledge can be used to develop targets for human diseases that cause dementia.

Project title: ‘Investigating the molecular mechanism underlying synapse regeneration and its failure in ageing and disease’

Dr Moretto’s research focuses on tau, a key protein that forms harmful aggregates or clumps within neurons in diseases such as Alzheimer’s and Frontotemporal dementia. He is developing a strategy to eliminate this abnormal tau as a potential therapeutic option for these pathologies. To do this, he is investigating if autophagy, a process that helps clear cellular waste, could be directed to tau using small antibodies delivered via gene therapy. If successful, this approach could remove harmful tau protein and pave the way for novel highly-specific gene therapies for dementia.

The protein PERK has been shown to be involved in toxic signalling across the board in diseases that cause dementia. Dr Butcher will use state-of-the-art cryo-electron microscopy to increase our understanding of the structure of PERK and the proteins that it interacts with that drive this signalling in these disorders. Filling this knowledge gap will help us understand PERK’s role in the toxic effects observed in disease, potentially opening up new avenues for treatments.