Members of the public gathered at the Francis Crick Institute to learn about cutting edge dementia research from scientists at ‘Dementia Demystified’, an open event run in collaboration with the UK DRI to enhance public understanding of the condition.

The event, held on the evening of 31 March, was organised by Dr Georgina Starling, a postdoctoral researcher, and Catherine Heffner, a PhD student, both based in Prof Adrian Isaacs’ lab (UK DRI at UCL) and funded by the Chan Zuckerberg Initiative (CZI).

“When the grant was announced by CZI back in early 2021, Catherine and I sat down to brainstorm possible events and quickly realised that we both share a passion for science communication,” Georgina recalled. “We both work on projects related to dementia and feel the topic can be perceived as complex and overwhelming. We realised we wanted to use the grant money to put on an event presenting what dementia research looks like and aims to achieve, and therefore ‘Dementia Demystified’ was born."

Georgina and Catherine recognised a significant barrier to public understanding of dementia, due to its complexity and a lack of research talks aimed at a non-scientific audience, so the pair decided to put on the event to help rectify this.

The event was advertised specifically to people with personal experience of dementia, via local London-based support groups. Consequently, around 50 people with a personal connection to dementia attended the event, including people with a diagnosis, as well as carers and family members of people living with dementia.

“We decided the event would focus on conversations between researchers and a targeted audience who had been affected by dementia as we felt this would lead to meaningful conversations and allow the audience to ask their own questions,” Georgina continued.

with a personal connection to dementia attended the event 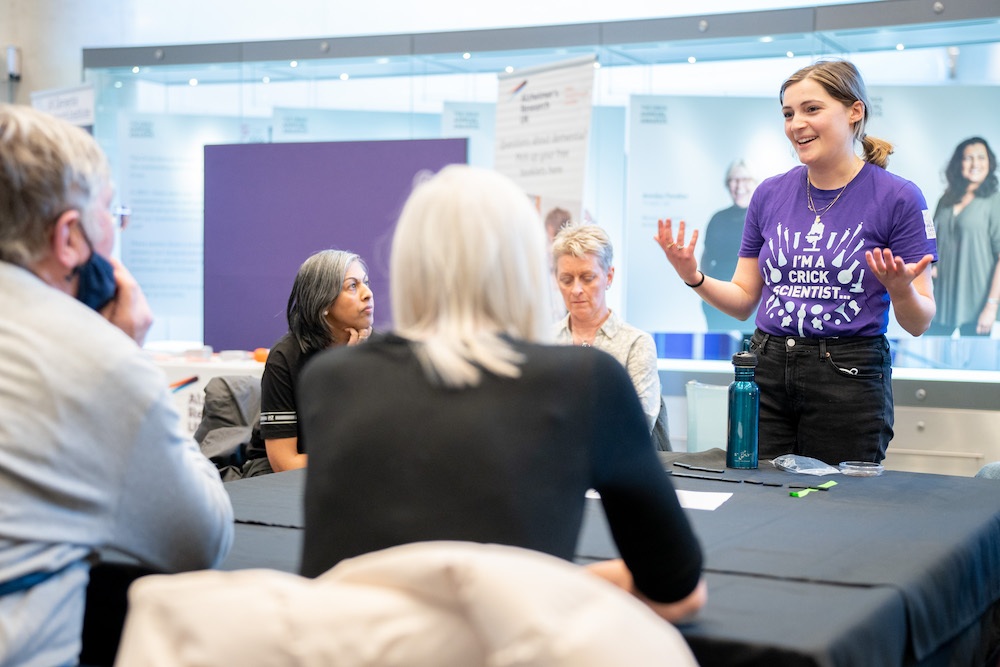 Next, there were a series of ‘pop-up talks’, given by early career researchers from various London institutions including the UK DRI. These were short presentations summarising the speakers research focus, delivered to small groups of ten audience members sitting at round tables, and generated lots of questions and engagement.

“I particularly remember several members of the audience taking notes during the event and audience members were so engaged chatting to our scientists that it was a struggle to get them onto the next conversation!” said Georgina. 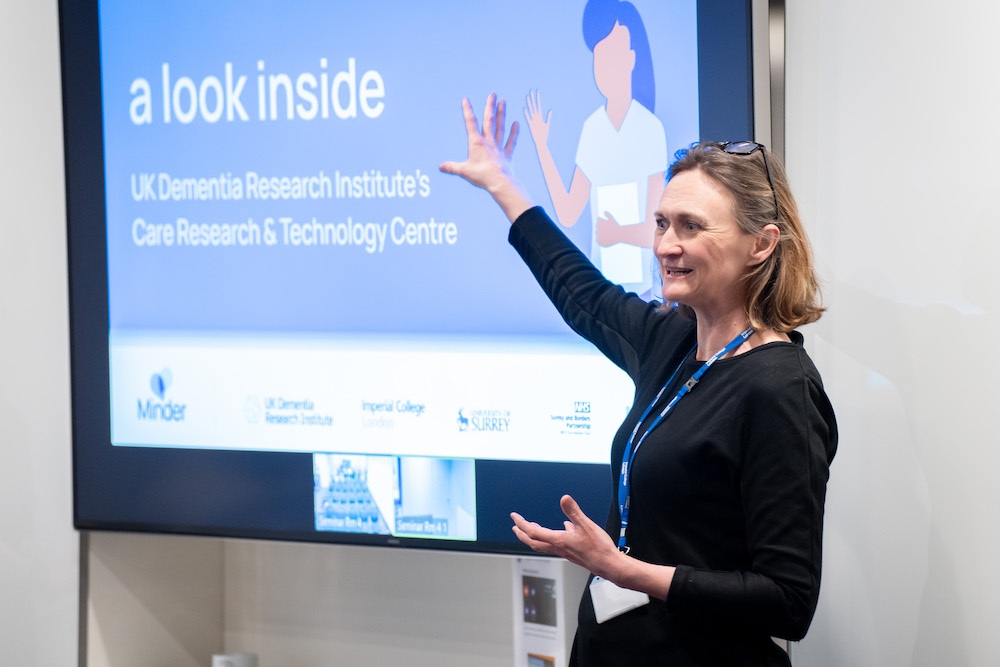 The event was a huge success, with high levels of engagement from the audience and many valuable conversations taking place.

Georgina added: “I would like to extend a massive thank you to everyone who was involved in the project, especially our ECR advertisers, volunteers and presenters. It couldn’t have been the successful event it was without them and we are so appreciative of everyone using their free time to help out!”

Congratulations to Georgina and Catherine for this fantastic public engagement initiative!

To hear about future events, as well as keeping up to date on the latest research news and Institute updates, sign up to receive our monthly newsletter, ‘Inside Eye on UK DRI'.