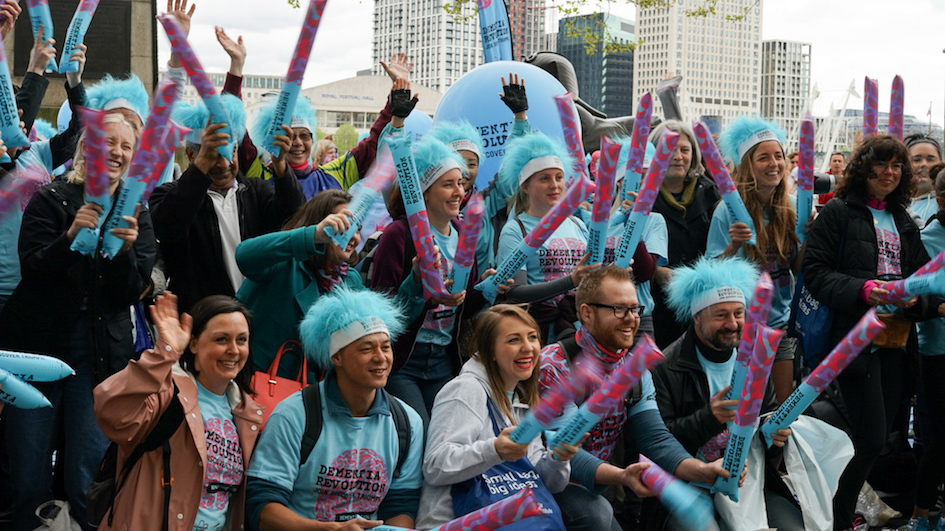 Latest fundraising figures reveal that the Dementia Revolution has now raised a record-breaking £4 million for the UK DRI, making it the most successful Charity of the Year partnership in the 39 year history of the London Marathon.

Dementia Revolution was the official Charity of the Year for the 2019 Virgin Money London Marathon as Alzheimer’s Society and Alzheimer’s Research UK joined forces to fundraise for the ground-breaking science taking place at the UK DRI - the most ambitious dementia research endeavour to date, bringing together the brains of 700 scientists in seven cutting-edge research centres across the UK.

The award-winning year-long campaign surpassed its own ambitious fundraising target of £3.5 million, with the latest figure of £4 million placing the partnership in London Marathon’s record books.

With almost a million people living with dementia in the UK, but still no effective treatments to stop, slow, down or prevent the diseases that cause dementia, Dementia Revolution has raised vital funds at a crucial time to support much-needed research into the condition.

Among the 2,000 Dementia Revolution runners who took to the streets of London on 28 April were ‘Barbara’s Revolutionaries’, running in support of Dame Barbara Windsor, who was diagnosed with Alzheimer’s disease in 2014. Headed up by Barbara’s husband Scott Mitchell, the team included eight of Barbara’s former cast-mates at Eastender. The team, which also included Virgin Radio host Chris Evans, raised over £550,000 between them for the Dementia Revolution campaign.

Other high-profile runners included social media star Saffron Barker, Bake Off star Candice Brown, The Apprentice winner Mark Wright, and Secretary of State for Wales, Alun Cairns MP. They ran alongside a wider team of ‘Revolutionaries’ that included Harry Cullen, 63, and multi-marathon runner and retired Methodist Minister Malcolm Brookes, 78, who are both living with dementia; UK DRI scientists Dr Amanda Heslegrave and Dr Luke Whiley; and Big Ben runner Lukas Bates. A video of Lukas struggling to cross the finish the line because of the height of his Big Ben costume went viral, as did the subsequent theft of his costume from a local pub.

Dementia Revolution won two Third Sector Awards in September for Fundraising Event (London Marathon) and Celebrity Charity Champion (Scott Mitchell). As well as raising vital funds for research, the Dementia Revolution has also helped to overthrow old, stigmatised attitudes about dementia and show that a dementia diagnosis not a lost cause. Many people shared their own personal experiences of dementia to raise awareness of the condition, while celebrities including Ray Winstone came together for a myth-busting film. 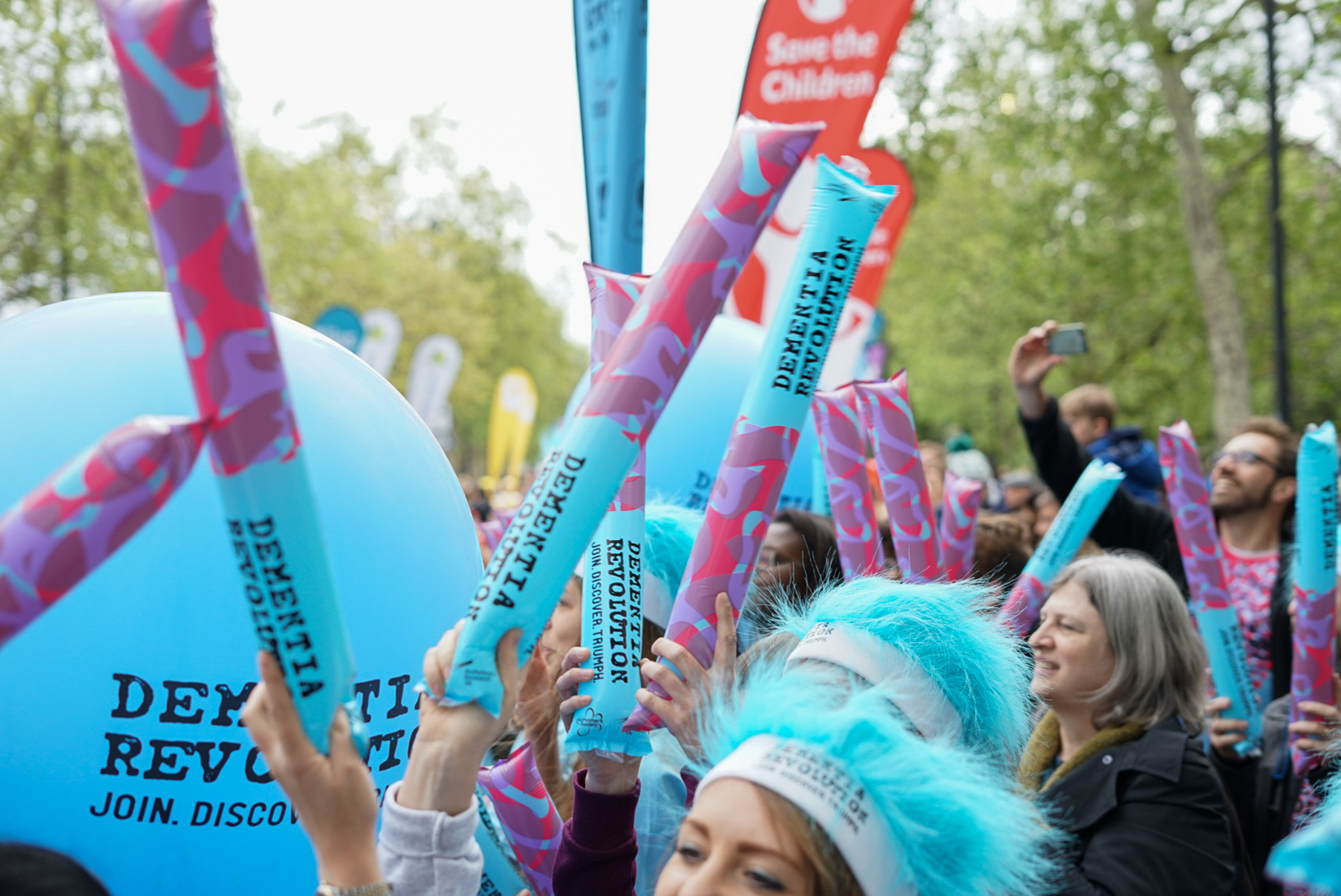 “I am over the moon that the Dementia Revolution has beaten its fundraising target, as well as becoming the most successful Charity of the Year partnership that the London Marathon has ever had. From the bottom of my heart I’m so grateful to everyone who supported the campaign and donated to the Dementia Revolution – raising £4 million has made all those hours of training so worth it!

“Opening up about Barbara’s dementia wasn’t an easy decision, but the public reaction was phenomenal. The Dementia Revolution truly was a revolution, and I’m so proud to have been part of a movement that shone a light on dementia and educated people about the vital importance of funding for dementia research.”

“I am truly delighted that the Dementia Revolution has now raised £4 million for dementia research! Thank you so much to everyone who has supported the campaign, it really does mean so much to me personally. I am so proud of Scott, my Barbara’s Revolutionaries team and everyone who took on the 26.2 miles. Together with everyone who has donated, you’ve helped make a real difference to me and the 850,000 other people living with dementia across the UK. Thank you.”

“It is absolutely fantastic that our ground-breaking Dementia Revolution campaign has now broken fundraising records too. With almost a million people living with the condition and many more partners, families and friends affected, dementia is the biggest health challenge society faces today. The £4 million raised will fund vital research at the UK DRI, where scientists are working tirelessly to improve dementia care and ultimately find a dementia cure.

“This monumental achievement could not have come at a better time. Dementia research remains desperately underfunded compared to other health conditions so this £4m provides a welcome boost to scientists’ efforts to beat the condition. We hope the research powered by these marathon efforts will leave a lasting legacy for those affected by dementia today, as well as those in the future.”