In conversation with Dr Johanna Jackson, UK DRI at Imperial 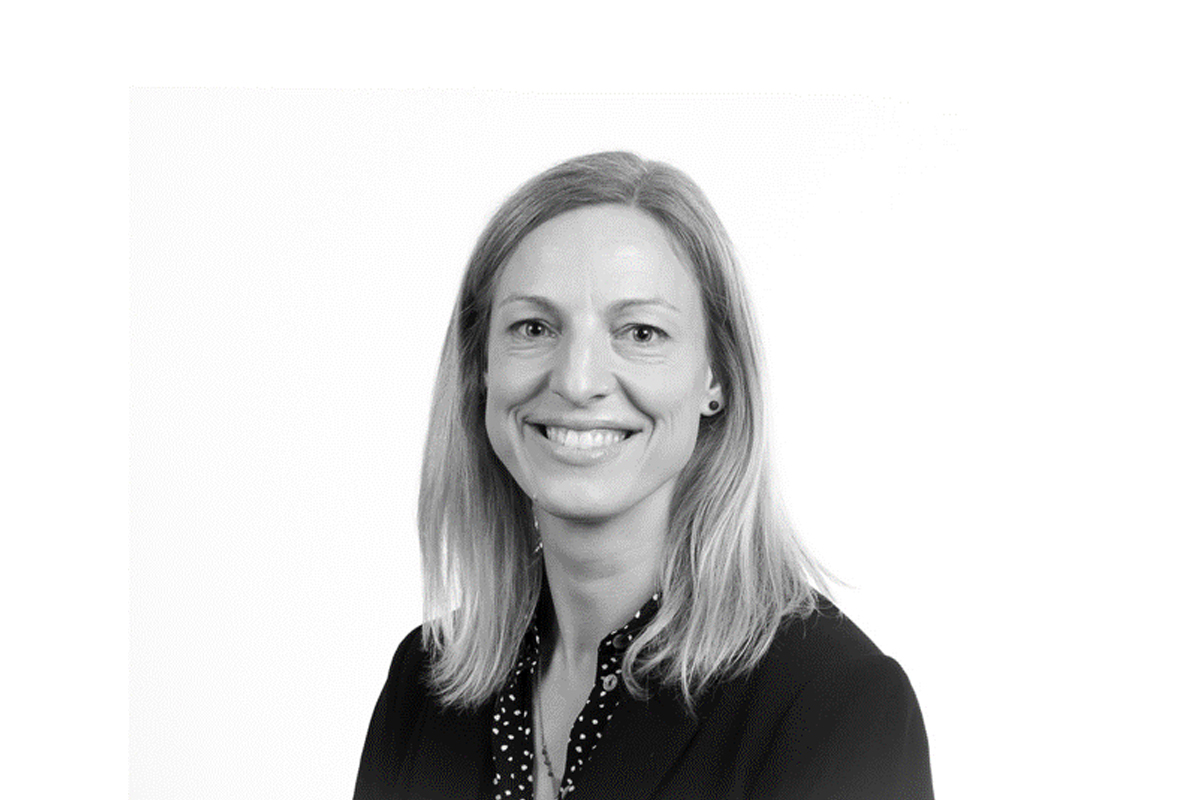 Dr Johanna Jackson is a senior scientific project manager for the Multi-'omics Atlas project based at UK DRI at Imperial and the Athena Swan lead for the department of Brain Sciences. In this Q&A, Ketevan Alania, a first year PhD student at the Interventional Systems Neuroscience Lab speaks to Johanna about her career journey so far, the aims of the Multi-'omics brain atlas project and her role in promoting gender equality in science.

The following article is republished from Imperial College London (02 June 2020).

KA: Johanna, thank you for taking time for this interview. To start with, tell us a little bit about your career background and research interest.

JJ: I actually did my PhD at Imperial College. The focus of my project was imaging in a Parkinson’s Disease model, looking at stem cells and whether they increase dopamine levels after transplantation. I then went to Sweden and did postdoctoral research, looking at neurogenesis in epilepsy and synaptic integration - so how the newly formed cells integrated with the mature granule cells. I then came back to the UK and briefly worked at the Hammersmith site of Imperial college with Vincenzo De Paola, looking at axonal degeneration in an axonal injury mouse model. As the funding for this project came to an end, I left to work at Eli Lilly - the pharmaceutical company. They were looking for a postdoc to set up in vivo two-photon imaging facility to look at synaptic loss in Alzheimer’s disease (AD) models. I was offered a permanent position as a research scientist, which was great as I ended up having my own group and staying there for eight years. While leading my own team there, I did some drug discovery work as well as investigating the synapse loss in AD models. Things then changed a bit and my group's focus changed slightly. At the beginning of last year I decided that I was no longer doing the science that I enjoyed and so I decided to leave. My next position was my current role at the UK Dementia Research Institute (UK DRI) at Imperial.

KA: Very impressive career path and clearly influenced and driven by your interest in synapses. You are leading the Multi- ‘Omics Atlas Project at the UK DRI, what does the project involve and why do we need it in AD field?

JJ: Yes, I’m leading the Multi- ‘omics Atlas Project. But alongside that, I'm starting to carve out my own work based on my scientific interests as well. The Multi- ‘omics Atlas Project is a UK DRI directors’ initiative. We will comprehensively map the disease pathology that occurs in human AD in different brain regions, across different cell types and at different stages of the disease. So, what this entails is, we will be doing routine histopathology, which has been done for decades on Alzheimer's brain tissue. But we will also bring in the multi-omics approach and that means we will collect data at the epigenetic level, the genetic level, transcriptomic, proteomic, up to the lipidomic data level. And then, importantly, we will bring it all together using bioinformatics, which is a large component of this project. We need this approach because, although these things have been done before to a certain extent, they have been done separately, so not actually brought together to have a really comprehensive understanding of the human AD condition. This is all done on a post-mortem human brain tissue and hopefully it will lead to a greater understanding of the disease state and the disease progression.

KA: Having an in-depth understanding of the disease and its progression will definitely help us develop disease-modifying strategies so that is a very exciting project. You mentioned that alongside this you are also carving your own scientific research. Is that focusing on synapses or are you moving into a different direction?

JJ: Yeah, so it is still largely in synapse space. Within the multi Multi-‘omics Atlas Project, there is a synapse component and that is the part that I am leading. I also co-supervise a PhD student who is looking at synaptic vulnerability in AD.

KA: We know that Alzheimer’s is a very complex and multifaceted disease and as we discussed earlier, there are many components of the brain that we should look at to really understand the pathology. But, why are synapses particularly important in AD?

JJ: Well, I think one thing that isn't really known at the moment is how and why the synapse loss occurs in Alzheimer's. There’s evidence that it’s tau driven or that the loss of synapses occurs around Amyloid plaques, but exactly what the mechanism is, still needs to be better understood and investigated in more detail, especially in humans. This is particularly important when developing disease modifying interventions. So, [putting my drug discovery hat on] let’s say you are delivering a drug which is thought to modify the underlying pathology, for example, tau or amyloid, or potentially inflammation, does that have a knock on effect and prevent the synapses being lost? Maybe it does not and so it has no effect on the synapse loss and therefore does not improve cognition. When I was at Lilly, we were looking at if we can target the synapses directly to prevent them from being lost or even their ability to regenerate. Targeting synapses could have a direct impact on the condition of the patients.

KA: For that, one would need to look at synapses in living patients. What are some of the current methods to image synapses in AD patients?

JJ: It is really tricky and one of the exciting developments in the field is the discovery of SV2A PET tracer. It is still in development, but it has great potential for clinical applications to monitor the synaptic density and synaptic health. It is only on the pre-synaptic level, and so does not give us information on what is happening post-synaptically, but it is the best tracer that we have at the moment. Imaging synapses in living individuals is very challenging and that has really held the field back up until now, so these discoveries are very exciting.

One thing that really excited me and drew me to this project was that I realised the amount we still don't know about human AD and that is really affecting drug discovery moving forward. Dr Johanna Jackson, UK DRI at Imperial

KA: That leads to my next question, what are you most excited about in your current work?

JJ: One thing that really excited me and drew me to this project was that I realised the amount we still don't know about human AD and that is really affecting drug discovery moving forward. And so, learning more about the human disease states and being able to then, potentially, back translate what we know about the human disease states, back into animal models, so that we can then investigate the mechanisms further, I think is quite an exciting prospect. This will then hopefully lead us to identify new biomarkers, such as the PET tracer I've just mentioned, and maybe even drug targets.

KA: What do you think are the current challenges in academia? For example, what do you think is slowing down scientific progress? Could be more generally or in your specific research field.

JJ: I was thinking about this last night. I think one thing that I've seen started to change for the better is how willing scientists are to share their data. Ten years ago, when I was in academia before I went to Lilly, everyone was very, very guarded, you would not tell the person in the lab next door about what you were doing. That has changed more recently, which has to be a good thing. Some people still worry about being “scooped” and that, of course, is understandable, but as we move to more open science, there are developments such as publishing preprints, which protects the research contributions from scientists. So, I think this is definitely changing and changing for the better. This is one thing that we at the UK DRI are very keen on and we have been from the start.  The Multi- ‘Omics Atlas Project aims to develop a resource tool for the field and so it will be an open platform with all data being accessible.

KA: That’s fantastic and I am really glad UK DRI is supporting that. Open science also promotes equality in science which is something that you are actively working on as the Athena SWAN lead at the department of brain sciences. Can you tell us a little bit more about the role of your team?

JJ: Yes, I'm the Athena SWAN lead for the department and I'm also the lead for equality, diversity and inclusion for brain sciences. When the new department was created in August last year, we created a team with this focus to promote equality for all in the workplace. We aim to create a diverse, inclusive and supportive working environment for all. The important thing is that everyone, regardless of their gender, ethnicity, sexual orientation and disability, has an equal opportunity to thrive and to be successful in the workplace. Science in the past has not been particularly great at this and this is something that Paul [Mathews], the head of the department, is very supportive of.

KA: The gender representation in leadership positions has also been an issue in academia, especially in science. As a female in a leadership position, what do you think the reason for that is? Has the landscape changed in recent years?

JJ: What I have observed in academia is that at the postdoctoral level, it is roughly balanced in terms of males and females. What happens then is that, as people climb up the academic ladder, there is what it’s called the “leaky pipeline” and for some reason, women do not progress to the higher levels as much as men do. This means that there are fewer women at senior levels. This is the same in most departments in academia and in the industry as well. One thing we'll try to understand is exactly why that is. The obvious one is that they're having children. But I think there are also other reasons. For example, it has been shown that women may be less confident, especially if the conversation is dominated by senior males in the department. So, I think we need to look at all these possible reasons and try and address them. In terms of how the landscape has changed in recent years, to be honest, it’s quite hard to answer that. I would say, I don't think there has been a massive change. We still have a problem and we had the same problem 10 years ago. What I would say is that it is definitely being talked about more now. We are moving in a positive direction but there is definitely more work to be done. 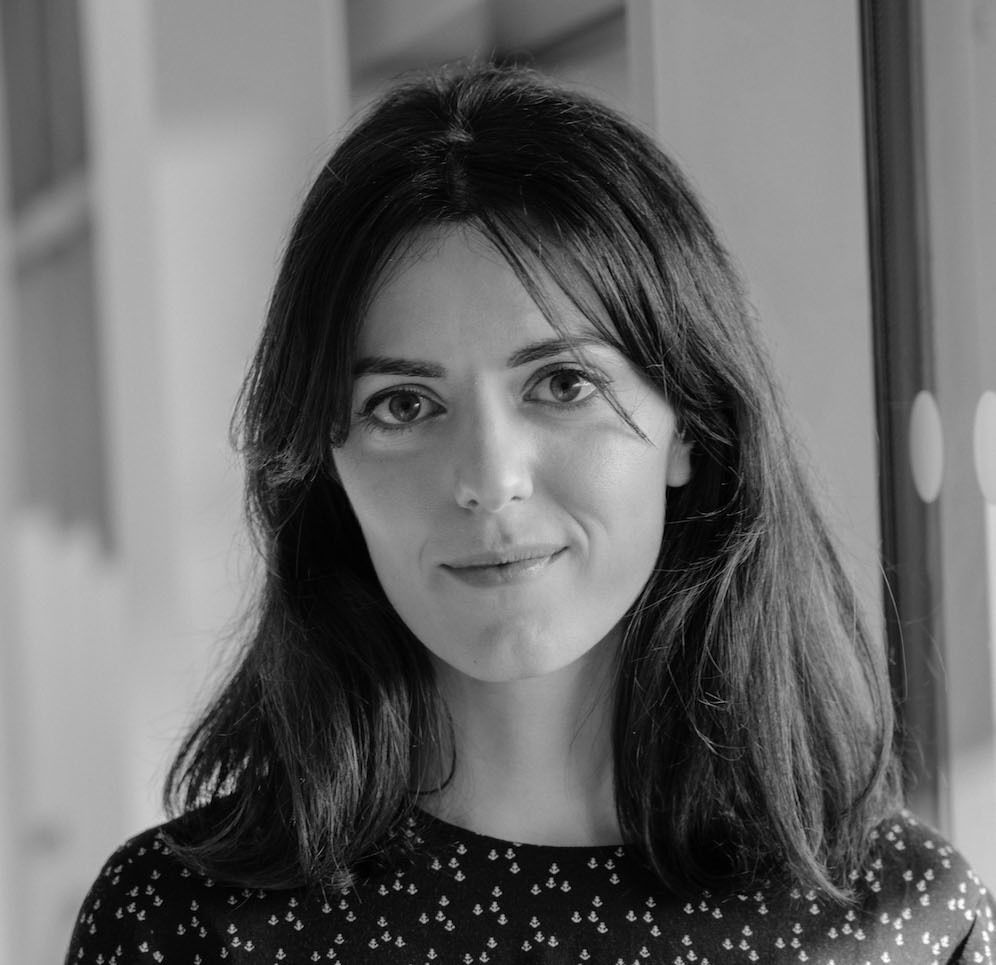 Ketevan Alania is a first year PhD student at the Interventional Systems Neuroscience Lab where she is working with the team to develop innovative non-invasive neuromodulation methods to alter neural activity and function.