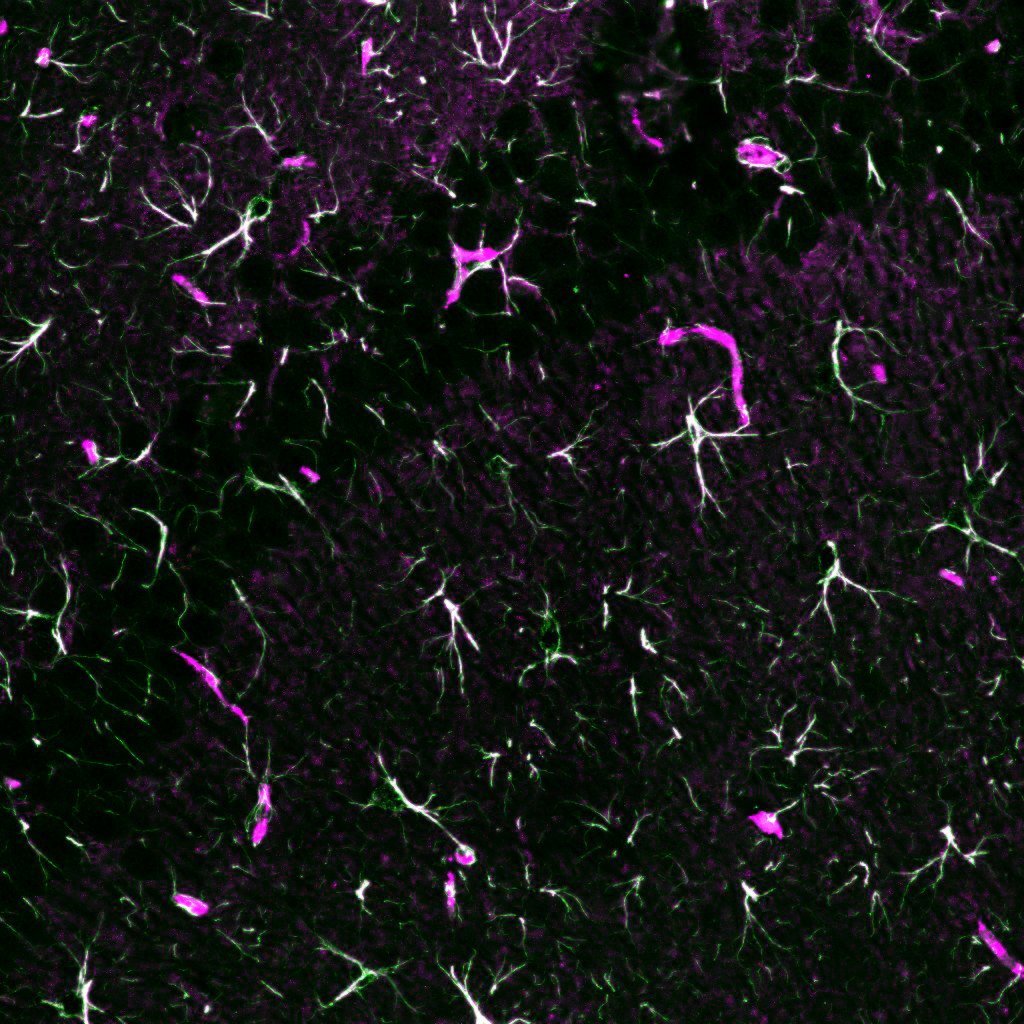 Published recently in Neuron, researchers from the UK DRI at Cambridge, led by Prof Giovanna Mallucci, have discovered a harmful reactivity state in astrocytes that compromises these cells’ ability to support neurons. Targeting this new profile may lead to novel therapeutics against the devastating neurodegenerative diseases behind dementia.

Over the past decade, cellular stress - resulting from the accumulation of misfolded proteins - has been implicated as a major driver in the progression of neurodegenerative disease. One consequence of this stress is the activation of the unfolded protein response (UPR) to restore protein homeostasis. However, sustained phosphorylation of the protein PERK in this process leads to a global reduction in protein synthesis through increased eIF2a-P levels, that has been shown to cause synaptic failure and neuronal loss. With the effects of PERK dysregulation already relatively well understood in neurons, the Cambridge group sought to understand whether key support cells – astrocytes – also had a role to play, tackling the research question with multiple approaches.

Using known stressors of the Endoplasmic Reticulum, the researchers confirmed the activation of the PERK signalling pathways in primary mouse astrocytes before observing a shift in astrocyte reactivity distinct from recently described ‘toxic’ and ‘protective’ states, which they coined ‘UPR’-reactive. Exploring the functional consequences of this reactivity state, the group found that secretions from these astrocytes were lacking in the usual synaptogenic factors, e.g. collagen and fibronectin. Inhibiting PERK signalling in these astrocytes restored these factors and promoted synapse growth in primary hippocampal neurons, confirming the pathway’s contribution.

Moving to an in vivo model of prion disease, evidence was found suggesting a similar profile of UPR-reactive astrocytes. To target the PERK signalling pathway in this model, lentiviral vectors were generated to deliver an active fragment of GADD34, a specific phosphatase and inhibitor of the pathway, to astrocytes. The successful inhibition led to a reduction in the UPR-reactivity profile in astrocytes. Furthermore, burrowing behaviour, used to assess early synaptic dysfunction, improved and there was marked neuroprotection and reduction in neuronal degeneration, as well as significant extension of lifespan, comparable to targeting this pathway in neurons. 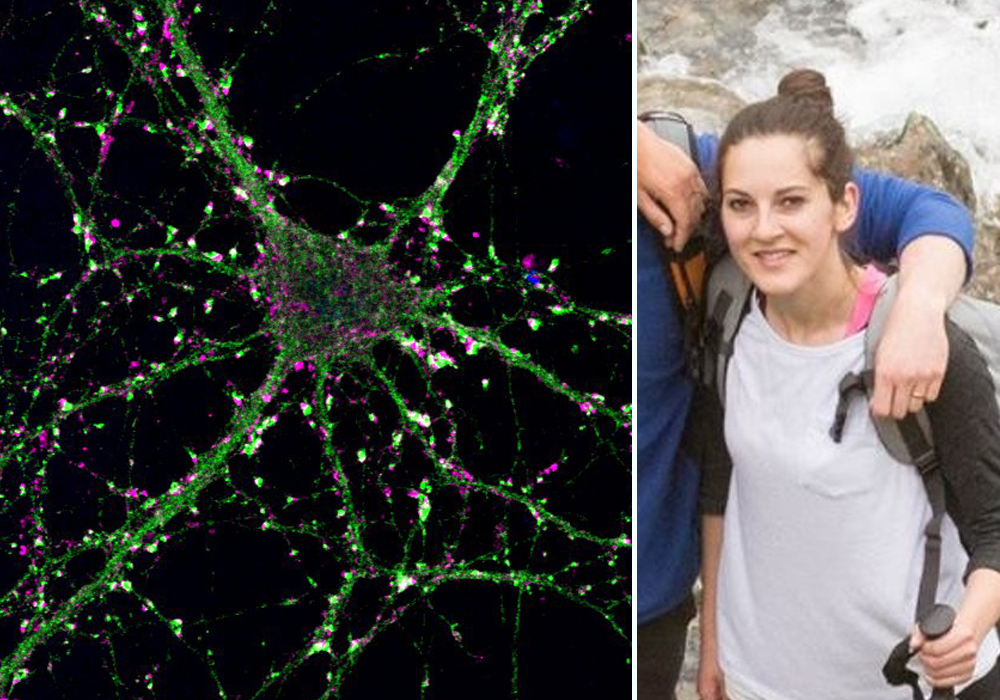 To understand the impact of this study, we caught up with lead author Dr Heather Smith:

Hi Heather, firstly congratulations on the publication. Please can you tell us what these findings mean for the field going forward?

Our work increases our understanding of how dysregulated UPR signalling, seen across the spectrum of neurodegenerative diseases, causes synapse loss. We show that synapses are not only vulnerable to the cell autonomous effects of eIF2α-mediated translational repression and the reduction in critical synaptic proteins but also to the non-cell-autonomous effects of UPR signalling in astrocytes, which has the effect of reducing essential synaptotrophic support. Dysregulation of the UPR therefore drives synapse failure through both cell autonomous and non-cell-autonomous mechanisms. This has important implications for the treatment of neurodegenerative disorders; drugs that target PERK-eIF2α signalling in both neurons and astrocytes (such as the re-purposed drug Trazodone  (Halliday et al., 2017)) are likely to prove the most effective at preventing synapse loss and slowing disease progression.

Would PERK signalling in astrocytes be a viable target for therapeutics at the early stages of neurodegeneration and are there any potential issues with downregulating a fundamental pathway such as this?

Certainly, although it is likely that the degree of PERK pathway inhibition will need to be carefully fine-tuned. Complete PERK inhibition is toxic to the pancreas; their high secretory load means they rely on acute periods of translational repression to manage the large number of proteins that are passing through the ER. Astrocytes have a similarly high secretory load and will therefore also require some degree of eIF2α-P-mediated translational repression for normal functioning. Partial inhibition of PERK signalling in astrocytes, as with neurons (Halliday et al., 2015; Halliday et al., 2017) or targeting the pathway downstream of PERK, at the level of eIF2a-P (Halliday et al., 2017; Sidrauski et al., 2013), is likely to provide the best compromise and is being adopted as a target in neurodegenerative and neurodevelopmental disorders.

Finally, were there any limitations to the study and what are your plans for future experiments?