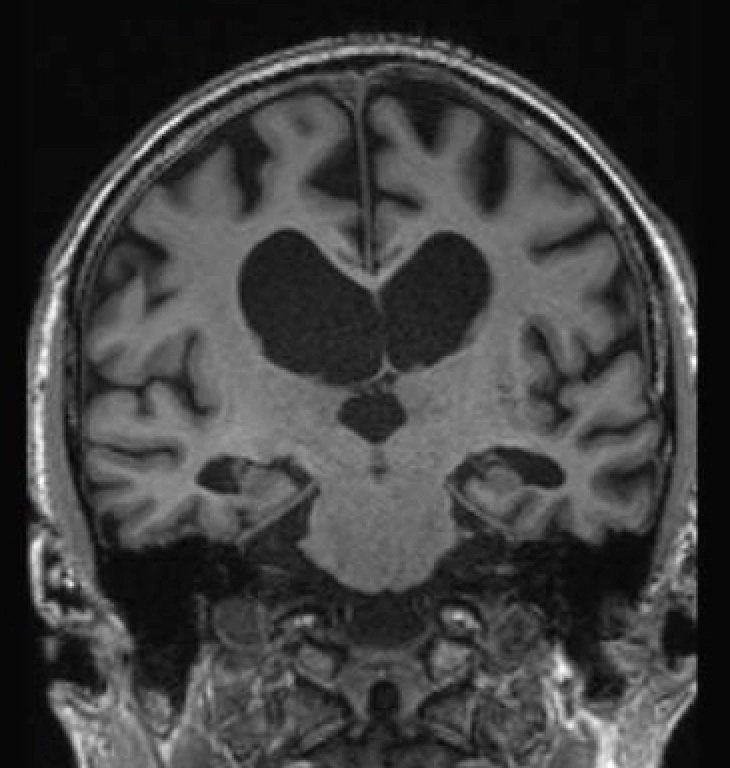 A team of researchers from the UK DRI have, for the first time, been able to accurately predict the extent of chronic neurodegeneration in people who have experienced traumatic brain injury, using an advanced type of MRI scanning. The results could help identify suitable candidates for clinical treatment trials, with the aim of preventing dementia post-injury.

However, the link between traumatic damage to the brain’s connecting nerve fibres (axons) and chronic neurodegeneration has never been well established in patients, and direct proof of it has until now been lacking.

In this study, published this week in the journal Brain, a research team led by Alzheimer’s Research UK Clinical Research Fellow Dr Neil Graham, and made up of scientists from the UK DRI’s Care Research and Technology Centre based at Imperial College London, together with colleagues from UCL, looked at a particular type of injury called diffuse axonal injury. This takes place when the shearing forces sustained during head injury damage or sever nerve fibres in the brain’s white matter. Such injuries may be sustained during falls, road traffic accidents, assault, blast or in the sporting setting.

The research team took advantage of cutting-edge neuroimaging tools that are capable of sensitively and accurately showing the location and severity of injury, as well as the extent of brain shrinkage over time. This enabled them to test the hypothesis that the severity and location of diffuse axonal injury predicts the degree of progressive post-traumatic neurodegeneration. Brain shrinkage over time is a well-established measure of nerve degeneration in dementia.

If we can predict what changes might happen in the brain long after a head injury occurs, we are in a much better position to intervene than, say, if we wait 30 years until someone develops dementia. Prof David Sharp, senior author of the paper and Director of the UK DRI’s Care Research and Technology Centre

Using advanced MRI scanning techniques, they investigated changes over time in 55 people in the chronic phase after moderate to severe traumatic brain injury, and compared them with 19 healthy controls. A first scan measured the size of the brain, and then a special type of scan (diffusion tensor imaging) was used to measure damage to the axons within the brain. Participants were scanned a year later to see where and how much the brain had shrunk in size, and how that related to the amount and location of axonal damage on the first scan.

The results showed that the extent and location of damage is a strong predictor of the amount and pattern of post-traumatic neuronal loss, which relates to memory performance. This suggests a causal link between axonal injury and the progressive neurodegeneration that is commonly seen after moderate to severe traumatic brain injury, the mechanics of which have not until now been fully established in patients.

The results suggest that, by assessing of the scale and location of diffuse axonal injury using imaging techniques, the risk of long-term neurodegeneration in any given individual can be more reliably assessed. This in turn will help to identify suitable candidates for clinical treatment trials, with the aim of preventing dementia post-injury.

Prof David Sharp, senior author of the paper and Director of the UK DRI’s Care Research and Technology Centre, commented:

“People often tend to think of brain injury as something that happens once, causes damage and then that’s the end of the story. But there’s more and more evidence to suggest that the picture is much more complicated than that. We now know that a single injury can trigger long-term processes that cause the brain to shrink over many years after the injury took place. A head injury can set in motion some of the hallmark processes of dementia, such as accumulation of harmful proteins. However, these processes are still poorly understood.

“We wanted to take advantage of advanced imaging technology to study the mechanisms linking brain injury and dementia. If we can predict what changes might happen in the brain long after a head injury occurs, we are in a much better position to intervene than, say, if we wait 30 years until someone develops dementia.”

“With better tools for assessing brain health and measuring the long-term effects of single or repeated head injury, we can give people high quality information about the risks of different activities, and how this might relate to long-term dementia risk. It should be possible very soon to provide these assessments to patients with moderate to severe injuries in the NHS nationally, who could benefit from more accurate assessment of traumatic brain damage and prognostication. In addition, we hope the approach will provide a means of addressing some of the increasing concerns about the long-term effects of repeated mild injuries, for example in the sporting setting.”

Dr Sara Imarisio, Head of Research at Alzheimer’s Research UK, which funded the research and co-founded the UK DRI, said:

“From traffic accidents to collision sports, millions of people around the world experience head injuries every year. While these events can result in immediate damage to the brain, evidence suggests that they could also have significant effects in the longer-term. “This pioneering research funded by Alzheimer’s Research UK and carried out at the UK Dementia Research Institute uses state-of-art imaging techniques to predict a pattern for nerve cell loss. Ultimately, we hope this approach can more reliably assess the risk of long-term dementia and could be used to help prevent individuals from developing dementia post-injury in the future.

“This collaborative work would not have been made possible without our amazing supporters. The ongoing COVID-19 crisis and its economic fallout continue to put dementia research like this at risk. With Alzheimer’s Research UK expecting to lose up to 45% of income this year, we need to see government support for dementia research to ensure that vital progress is not lost. Nearly a year ago, the government promised to double funding for dementia research to over £160 million a year, and this election promise must now be put into action.”