Women of the Wohl: A Voice for Equality, Diversity & Inclusion from UK DRI at King's 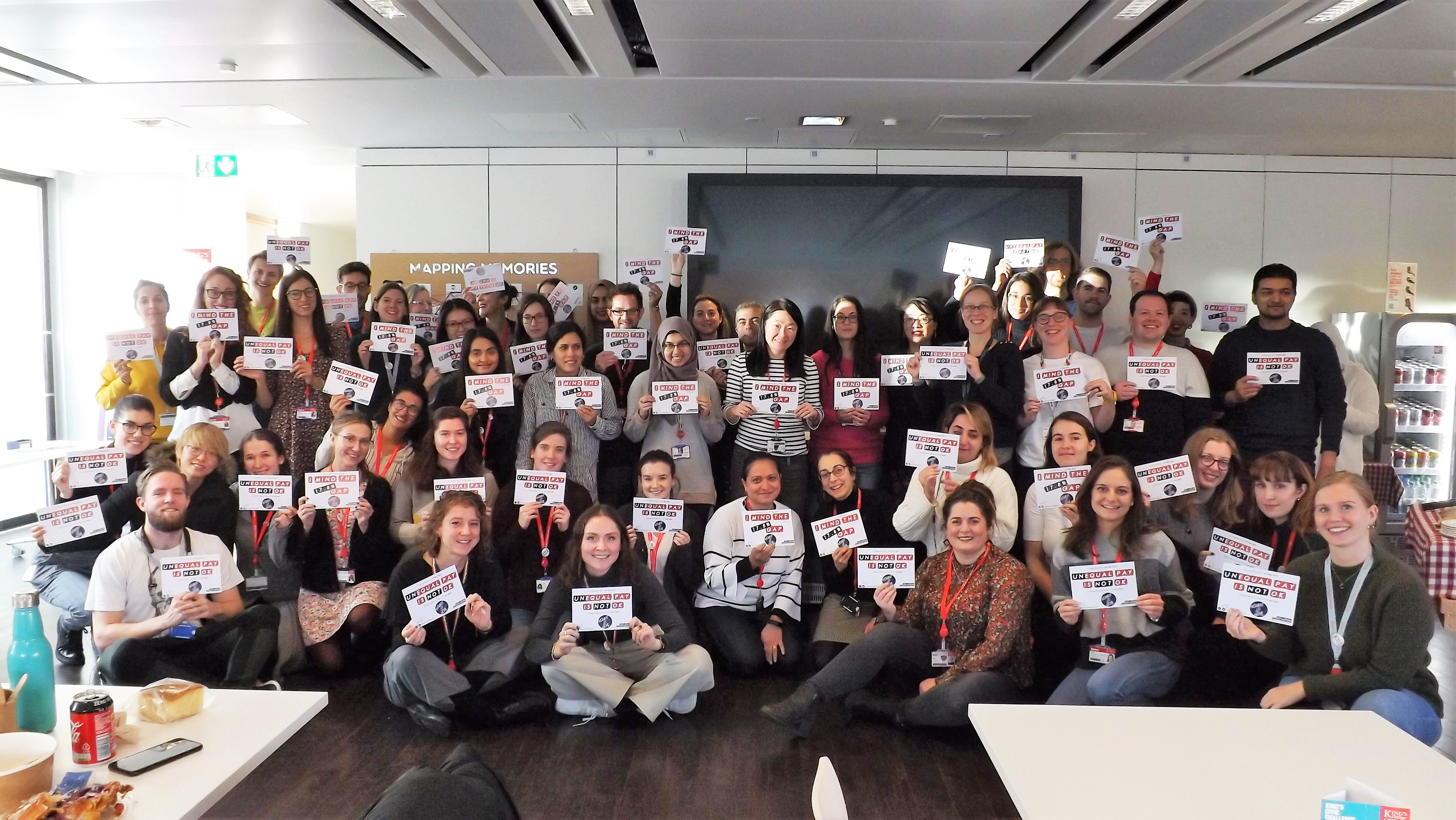 Women of the Wohl is a staff and student network promoting equality, diversity and inclusion in science, which was established in early 2018 at the UK DRI at King’s College London, which is based within the the Maurice Wohl Clinical Neuroscience Institute (from which the network’s name is derived). The network was founded by PhD student, Rebecca Casterton, who directs the group’s activities as its president alongside her research. From its humble beginnings, Women of the Wohl has since rapidly taken off as a network that now extends well beyond its roots and reaches across the whole of King’s College London.

Here, we speak to its founder Rebecca.

What was the inspiration behind starting this network?

"I started Women of the Wohl for several reasons. My immediate work surroundings were a perfect snapshot of inequality in science: all the research group leaders on the floor were men, whilst most post-docs, PhD students and technical staff were women. So I just decided to counter this by creating a network to boost the visibility and voice of everyone who isn’t seeing themselves represented in science. I put up some posters inviting people to come to an open meeting, asking what they wanted from a network like this and, amazingly, a lot of people showed up!"

Who is the network for?

"Women of the Wohl strives to be an intersectional network that truly supports equality for all, regardless of differences in gender identity and expression, sexuality, race, disability and religion. The importance of the involvement of allies in this is also recognised and welcomed, and all gender identities are always warmly welcome to engage and participate in the network’s activities."

What challenges do you see in the academic workplace?

"There are many problems endemic to academic working culture that create significant obstacles for all women, people who identify as black and minority ethnicity, people with disabilities, people who identify as LGBTQ+ and people managing mental health diagnoses. Academia is losing so many talented researchers who feel unwelcome or ‘not cut out’ for research because of this."

I started Women of the Wohl to create space for conversations and to build a community: we can only overcome these problems and change things by working together. Rebecca Casterton, Founder of 'Women of the Wohl'

Can you tell us about activities you've run?

"To date, Women of the Wohl has carried out several successful initiatives including our popular negotiation skills workshop day with actors from React Theatre, which has now run three times due to overwhelming demand for places. Our regular discussion seminars have encompassed topics ranging from bias parents face in academia, to senior career level women sharing their experiences of academic salary negotiation. To celebrate International Women’s Day earlier this year, we hosted a speed-networking hour where attendees rotated in small groups around invited guest academic speakers in quick-fire 5-minute sessions asking them anything about the successes and challenges they had faced in their careers.

"Most recently, we hosted a panel discussion on mental health in academia called ‘EVERYTHING IS FINE (Let’s talk about academic burnout)’. This event saw our biggest turnout and level of engagement yet, as the nine panelists discussed questions anonymously submitted by event attendees. On top of all this, Women of the Wohl is also a steadfast voice on the gender pay gap, running its ‘I Mind the Gap’ campaign each year on UK Equal Pay Day, to highlight the 17.8% gender pay gap at King’s."

So what's next for the Women of the Wohl?

"We have some big, exciting plans for the coming year and we’re working with some excellent individuals and groups to make them happen. We’ll be focussing strongly on academic working culture: particularly on bullying and harassment and also on how we can all be better allies – so watch this space!" 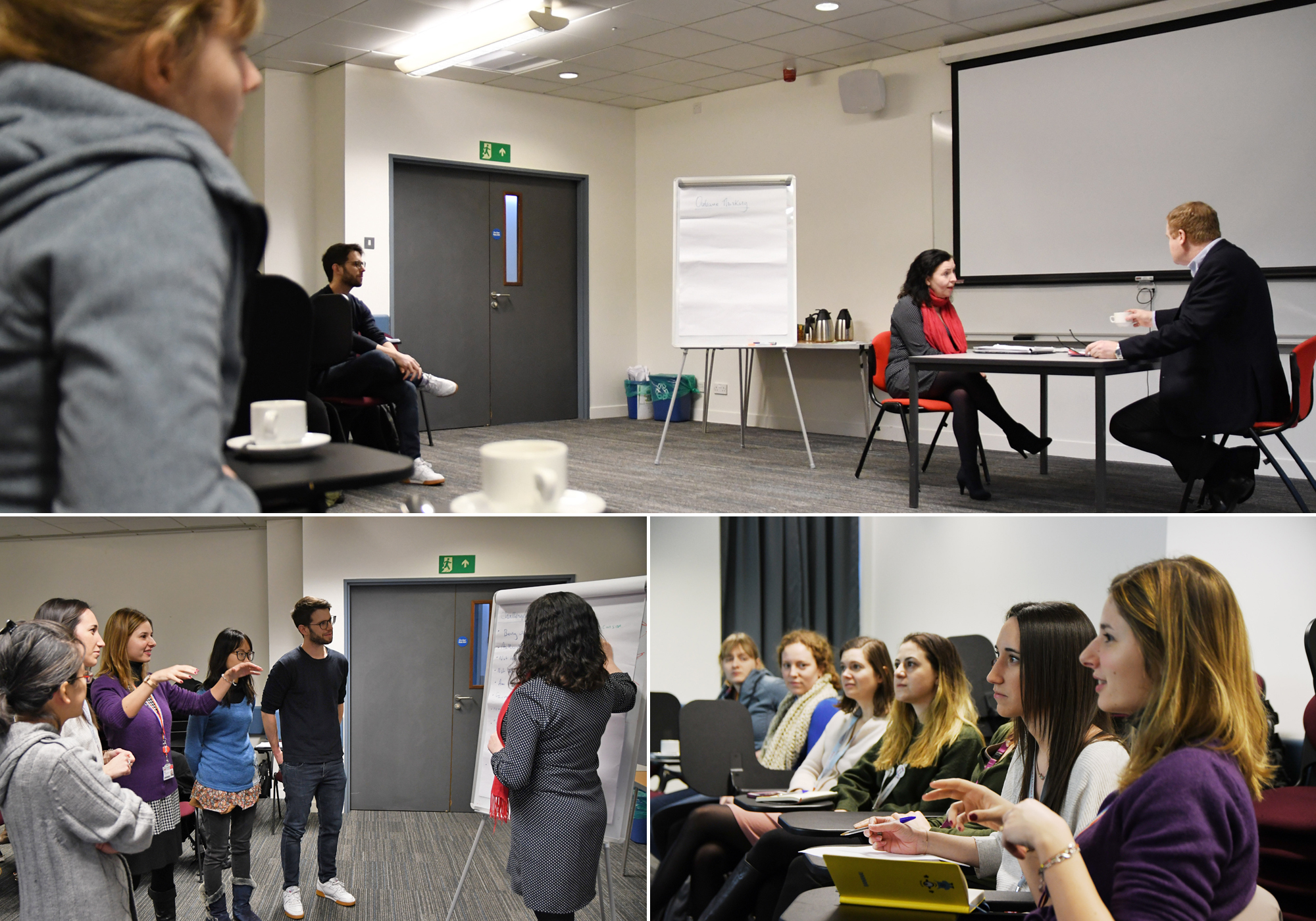