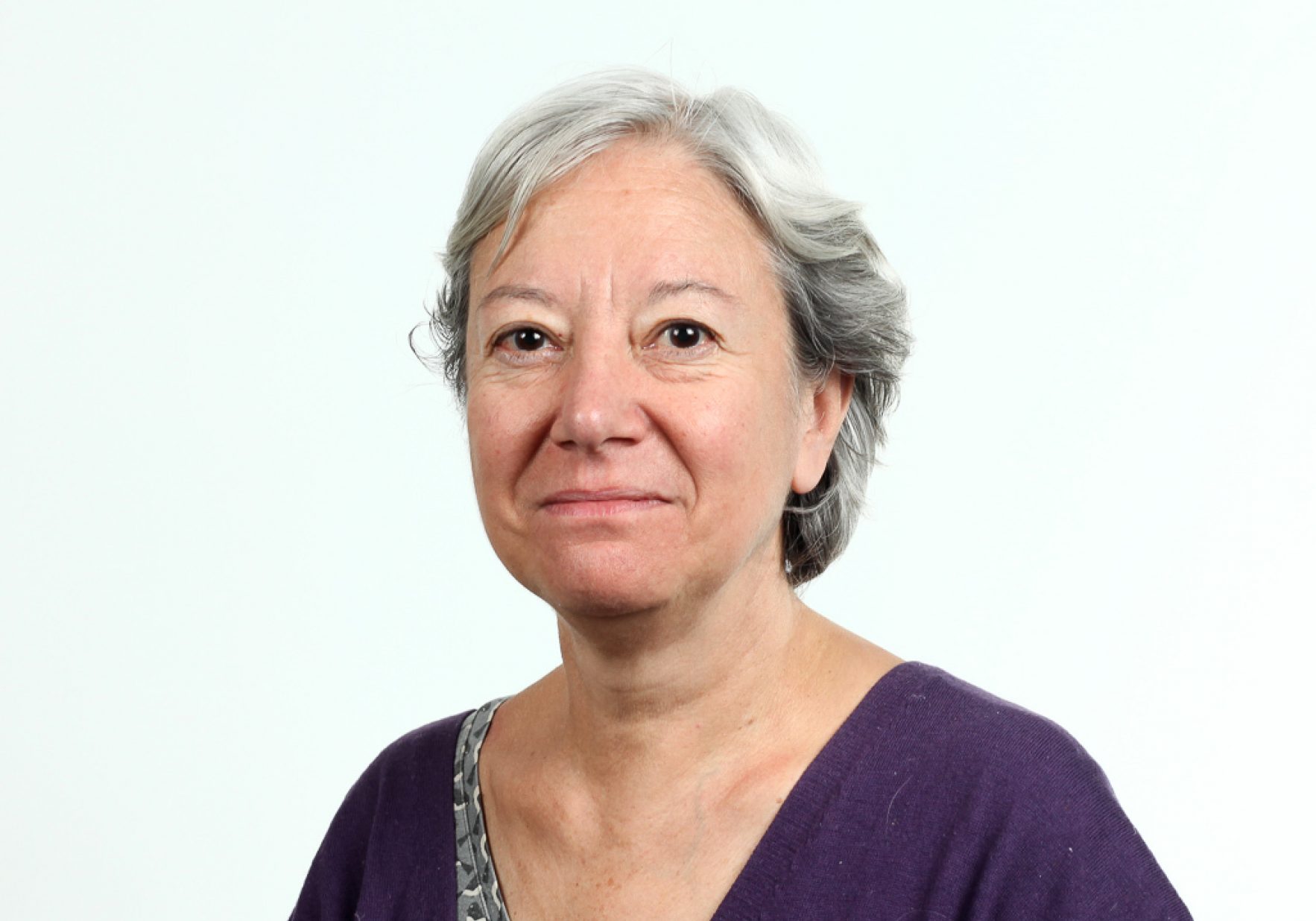 "Determining molecular structure is the only way to understand functional and disease mechanisms at the molecular level. " Annalisa Pastore
UK DRI Group Leader

Prof Annalisa Pastore is a world-renowned researcher in structural and molecular biology, specialising in proteins found in neurodegenerative diseases. Obtaining her PhD in Chemistry from the University of Naples, Italy, she went on to do postdoctoral training at the University of Oxford, before leading groups at Heidelberg and MRC NIMR. Annalisa became Professor of Chemistry & Molecular Biology at Kings College London in 2013, Professor at the Scuola Normale Superiore di Pisa in 2018, and has won numerous awards including being elected member of the Academia Europaea, AcademiaNet and the European Molecular Biology Organization. At UK DRI at Kings, she will lead research in to the molecular mechanisms of amyotrophic lateral sclerosis (ALS) and frontotemporal dementia (FTD).

RNA is a molecular cousin of DNA and plays many different, important roles that keep our cells healthy. But growing evidence now points towards an active role for RNA in disease, including several neurodegenerative conditions, such as frontotemporal dementia (FTD) and amyotrophic lateral sclerosis (ALS).

While FTD and ALS are distinct neurodegenerative diseases, they share common molecular causes and clinical features - and some people even have symptoms of both conditions. Clumps (or aggregates) of RNA binding proteins called TDP-43 or FUS are found in the brains of many people with these diseases, and this abnormal build-up is thought to play a key part in the death of neurons.

Prof Annalisa Pastore is investigating an innovative approach which offers exciting potential for treating FTD and ALS, amongst other neurodegenerative diseases. The team are designing tiny synthetic RNA molecules (or aptamers), with the aim of slowing aggregation of protein molecules, such as TDP-43. They are designing different versions and testing how well they work, as well as carrying out further investigations to find out more about the biological consequences of abnormal levels of TDP-43 on neurons, so we have a better understanding of how to treat associated diseases.

Increasing evidence suggests that RNA plays an active role in a number of neurodegenerative diseases. The most striking examples of this are found in frontotemporal dementia (FTD) and amyotrophic lateral sclerosis (ALS) where TDP-43 and FUS - two RNA binding proteins involved in regulating RNA transcription, splicing, stabilisation, transport and translation - mislocalise and aggregate. Aggregates containing TDP-43 or FUS are observed in a predominant number (95%) of tau-negative FTD and ALS patients and both knock-down and overexpression of TDP-43 and FUS are neurotoxic.

The link between RNA and neurodegeneration is thought to exist directly through the sequestration of RNA binding proteins, such as TDP-43 and FUS, bound to RNA foci, or indirectly through aberrant RNA processing caused by the aggregation of these RNA binding proteins. Several observations suggest that the natural binding partners of a protein are the best candidates to slow pathological aggregation, and therefore, designing disease-specific molecules similar to the natural partners could be a powerful strategy for therapeutic intervention. However, the precise effect of nucleic acid binding on the aggregation of TDP-43 and FUS remains controversial and warrants further investigation.

Prof Annalisa Pastore and her team are now building on their previous results showing that RNA aptamers (oligonucleotide or peptide molecules that bind to a specific target molecule) are able to interfere with the TDP-43 aggregation kinetics and that specific RNAs can effectively abrogate the deleterious aggregation of the protein in vitro. The group are exploring new aspects of the link between RNA binding and neurodegeneration, considering also the role of post-translational modifications that are very important for the functioning of TDP-43. A detailed characterization of already known natural interaction partners of aggregation-prone proteins could inform the design and optimisation of molecular mimics with properties of specific anti-aggregation agents which could, in the future, be used to develop anti-aggregation drugs.

2. To rationally design other beneficial RNA aptamers. The team will design and synthesize a range of other (UG)n-rich RNA-aptamers and test their ability to interfere with TDP-43 aggregation.

3. To clarify the role of post-translational modifications in the aggregation of TDP-43. Introducing differently modified recombinant proteins and characterising their RNA binding properties and aggregation kinetics.

4. To understand disease progression in ALS/FTD. In vitro studies to provide a quantitative description of the role of TDP-43 neurotoxicity in time and space, both under normal conditions and in response to oxidative stress.