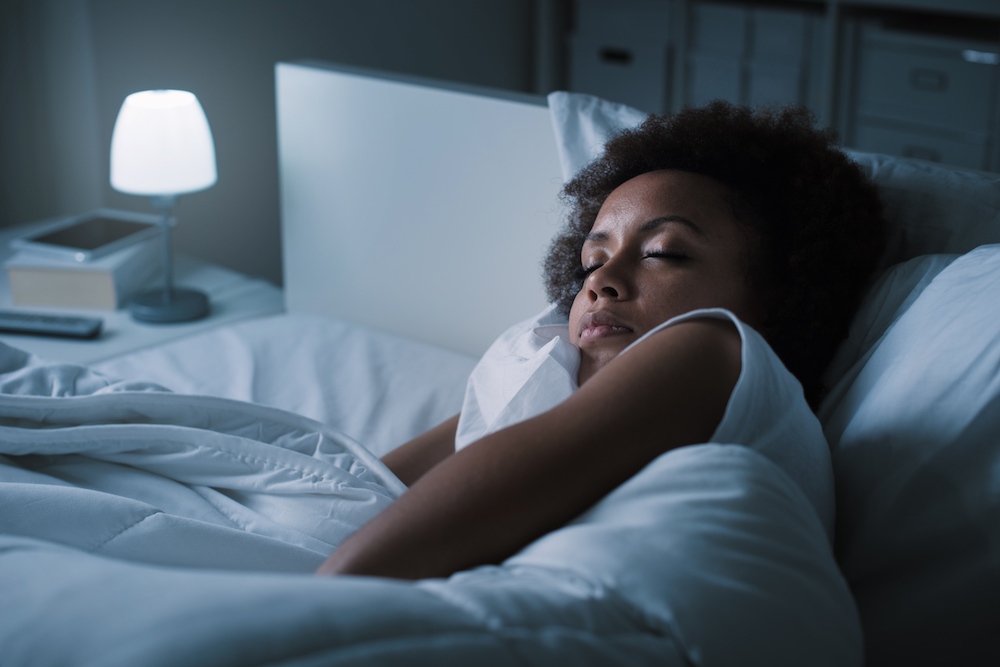 A new mouse study led by Prof Bill Wisden (UK DRI at Imperial) has found that stress can boost sleep and subsequently relieve anxiety. With emotional distress being a common symptom for those living with dementia, the findings could lead to new treatments targeting the underlying mechanism identified.

There are two main types of sleep that humans, and all mammals, experience: REM (rapid eye movement, where we tend to dream), and non-REM (NREM; deeper, dreamless sleep). People who suffer from stress disorders such as post-traumatic stress disorder (PTSD) experience less REM sleep, contributing to the theory that REM sleep helps process difficult emotions and stress.

Published today in the journal Science, the new study shows that certain kinds of stress can induce sleep, and provides further detail on how this happens in the brains of mice. As well as discovering how sleep is induced, the team behind the findings report that the sleep experienced by the mice appear to lower anxiety levels the next day.

To carry out the investigation, the researchers caused a type of psycho-social stress in mice called ‘social defeat’, which is used as an analogue for human bullying. Mice were exposed to particularly aggressive mice (without physical harm), after which researchers noted that ‘flight or fight’ hormones rose in their blood, indicating stress.

People living with dementia frequently suffer emotional distress and disturbances. In our new paper, we found that sleep can alleviate anxiety. Thus, in future work, based on the mechanisms revealed in our new findings, the idea would be to see if enhancing REM sleep in patients with dementia will help them with the stress they experience Prof Bill Wisden, Group Leader, UK DRI at Imperial

When the mice then slept, researchers tracked the activity of their neurons, revealing a specific set of neurons that detected and responded to the stress hormone levels and induced sleep high in both NREM and REM. The activity of these cells, and levels of NREM and REM sleep, stayed high for around five hours of sleep, during which time they also sent signals to other neurons that regulate stress hormones, blocking them from releasing more. The newly discovered neurons thus not only detected stress and induced sleep as a result, they also triggered the lowering of stress hormones.

Once the mice awoke, the researchers tested their anxiety response, to see how the sleep had affected their stress behaviours. They did this by measuring how long the mice spent in the light, rather than seeking out darkness, as they tend to do more when they are anxious. Their responses were compared to stressed mice that were either sleep deprived (stimulated with objects) or had their newly identified neurons impaired, meaning they didn’t get the restorative sleep normal mice did.

The mice that didn’t get their stress-induced sleep spent much more time in the dark, indicating they were more anxious, and their stress hormone levels remained high.

Having found this new mechanism, the team now hope to find ways to selectively target the responsible neurons to boost their positive effects via sleep. Since sleep is similar across mammals, it is likely the same mechanism is triggered in human brains.

“Our results add weight to the idea that REM sleep helps us cope with stress. However, we previously only knew about ways REM sleep is reduced, such as some drugs that suppress it. Now, our study has revealed a mechanism by which REM sleep is induced, paving the way for drugs or other interventions that target the right neurons and boost the stress-busting power of sleep.”

On the potential benefits for people living with dementia, Prof Wisden added:

"People living with dementia frequently suffer emotional distress and disturbances. In our new paper, we found that sleep can alleviate anxiety. Thus, in future work, based on the mechanisms revealed in our new findings, the idea would be to see if enhancing REM sleep in patients with dementia will help them with the stress they experience."

Find out more about Prof Bill Wisden's research via his UK DRI profile page. To stay up to date on the latest research news and Institute updates, sign up to receive our monthly newsletter, ‘Inside Eye on UK DRI'.