Gene expression dampened in synapses to protect against cognitive decline 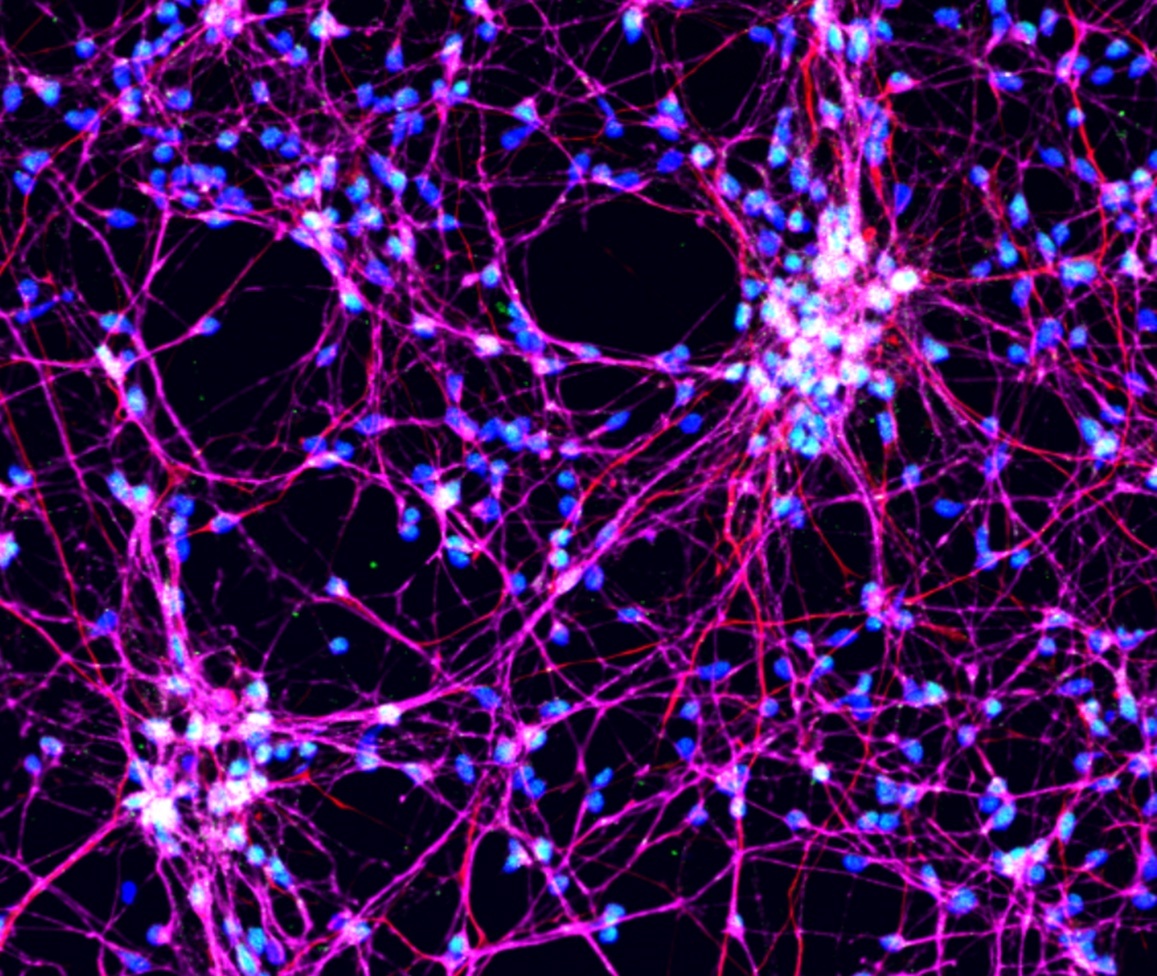 A new study, led by Prof Tara Spires-Jones and Dr Declan King (UK DRI at Edinburgh), has identified molecular changes in the brain associated with maintaining healthy cognitive abilities in old age. The study, published in the journal Alzheimer’s & Dementia, could provide a new therapeutic approach to improving cognition in people with Alzheimer’s disease.

Using post-mortem brain samples, a team of researchers examined synapses – the connection points between brain cells. They compared samples from three cohorts: people in mid-life, people who had aged without dementia, and people who had Alzheimer’s disease.

The authors were surprised to find that in aged people without dementia, the expression of genes involved in the function of synapses were turned down in people who had maintained cognitive function, compared with those who had age-associated cognitive decline that did not reach the severity of dementia symptoms.

cohorts were investigated in the study

The surprising finding here is that in older people who had maintained cognitive ability during ageing, synaptic genes were decreased compared to people with age-related cognitive decline. Prof Tara-Spires Jones, Group Leader at the UK DRI at Edinburgh

Furthermore, these same genes were turned down in neurons grown from stem cells of people with maintained cognitive abilities when they were challenged with toxic proteins.

“Our data indicate that dampening of synaptic signalling genes is evident in people with maintained cognition during ageing. These data also highlight the benefits of using well characterised cohorts such as the Lothian Birth Cohort 1936 for investigating synaptic resilience as a role for cognitive maintenance during ageing”.

Increased brain activity, or ‘hyperexcitability’ is known to be an early sign of cognitive dysfunction, and the secretion of toxic proteins also increases when brain activity increases. Modulating this may provide an effective way to improve cognition and protect against cognitive decline in Alzheimer’s.

Moving ahead, the team plans to use model systems to explore whether the changes in synaptic proteins that were associated with healthy cognitive ageing in people are a cause or effect of cognitive resilience.

To find out more about Prof Tara Spires-Jones’ work, visit her UK DRI profile. To stay up to date on the latest research news and institute updates, sign up to receive our monthly newsletter, ‘Inside Eye on UK DRI’.