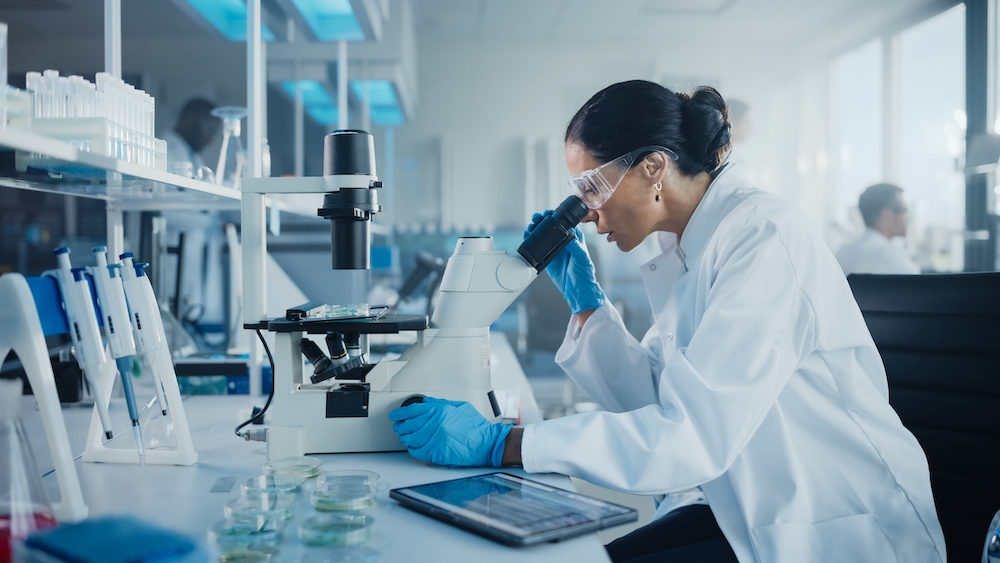 Today (28 September 2022) the pharmaceutical company Eisai, in collaboration with Biogen, has announced positive results from its phase 3 trial of lecanemab for the treatment of Alzheimer’s disease. Eisai reports, using a numeric scale to quantify severity of symptoms, that the drug slowed rate of cognitive decline by 27% compared with a placebo.

Lecanemab is the first treatment of its kind to support the amyloid hypothesis in a large, phase 3 clinical trial, offering hope that an effective treatment may soon be available.

reduction in rate of cognitive decline

This is a very encouraging result, demonstrating that we are moving in the right direction by targeting clearance of the amyloid beta protein. There is real momentum in the field and several exciting trial results on the horizon in the coming year. Prof Bart De Strooper, UK DRI Director

The trial, known as Clarity AD, included 1,795 people with early-stage Alzheimer’s disease and mild cognitive impairment. The full results are due to be presented at the Clinical Trials on Alzheimer’s disease (CTAD) conference in November this year, and the company aims to seek approval from regulatory authorities in the US, Europe and Japan by March 2023.

“This is hugely positive news for the millions of people affected by Alzheimer’s disease worldwide. It is a devastating condition, impacting many aspects of daily life including the ability to form memories, problem-solve and look after ourselves. Effective treatments are therefore desperately needed.

The results released so far from the lecanemab study show a 27% slowing of cognitive decline compared to people who did not receive the treatment over 18 months, meaning the trial hit its main goal. We will have to wait until the end of November to assess the data in more detail, but I am hopeful that the drug will be approved by the US Food and Drug Administration next year.

This is also a very encouraging result for the Alzheimer’s research community, demonstrating that we are moving in the right direction by targeting clearance of the amyloid beta protein. There is real momentum in the field and several exciting trial results on the horizon in the coming year.

It’s important that we aim to administer lecanemab, and drugs like it, as early as possible in the disease course. Changes to the brain begin decades before symptoms appear in Alzheimer’s. Therefore, intervening rapidly gives these medicines the best chance of slowing brain degeneration before too much damage is done, and positively impacting the lives of those affected.

The diversity of the study population, 25% of whom were Hispanic and African Americans, is also a mark of progress in the field and will give us essential information on how different populations may respond to the drug. This is crucial to understand, since there is growing evidence that the biological pathways underlying neurodegenerative disease vary by ethnicity.”

For more details on the announcement and next steps, please see the official press release from Eisai.

people with early-stage Alzheimer's took part in the study