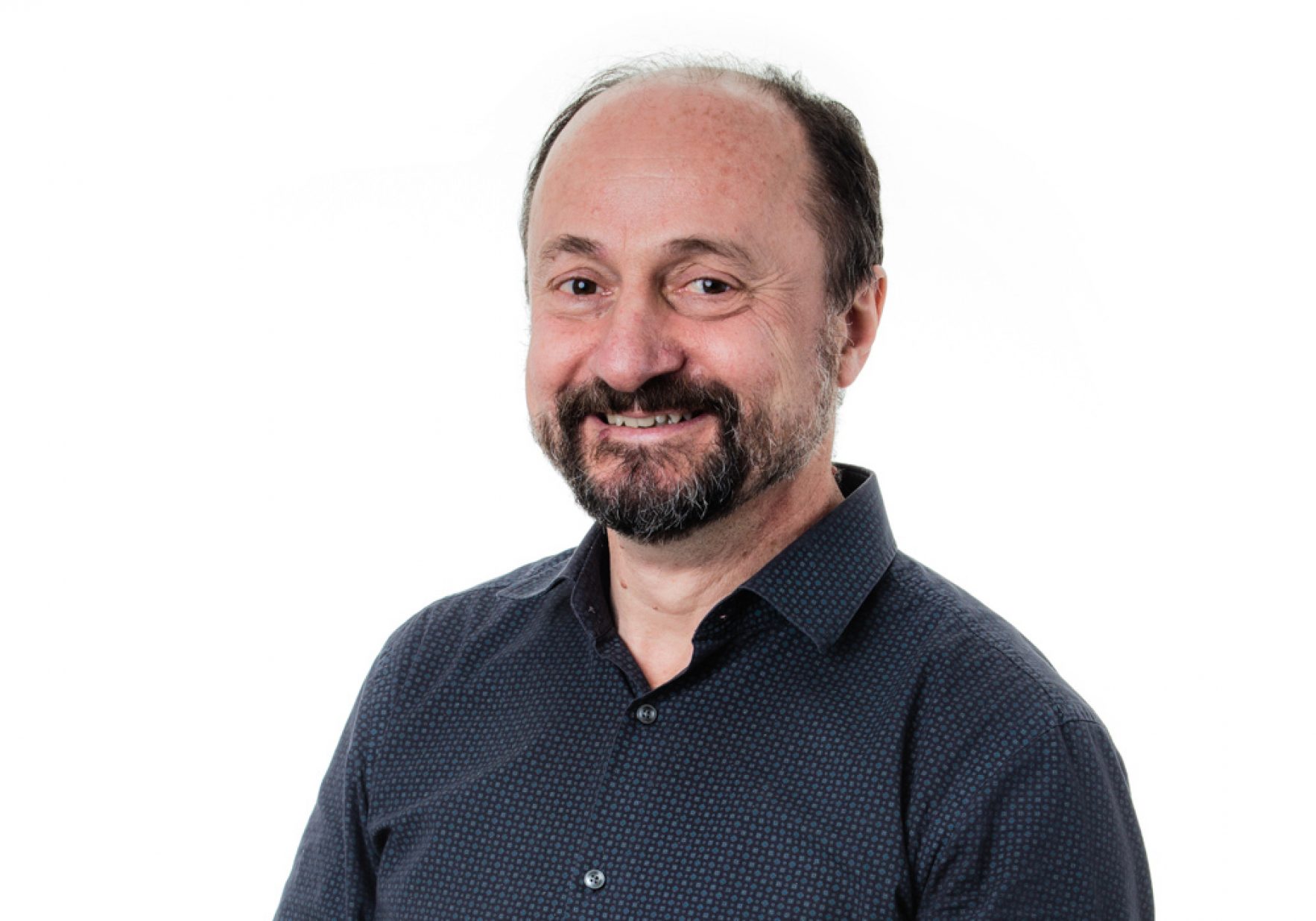 "Alzheimer’s disease is a biological problem that can be solved by bringing together the right people and the right ideas." Bart De Strooper
UK DRI Director

Prof Bart De Strooper is a world-renowned Alzheimer's disease researcher, formerly based at the KU Leuven in Belgium. He was Director at the Vlaams Instituut voor Biotechnologie and led a neuroscience department of over 250 researchers. He was elected to the Academy of Medical Sciences Fellowship in 2020, and has received several awards including the Potamkin prize, the Metlife Foundation Award for Medical Research, Alois Alzheimer’s prize, the highly prestigious Brain Prize 2018 and Commander in the Order of Leopold I. In addition to steering the UK DRI as National Director, his research group at the UK DRI at UCL interrogates the fundamental mechanisms behind Alzheimer’s and Parkinson’s disease.

Prof De Strooper's group at UK DRI at UCL is based at the Francis Crick Institute and co-led by Principal Staff Scientist, Dr Lorena Arancibia Carcamo.

Dr Lorena Arancibia Carcamo holds a BSc in Biochemistry from Imperial College London and a PhD in Molecular Neuroscience from UCL. Her postdoctoral research investigated molecular mechanisms underpinning neuronal and glial physiology focusing on myelination and microglia dynamics. At the UK DRI, Lorena investigates microglia function and cellular interactions using biochemical and state-of-the-art optical methods, including multi-photon imaging and super-resolution microscopy. Together with Prof Bart De Strooper, she is combining these studies with transcriptomic and proteomic approaches to further understand the cellular changes occurring in Alzheimer’s disease with a particular focus on the role of glia in neuroinflammation.

Action & Reaction – Probing the response of brain cells in dementia

Alzheimer’s disease (AD) is characterised by abnormal clusters of protein in the brain and it is thought that they or the mechanisms leading to their formation, could play a role in disease progression. Individuals with an inherited form of AD often have a mutation in the gene for one of these implicated proteins – Amyloid Precursor Protein (APP) which can be cleaved into toxic Amyloid beta (Aβ) protein fragments – and therefore, many scientists believe this protein also plays a significant role in the more common non-familial and late-onset form of the disease.

Unfortunately, clinical trials targeting Aβ have proved disappointing, suggesting a more complex mechanism at play. By probing further into the genetics of people with AD, a number of further risk genes become apparent, particularly linked to the immune system and other support cells in the brain. Prof Bart De Strooper believes that understanding the reaction of immune and other support cells, to “agitators” such as Aβ and Tau protein, may be key to finding new disease pathways to target.

In this research programme, Prof De Strooper’s team investigates the downstream effects of Aβ, including the beneficial and detrimental response by brain cells - neurons as well as the many other support cells. The group utilises state-of-the-art technology to analyse individual cells as, even within the same cell type, small variations may be critical to our understanding of how the disease develops. The overall aim is to identify key cellular changes during AD, which will hopefully lead to targets for treatments.

Alzheimer’s disease (AD) is characterised by the build-up of abnormal proteins and widespread neurodegeneration. In individuals with the familial form of the condition, mutations in the amyloid precursor protein (APP), and proteins involved in processing of APP, such as gamma & beta secretase, cause the production of longer amyloidogenic amyloid beta (Aβ) peptides – thought to be the primary cause of AD. The amyloid-cascade hypothesis has been the prevailing theory for disease pathogenesis, however, results from clinical trials that target components of this pathway have proved disappointing. However, we have much to learn from their ‘failures’, and we must also address the heterogeneity and stages of different disease types.

There is now a greater appreciation within the field as to the vast complexity of AD and other neurodegenerative disorders. To decipher disease mechanisms, Prof Bart De Strooper’s research has interrogated the genetics of both the familial and sporadic forms of the condition. Genome wide association studies (GWAS) consistently flag microglia and astroglia besides the amyloid pathway and Bart believes that targeting the cellular reaction to the Aβ may prove more effective than the protein itself.

In this programme at the UK DRI at UCL, Bart and his team focus on determining the downstream effects of Aβ, from the biochemical to cellular phase, and deciphering both the beneficial and detrimental response of brain cells such as microglia, astrocytes and oligodendrocytes. Recent evidence suggests that there are thousands of risk genes that confer a low risk for the development of AD. Bart is particularly interested in these previously overlooked genes as, when combined with other risk genes, and/or in aggravating conditions e.g. ageing or Aβ deposition, they may have a greater detrimental impact and lower the threshold for disease onset. This may be a critical aspect of sporadic forms of AD, where a strong genetic component, e.g. mutations in APP, is not observed.

Although there are numerous animal models aiming to mimic AD, none of them recapitulate all characteristics and pathologies of the condition fully. Furthermore, while mouse and human immune cells, such as microglia, have similar transcriptional signatures, this partially changes with age. Recent evidence also suggests the signatures from human microglia derived from AD brains, differ dramatically from mouse microglia in disease conditions. In attempts to overcome these issues, Bart’s group has recently developed a chimeric model by injecting human microglia derived from embryonic stem cells into brains of young mice. Eight weeks later, the human cells had taken on a seemingly normal, ramified appearance and distributed across the mouse brain in a classic microglial tiling pattern. Crucially, it appears they also keep their human transcriptomic signature. This model, therefore, has the potential to revolutionise microglia studies, yielding results more accurately reflecting the human condition.

The transcriptomic work carried out thus far has highlighted the extensive heterogeneity across microglial cell phenotypes, however, questions still remain as to the functional consequences in a disease context. By building collaborations and drawing on expertise in areas such as proteomics and lipidomics, Bart’s group brings together this knowledge to push toward therapeutic development for the clinic.

1. Elucidate the downstream effects of Aβ with respect to cellular response.

2. Utilise the novel humanised chimeric models to study the role of human microglia, astroglia, human neurons and oligodendrocytes in the cellular phase of Alzheimer’s Disease.

Within the UK DRI: