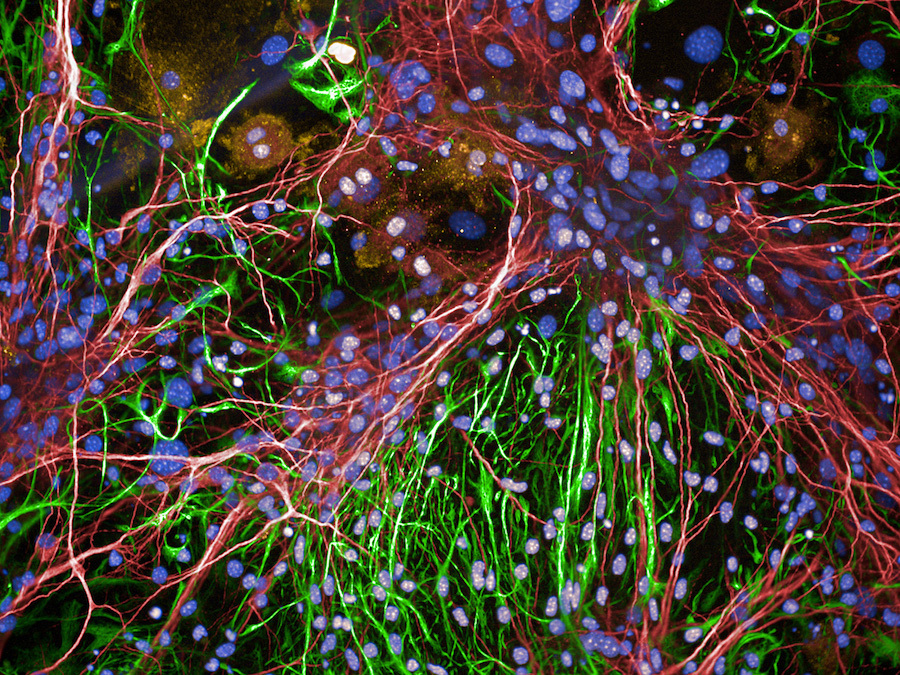 It’s been over a century since the discovery of Alzheimer’s disease, the most common form of dementia, and yet we are still without drugs that can slow or halt the condition that afflicts millions worldwide. While we have seen huge strides made in other major health challenges that face society, such as cancer, therapeutic solutions still remain elusive for dementia, which is now the leading cause of death in the UK. To pull apart the issue, we sat down with Professor Karen Duff to find out more about the obstacles facing the dementia field, her research into the fundamental biology behind the diseases, and where we go from here.

Exploring the where, the what and the tau

Professor Karen Duff joined the UK DRI’s hub at UCL as Centre Director in spring 2020 from Colombia University in the US. A world-leading expert in neurodegenerative diseases, her research focus is on the protein tau, which when accumulated into neurofibrillary tangles, is one of the main pathological hallmarks of the Alzheimer’s brain.

“Tau has an extremely important role to play in normal cell biology, with multiple functions including in the stability of neurones and the regulation of cognition,” says Professor Duff. “When the protein converts to an abnormal form, is found in an abnormal location or functions abnormally, it becomes a key feature of over 30 neurodegenerative diseases. In many conditions, tau is certainly the initiator, for example, in over half the cases of frontotemporal dementia. But in Alzheimer’s disease, it appears amyloid beta is the primary cause and tau’s effects are secondary. In either case, it certainly has a crucial role in the death of the neurones where the tau builds up in tangles. It’s clear that a neurone with abnormal tau will degenerate and I believe it has to be dealt with therapeutically.”

A significant obstacle to understanding the biology of neurodegenerative diseases has been in the generation of models that accurately recapitulate the pathology observed in human brains. Perhaps Professor Duff’s biggest achievement therefore has been in the development of an Alzheimer’s disease mouse model. Genetically engineered to establish tau pathology in the entorhinal cortex, the same brain region first affected in humans, the pathological protein sequentially spreads from neurone to neurone, region to region. The model enables significantly greater insights into disease processes. But why is deciphering the spread of protein so important to our understanding of disease?

Professor Duff explains: “A major change in the field has been in not just looking at the levels of the protein but where that protein is. In Alzheimer’s disease, the key moment in my mind is when tau spreads into the neocortex - then you get dementia. There is probably then very little you can do to rein it in. You may be able to slow it down, but you probably can’t stop the disease and so that’s the time window where we need to target therapeutics.”

Equipped with a range of models and techniques, Professor Duff’s lab at UCL is embarking on an exciting programme of research drilling down into the biological mechanisms behind tau propagation. Her aim is to determine the structure of spreading tau and which cell types are involved, which will be important in the development of much-needed treatments. 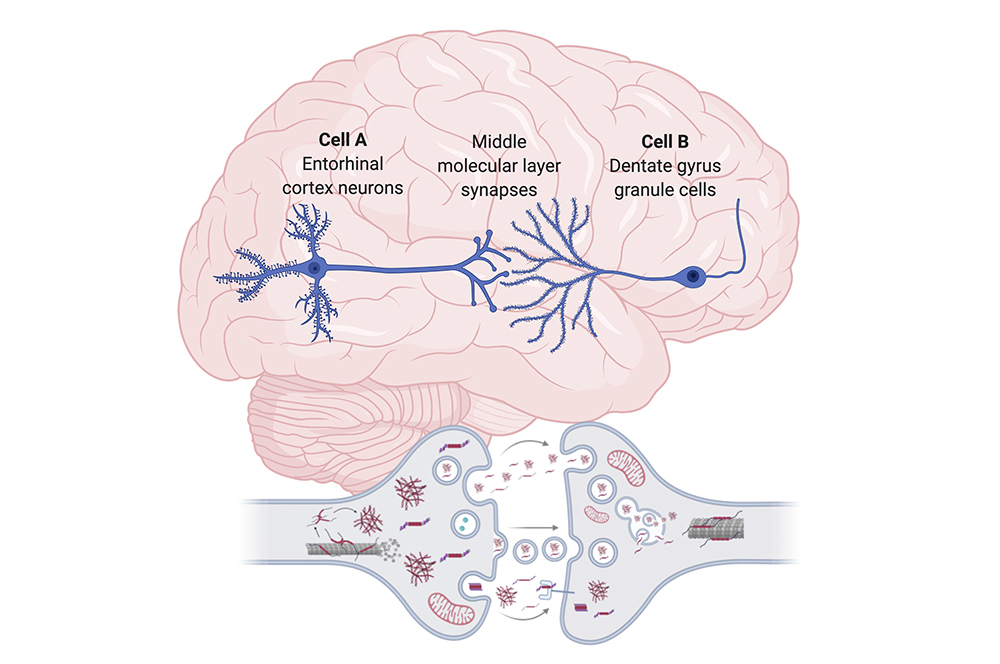 A major question in the field of neurodegeneration is why certain populations of neurones are lost in disease, while others are seemingly spared or resistant to the developing pathology. This phenomenon is known as ‘selective vulnerability’, and is another important focus for Professor Duff’s lab.

“Selective vulnerability is fundamental to all neurodegenerative conditions in that the cell types affected in disease will determine how the disease manifests clinically. For example, in motor neurone disease, you’ll have degeneration of spinal cord neurones resulting in issues with muscle movement. If you've got degeneration of neurones in the brain’s hippocampus, you'll have problems with your memory. Even one abnormal protein can give rise to a range of clinical diversity. We see this with tau in frontotemporal dementia where the disease can affect you in several ways including with memory, social skills, emotions and motor effects similar to Parkinson’s. It's the same protein, but how the disease manifests clinically will be dependent on which cells are impacted. The reciprocal of vulnerability –  resilience –  and identifying why certain cells resist pathology, is an equally important line of investigation.”

Although an important phenomenon for teasing apart the differences in neurodegenerative disease, the molecular mechanisms underlying selective vulnerability are still unknown. Professor Duff speculates that genetics is likely to be at the heart of the issue but the composition of proteins in the cell may also play a role. With recent advances in genetic technology, an individual’s genome can now be sequenced for under £1,000, opening up the possibility of targeted treatments based on a person’s genetic make-up. As we learn more about disease, we may find a more personalised approach is required, but will it be practical to work at this level of specificity with large populations?

“I think the low hanging fruit is certainly to target the common mechanisms that might be impactful within one disease and possibly even across diseases. Current medicines usually hit a common pathway and that's the first step, because it’s great if it works. If it doesn't work, however, then you have to dig deeper. What I want to make sure of with our work on selective vulnerability, is that we have the information we need to be able to go down to a more specific level and understand the signatures of individual neurones. When we talk about personalised medicine, we aren’t necessarily speaking in terms of an individual, but therapeutics that are specific to a cell type. The added advantage is that you are likely to see fewer off-target side effects with this approach.” 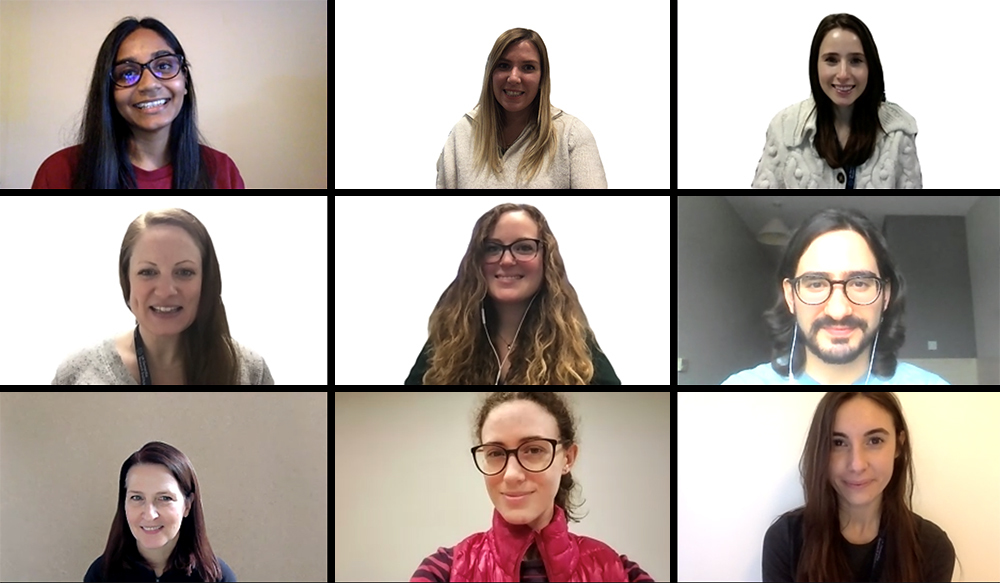 The past few decades have seen several clinical trials for Alzheimer’s disease, but all have unfortunately ended in disappointment, often failing to slow the disease progress and in some cases, even causing harmful side-effects. Why have we seen little success so far and what are the barriers to overcome?

“This comes down to my stated mission for the UK DRI at UCL,” says Professor Duff. “That is, to get the right drug into the right patient at the right time. Firstly, you have to understand the patient group that you're trying to target. Drugs are usually given to people who are 80 years old and above and that's a very different brain environment than your three-month-old mouse model. There are complexities of an elderly brain that might impact the ability of your drugs. We also have to be intervening much earlier and I think this is where most of the clinical trials are failing. They're carried out at a mild to moderate stage, and actually there is this pre-symptomatic window that is very long in Alzheimer’s compared to other disease. Imaging studies using PET ligands for proteins like tau have shown us that the protein is present perhaps 10 to 15 years before symptoms, and an awful lot has happened to the brain before you see anything clinically. There are still major questions surrounding the drugs that we have available: are we targeting the correct version of your candidate proteins, be it amyloid beta or tau? These three components have not come together properly and that's why we have seen these failures.”

So where is the field currently? Are these lessons being learned and do we have the means to act on them?

“I've been somewhat depressed about the field because it's been failure after failure, but now the tools and technology are developing for Alzheimer’s and I'm very excited. We have much better biomarkers which makes it so much easier to get large numbers of people tested. They will allow us to really place the patient in the time course of their disease. We can now combine amyloid imaging, tau imaging and these biomarker studies to give us a really good idea of what's happening to an individual, which allows us to select the appropriate people to enter a clinical trial. We’ve also had hints from the clinical trials that if you stratify the patients, look at this group and not that group, you are seeing some positive results. I think we have to use those clues and hone-in on where we need to make developments.

I’m optimistic that we're over the worst of our clinical trial failures. We’re at the end of the beginning of our misunderstanding of the disease, and we’re at the beginning of being able to end it. It’s not right there yet as there's the matter of fine tuning. We might also be able to only tweak the disease so that it progresses a bit more slowly, but the impact of that could be huge. If you keep somebody out of a care home or enable them to live another couple of years, then that's a success. Our goal should be to allow people to live for longer on their own terms and in their own home.”

For more information or to explore partnering opportunities with any of the UK DRI Group Leaders, please contact UK DRI Director of Innovation and Business, Dr Kay Penicud.