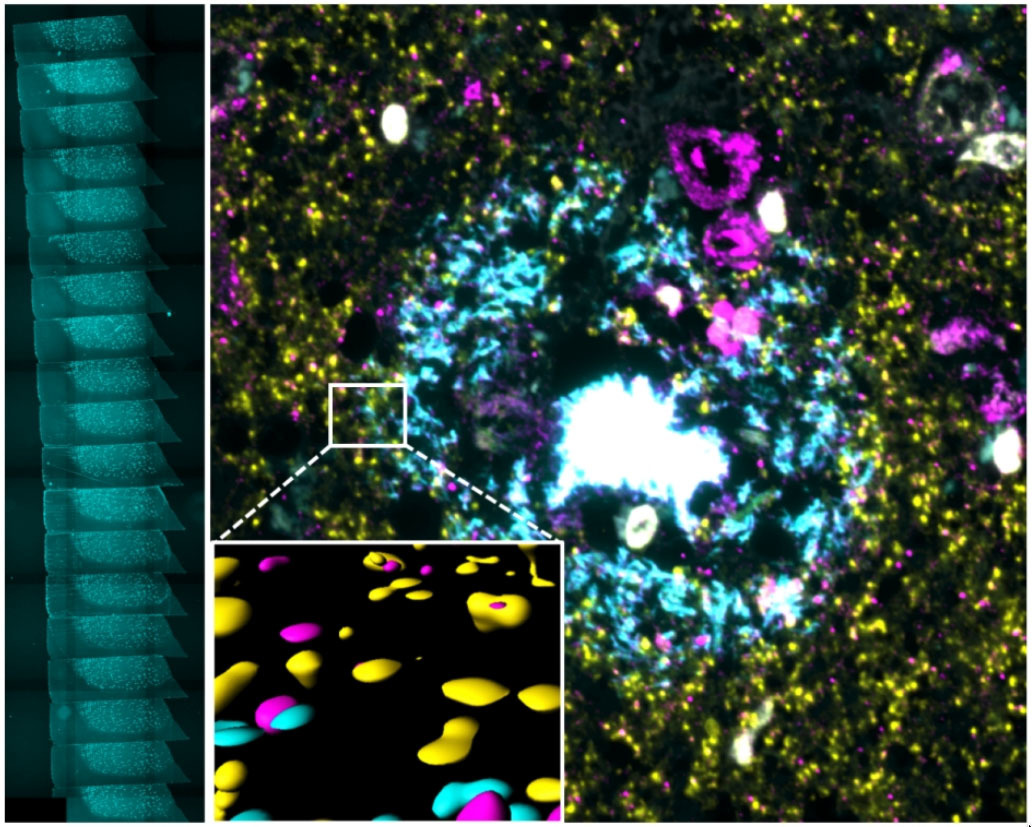 A new study led by Prof Tara Spires-Jones, UK DRI at Edinburgh, has shed light on synaptic degeneration in Alzheimer’s disease with observations that the highly implicated clusterin protein accumulates in these vulnerable structures.

Prof Tara Spires-Jones outlined the impact of this work and what it means for people with AD:

“We have identified another player in the host of proteins that damage synapses in Alzheimer’s disease. Synapses are essential for thinking and memory, and preventing damage to them is a promising target to help prevent or reverse dementia symptoms. This work gives us a new target to work towards in our goal to develop effective treatments.”

Individuals carrying the ApoE4 allele are at greater risk of developing Alzheimer’s disease when compared to the more common ApoE3 allele, and the rare protective ApoE2 allele. It is not known why this is the case, however, Tara and others speculated that the protein has a role to play in synaptic degeneration, perhaps via interacting with other genetic risk factors such as clusterin. The results from this study support further investigation into the relationship between ApoE and clusterin in the synapse, with the aim to uncover more detail on disease mechanism and subsequent novel drug targets.

This work gives us a new target to work towards in our goal to develop effective treatments. Prof Tara Spires-Jones, UK DRI at Edinburgh