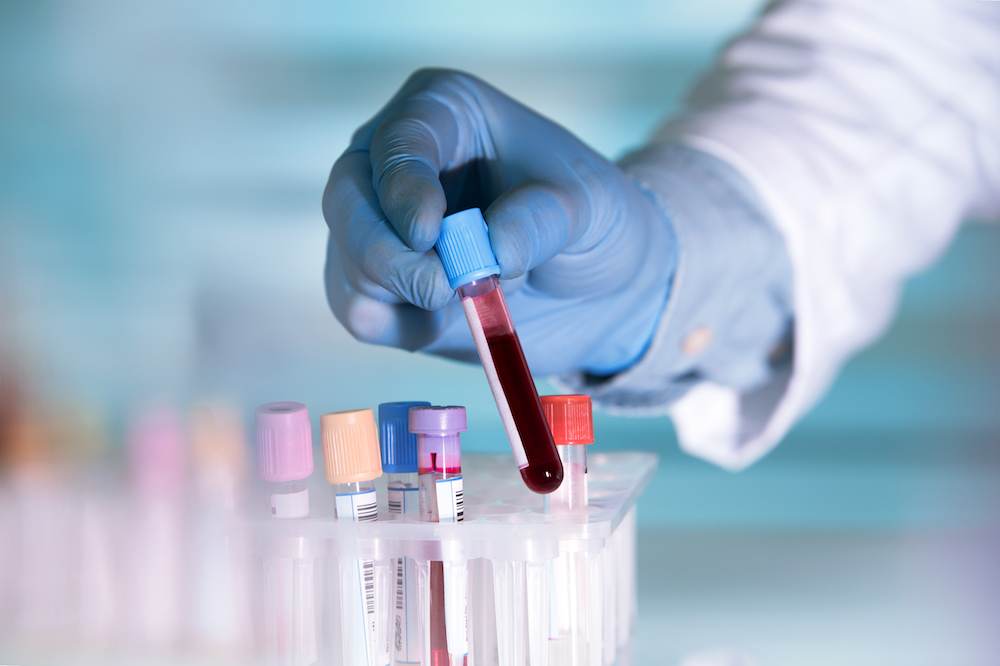 UK DRI is thrilled to announce that Group Leader Dr Tim Bartels, UK DRI at UCL, has been awarded funding to test a promising new biomarker for Parkinson’s disease. Working collaboratively with Eisai, one of the world’s leading research based pharmaceutical companies, a newly hired postdoctoral researcher will build on preliminary work from the group with the aim of improving diagnosis of the condition.

Dr Tim Bartels and his group investigate the structure of brain proteins adversely affected in neurodegenerative disease, for example, α-synuclein, which builds-up or aggregates in the neurones of people with Parkinson’s disease. The team recently discovered that α-synuclein can take on a complex but stable shape known as a helically folded tetramer, which prevents it from aggregating in disease. It has been observed that harmful mutations of the α-synuclein gene (SNCA) force the tetramer to destabilise, promoting aggregation of single α-synuclein proteins (monomers). Based on these findings, Dr Bartels’ group believe that determining the ratio of aggregating monomers to stable tetramers could represent a robust biomarker of Parkinson’s disease and facilitate diagnosis of the condition in the clinic.

the protein target for a Parkinson's disease biomarker

This opens the unique opportunity to validate our results as a viable biomarker for existing and prodromal Parkinson’s disease Dr Tim Bartels, Group Leader at UK DRI at UCL

To achieve this, the group has developed a technique which enables them to assess the ratio of monomer to tetramer in blood, where α-synuclein is also found, which can give clues as to detrimental events occurring in the brain. Dr Bartels has already produced exciting results showing that a shift in the monomer/tetramer ratio in blood correlates to clinical diagnosis of Parkinson’s disease and could even be used in similar diseases, known as the α-synucleinopathies, including dementia with Lewy bodies.

During this three-year collaborative award, the Bartels lab will work closely with the team at Eisai to expand on this preliminary work in a larger cohort of people living with the disease. They aim to improve the efficiency and accuracy of their biomarker test by using antibodies which can distinguish the different forms of α-synuclein. If successful, an additional benefit of the test will be in monitoring the effects of potential treatments for α-synucleinopathies in future clinical trials.

“Given the promising preliminary data that we have acquired together with Queen’s Square Hospital, we are really excited to extend our biomarker study and bring it to a high-throughput format. This opens the unique opportunity to validate our results as a viable biomarker for existing and prodromal Parkinson’s disease”

In this second round of the joint UK DRI-Eisai funding award, researchers were invited to propose novel research projects in the field of neurodegeneration that may ultimately lead to transformative medicines for those living with dementia. The award provides £221,000 for a new three-year postdoctoral researcher to undertake the project with additional resources for reagents or other expenses. The postdoc will benefit from both the UK DRI’s state-of-the-art research facilities and Eisai’s drug discovery and translational expertise, and attendance at an annual one-day workshop to discuss the ongoing work. Details of the successful projects from the first round can be found here.