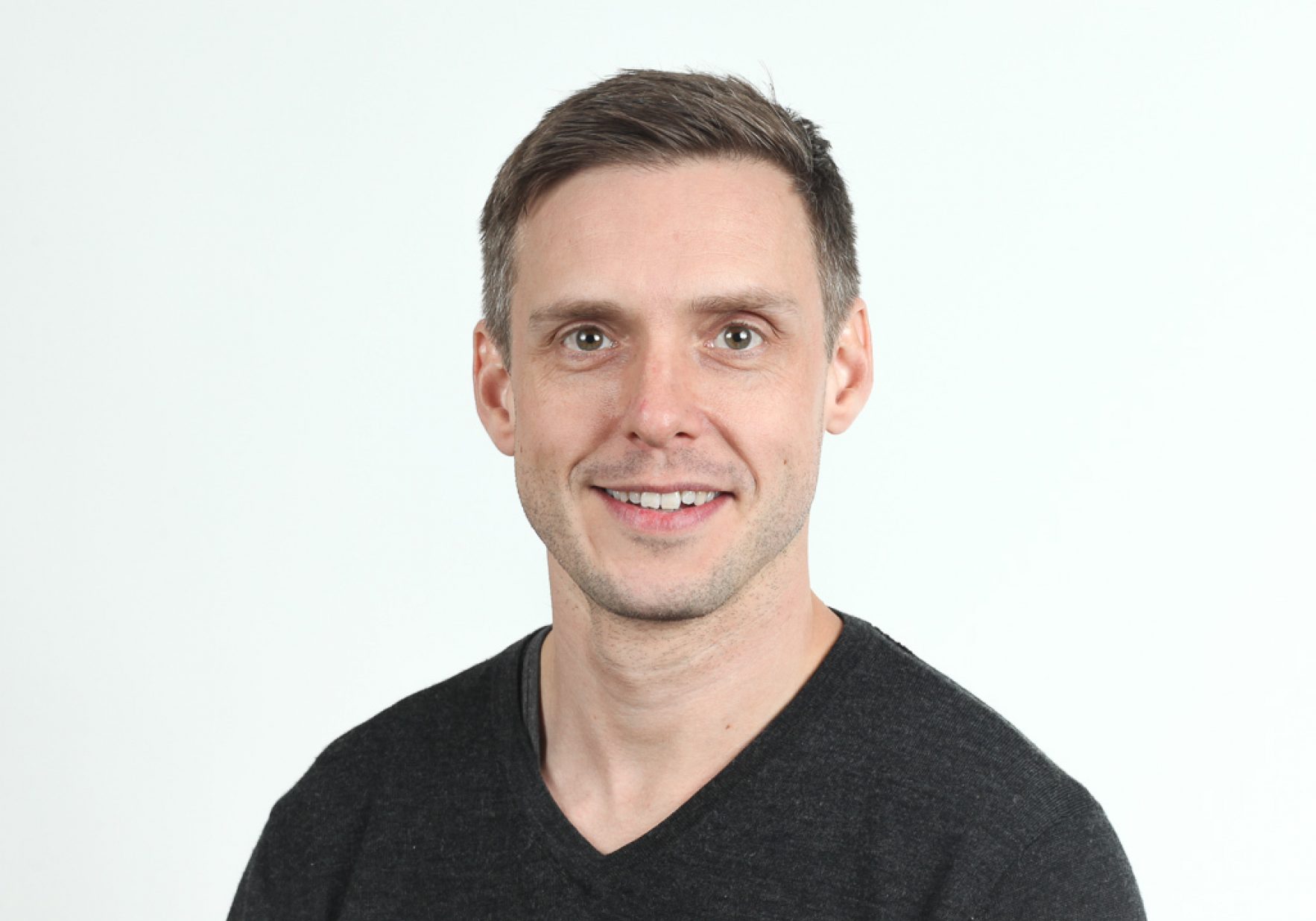 "My goal is to understand the folding mechanisms of so-called 'intrinsically disordered' proteins in neurodegenerative diseases. These proteins are characterised by domains predicted to be largely structure-less, yet they are common in eukaryotic organisms, leading to a puzzling disconnect in the protein structure = function paradigm." Tim Bartels
UK DRI Group Leader

Dr Tim Bartels comes from a background in Biophysics and conducted his PhD at Adolf Butenandt Institute, Ludwig-Maximilian University in Munich. Following his post-doctoral training with Dennis Selkoe at Brigham & Women’s Hospital and Harvard Medical School, he accepted his first faculty position as Instructor and later Assistant Professor of Neurology. Now leading a new 3-year programme at the UK DRI at UCL, Tim and his group will continue research investigating the structure-function relationship of alpha-synuclein in synucleinopathies.

Devastating neurodegenerative diseases such as Dementia with Lewy Bodies (DLB), Parkinson’s disease (PD) and Multiple System Atrophy (MSA), are characterised by the widespread accumulation of an aggregated protein, alpha-synuclein (αSyn), in the brain. Scientists believe that the clusters of αSyn and/or the mechanisms leading to their formation, may be important in the progress of these diseases.

It is unclear how or why these proteins begin to clump together but identifying the mechanism could lead to therapeutics that may slow or halt the process. Dr Tim Bartels is one of the researchers investigating this topic, trying to understand how αSyn folds into various structural forms. In his recent work, he found that αSyn normally exists in a helical structure which is resistant to aggregation. If the protein can be stabilised in this form, it may not clump together into the harmful aggregates observed in disease.

Furthermore, Tim and his team will utilise donated brain tissue from Queen Square Brain Bank for Neurological Disorders (QSBB) which holds a unique archive of brains and tissue donated by individuals with neurodegenerative disease, and healthy brains for comparison. Validating the existence of diverse structural configurations of αSyn in people with the disease, as well as animal models, will be critical to developing treatments for these disorders.

Aggregates of alpha-synuclein (αSyn) (in Lewy bodies and neurites) are a pathological hallmark of Dementia with Lewy Bodies (DLB), Parkinson’s disease (PD) and Multiple System Atrophy (MSA), so-called “synucleinopathies”. To study the structure of αSyn, Dr Tim Bartels broke the usual paradigm of performing structural analysis in recombinant systems and isolated αSyn under non-denaturing conditions from human tissue. He demonstrated that this previously labelled “natively unfolded” protein exists in a highly structured tetramer that is resistant to disease-associated misfolding, meaning that destabilising this tetramer is an early requirement of pathogenesis in neurodegeneration. These findings forced a re-evaluation of 15 years of previous work on αSyn, opening new avenues for therapeutics and biomarkers for the treatment of PD that he is actively exploring.

New preliminary experiments indicate that the tetrameric form is not only resistant to time-dependent self-aggregation but also shows increased resistance (compared to unfolded monomers) to misfolding initiated by tiny amounts of fibrillar material, i.e., “seeded aggregation”. Based on these new findings, it is important to identify factors that could trigger the denaturation of folded αSyn and allow its abnormal aggregation in neurons. Tim has found, using transient lipid contact as a catalyst for multimer formation, that lipid vesicles might act as a “liposomal chaperone” capable of conferring aggregation resistance to the large cytosolic pool of αSyn. Additionally, recent publications imply membranous compartments as the nucleation cores of Lewy bodies and that lipid binding is necessary for pathological oligomers to exert toxicity, showing that the αSyn-lipid interaction is central for both its physiology and pathomechanism.

Furthermore, αSyn is one of the most prevalent examples for “intrinsically disordered” proteins (IDPs). Since Tim was able to demonstrate that context specific structure formation is highly relevant for synucleinopathies, his lab has started elucidating diverse context-dependent mechanisms for IDPs that are leading to functional structures in living cells but not in the classical in vitro systems where important cellular components are missing. This has the potential to provide insight into the basic biology of this interesting class of proteins, many with a strong connection to neurodegeneration (e.g., TDP-43, PrP, Tau). Tim believes that, in these proteins, pathways driven by kinetics, not necessarily thermodynamic stability, are important for what functional and pathogenic forms are present in a living cell. Therefore, understanding these pathways will ultimately be key to uncovering the molecular mechanisms of the neurodegenerative diseases associated with these proteins.

1. Elucidate the cellular mechanism of αSyn stabilization/destabilization by factors associated with increased risk for synucleinopathies in model systems and human tissue with a special emphasis on the involvement of lipids.

2. Diagnostically validate the shift in the αSyn tetramer/monomer ratio and the equilibrium between pathological and physiological species as an early precipitant of disease.

3. Determine the structural features and bioactivity of soluble fibrillar species of αSyn isolated from human brain of patients with DLB, PD and MSA.

4. Investigate the effect of non-neuronal cells on αSyn toxicity, with special emphasis on the gut-brain axis in PD.