UK DRI Synapse Symposium: How do we keep the brain talking? 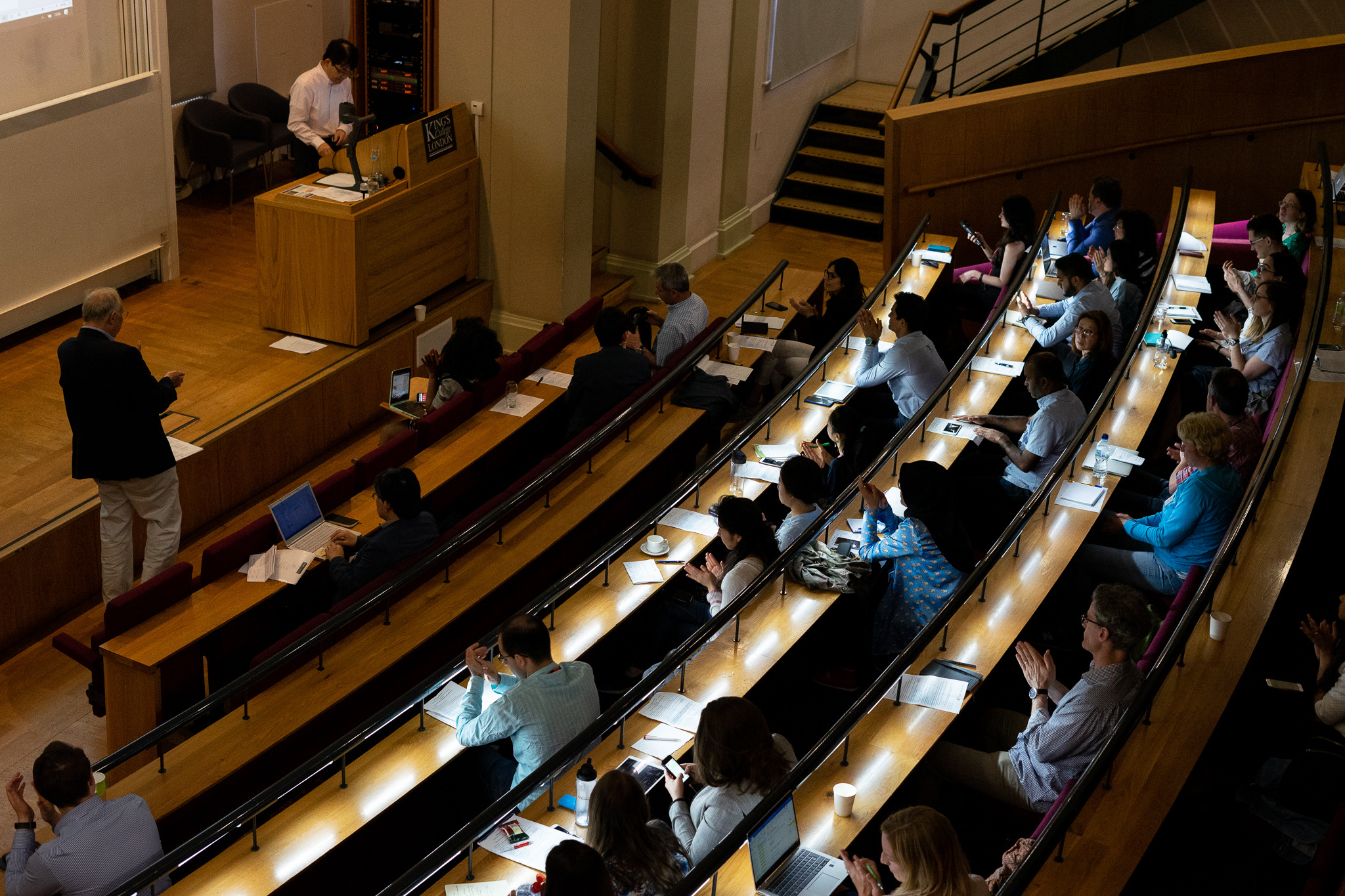 On 27 June, an international forum of scientists came together at King’s College London to examine the core biology of the synapse and explore possible reasons for its demise in pathological conditions. We take a look at what was discussed, and some key messages taken from the day.

Fundamental to communication in the nervous system, synapses are not only mere junctions between neurons, but dynamic and sophisticated arrangements, coding information passed across the brain and beyond. Dysfunction, and ultimate disintegration of synapses, is a core characteristic of neurodegenerative disease and much research is focussed on finding ways to protect these precious structures.

Organised by UK DRI Group Leader Kei Cho, and in conjunction with King’s College London, the summer synapse symposium -'Physiology and Pathophysiology' - aimed to provoke stimulating discussion on this fundamental topic area in dementia research, by assembling a diverse range of international speakers from both within the UK DRI and further afield.

I was delighted to see how discussion developed around the theme of the meeting, particularly related to memory function in dementia and the potential risk that the early stages of pathophysiology pose. Prof Kei Cho, UK DRI Group leader at King's

Many of the speakers introduced innovative new methods and protocols, such as: 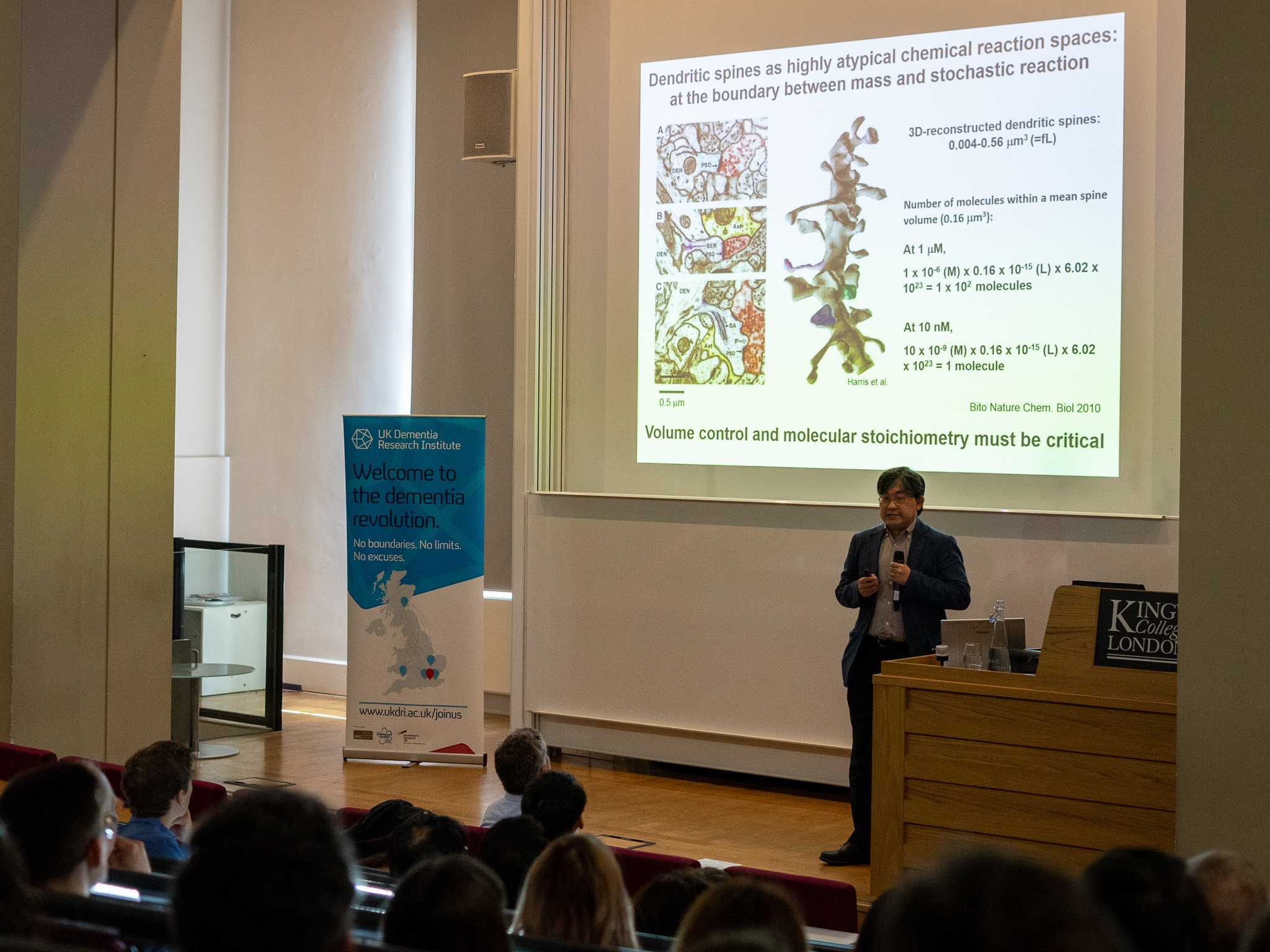 Two researchers outlined their work into synaptic plasticity, both by exploiting the rodent visual system, as it can be easily manipulated for sensory stimulus and deprivation. Sam Cooke’s, KCL, research focusses on behavioural habituation while Sam Barnes, UK DRI at Imperial, investigates synaptic upscaling and downscaling in homeostatic plasticity. Additionally, Zheng Li, NIMH, gave a comprehensive presentation showing her latest work deciphering the role of caspases and autophagy in synaptic plasticity.

Other topics described how impaired cellular mechanisms impact on the normal functioning of synapses:

Additionally, there were two very different talks related to sleep. Matt Jones, Bristol, presented on slow-wave sleep patterns – a critical mechanism for fine-tuning and integrating memories – and the disruption found in a variety of conditions including schizophrenia and DiGeorge syndrome, which is linked to Parkinson’s disease. Marco Brancaccio, UK DRI at Imperial, concluded the day’s lectures outlining his extensive work on the astrocytic-neuronal interplay and its role in circadian rhythms.

The day was supported by Scientifica & Coherent, who gave a brief presentation on an advanced three-photon imaging tool. 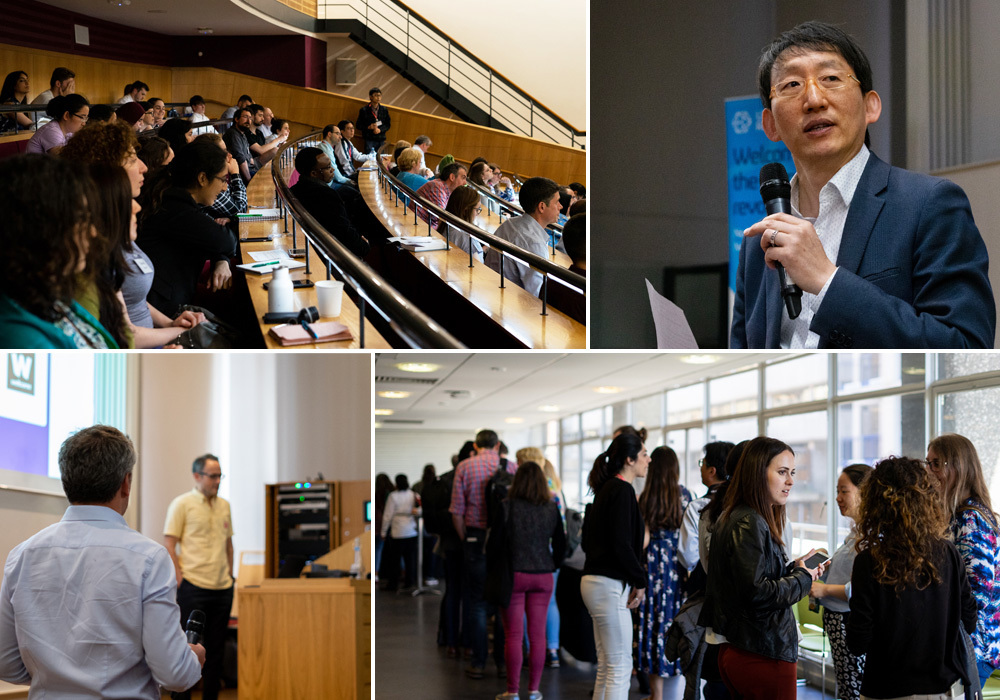 To support the research heard at the symposium, a technical workshop on the topic of ‘Advanced Multi-Photon imaging techniques for fine structure of neuron and protein movement’ was organised by Scientifica & Coherent.

This coincided with the unveiling of Kei Cho’s newly refurbished labs, featuring systems capable of two-photon imaging with electrophysiology and allowing for simultaneous measurement of changes in synapse structure and function. The equipment can also be used in advanced optogenetic experiments which are essential to understand the transient localisation and dynamics of key molecules/proteins in Alzheimer’s disease, particularly those influenced by risk factors - important in the early stages of the condition and for identifying promising drug targets.

The UK DRI were delighted to have members of the Korean Embassy (Minister Hong, Senior Diplomat; Mr Hwang, Science Diplomat), the MRC (Dr Mark Palmer, Director of International Relations), Scientifica and firms involved in the refurbishment (BMJ Architects; Overbury), in attendance for the lab opening. 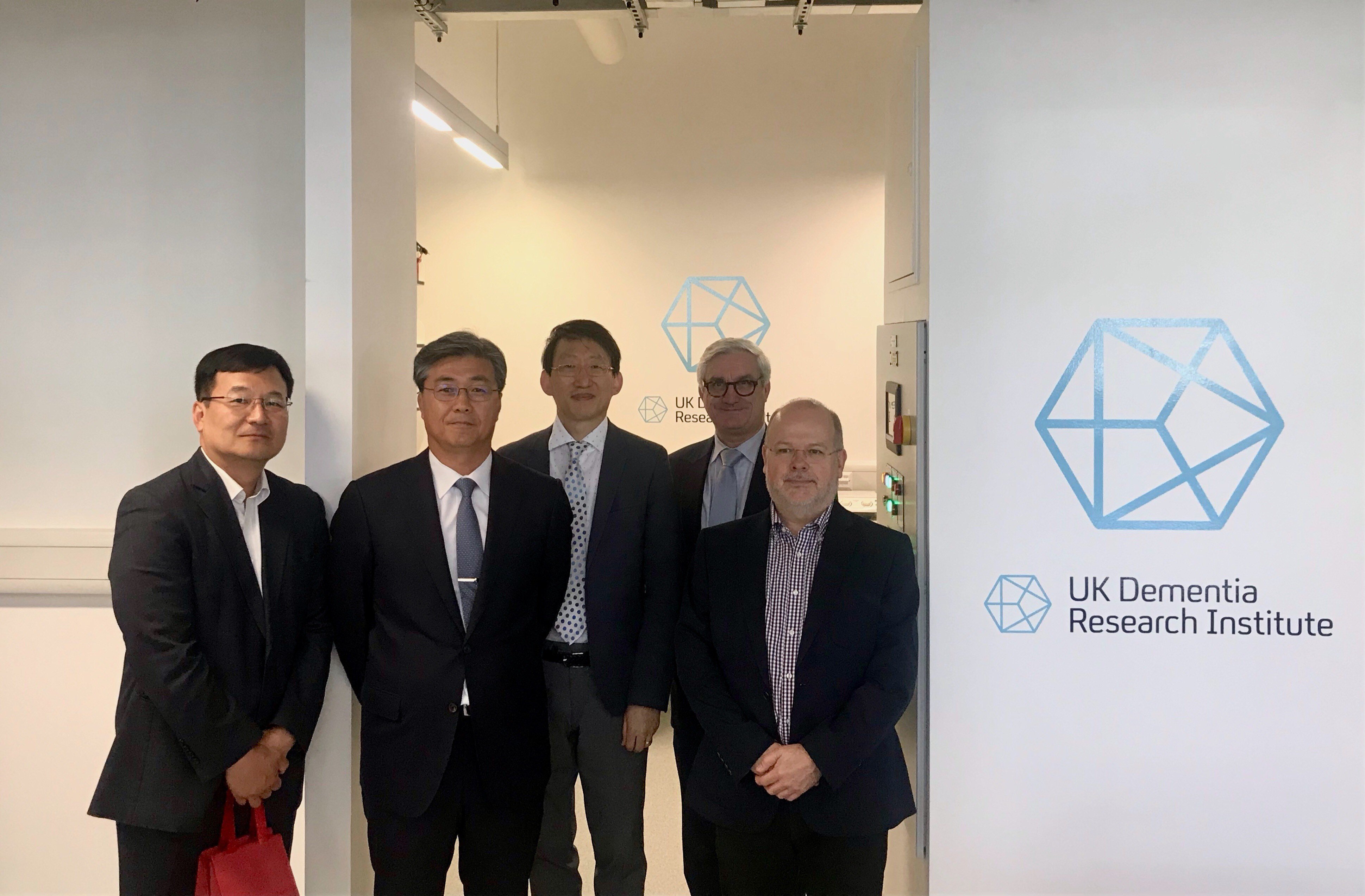 Next steps for synapses at the UK DRI

At the end of the symposium, Kei Cho outlined plans for a similar 3-day synapse event in July 2020, to fall just before FENS2020 held in Glasgow. Plans include an expanded programme with more early career initiatives and discussion.

With strong links to Korea already established, Kei is also involved in organising the UK-Korea neuroscience symposium this August (12-13) at the Francis Crick Institute (register here).

Understanding the core biology of synapses and uncovering therapeutic strategies to protect them in neurodegenerative disease, will be a leading theme of the UK DRI scientific strategy so keep an eye out for future updates, events and initiatives. 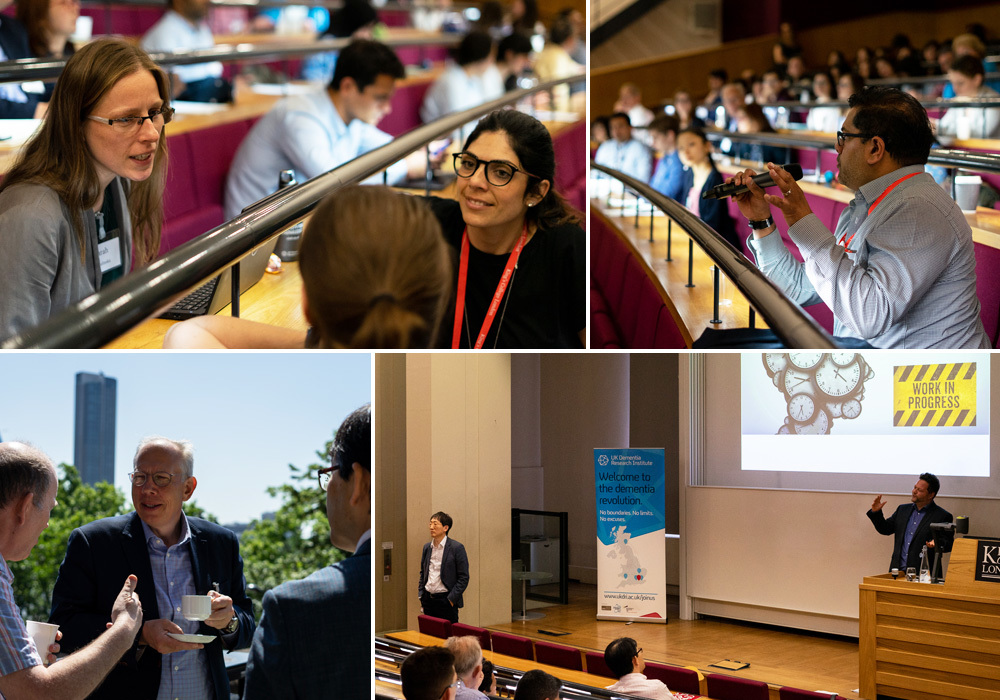