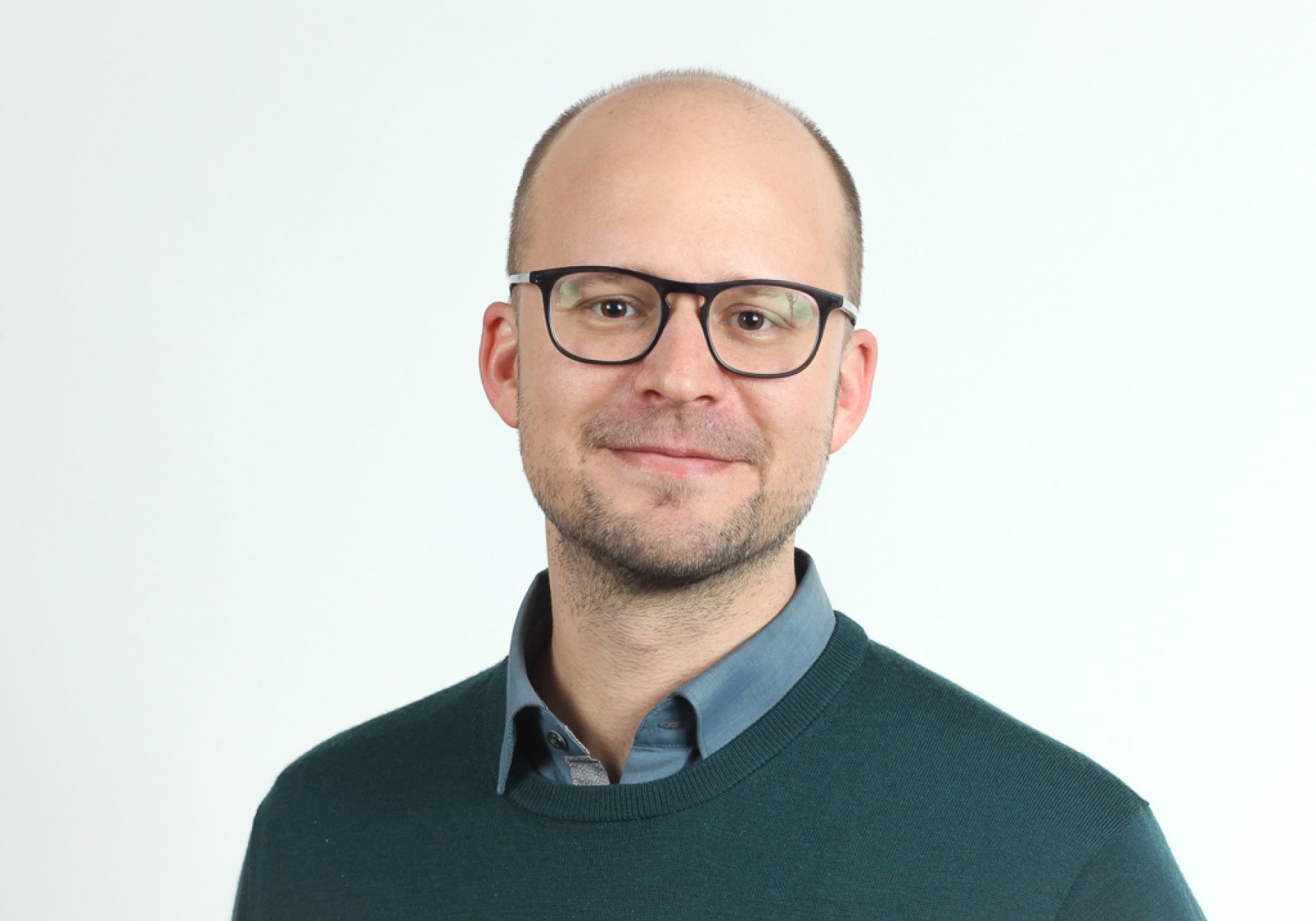 "Our central goal is to deepen our understanding of the molecular, cellular and circuit mechanisms that result in memory loss and cognitive decline in Alzheimer’s disease, and to develop targeted treatments to halt disease progression and improve clinical symptoms." Marc Aurel Busche
UK DRI Group Leader

Dr Marc Aurel Busche is a clinician-scientist with a laboratory eﬀort devoted to the understanding of the mechanisms that underlie progression in Alzheimer’s disease and related neurodegenerative disorders. His laboratory is leveraging these studies of the molecular, cellular and circuit determinants of AD-related memory loss to develop and test novel treatment approaches. Marc was among the ﬁrst to utilise in vivo cellular-level multiphoton imaging in the intact AD brain, and his work has earned him accolades including a Junior Faculty Award at AD/PD 2019 and a prestigious Future Leaders Fellowship from UKRI. Dr Busche is also a psychiatrist and continues to see patients at the National Hospital for Neurology and Neurosurgery approximately one day each week.

Under the microscope: Cells and circuits in Alzheimer’s disease

Alzheimer’s disease (AD is the most common cause of dementia and aﬄicts millions of people around the world. The disease is manifest neuropathologically by widespread accumulation of abnormal protein aggregates in the brain –amyloid beta plaques and tau tangles. Most studies of AD have traditionally focused on the genetic and biochemical changes, but little has been done to unravel the progressive changes of cells and circuits in the AD brain, ultimately leading to cognitive decline and dementia. Dr Marc Aurel Busche’s laboratory is involved in this new initiative directed at understanding how the abnormal proteins impact brain cells, and the extremely complex circuits they form, and alter brain function and cognition. His group is particularly interested in the molecular, cellular and circuitry changes taking place in the earliest stages of AD, before symptoms arise, as this may represent the best therapeutic window for eﬀective intervention.

In order to meet that challenge, Marc and his team are using a variety of cutting-edge in vivo and in vitro neuronal recording methods including one- and multi-photon imaging, electrophysiology, optogenetics and circuit mapping to observe changes in brain cells following exposure to these abnormal proteins, and measuring electrical activity in neurons to see how communication in the brain may be disrupted at the earliest stages of AD.

Over the past decade, Dr Marc Aurel Busche and colleagues have discovered that nerve cells (neurons) found near amyloid beta (Aβ) plaques become
‘hyperactive’ early in response to Alzheimer’s disease (AD) pathology. Marc and his team found that this hyperactivity is caused by soluble oligomeric species of Aβ that surround the plaques. His research has causally linked neuronal hyperactivity to impairments of network oscillations during sleep (i.e., slow waves and subsequent learning and memory defects. Marc’s studies suggest that it is possible to reverse these functional impairments by blocking the actions of soluble Aβ. This Aβ-dependent neuronal hyperactivity has been associated with epileptiform activity, as well as epileptic seizures which may affect up to 40% of individuals with AD.

In his more recent work, Marc’s investigations have extended to the other main protein pathology found in AD – tau, and in particular the interaction between tau and Aβ. This work showed that the phenotype of neuronal hyperactivity and Aβ-dependent neural system disruption is completely blocked by the presence of tau, which instead suppresses neural system activity. These new data could explain the negative results from billions of pounds of failed anti-Aβ therapeutics. These have relied on functional outcomes, since the combination of Aβ and tau in the brain leads to a phenotype that is diﬀerent than Aβ alone, and which is dominated by tau neural system silencing.

Using his expertise in state-of-the-art in vivo and in vitro imaging and electrophysiology Marc will extend his investigations into how Aβ and tau synergise to impair the functional integrity of neural circuits in vivo. Combining these methods with molecular and cell biological techniques, he aims to identify novel therapeutic targets for the treatment of AD beyond Aβ and tau, which is a critical unmet clinical need.

1. To investigate the mechanisms of Aβ and tau-related neural system changes.