Introducing Blanca Diaz-Castro, UK DRI at Edinburgh: The role of the star-spangled blood-brain-barrier in dementia 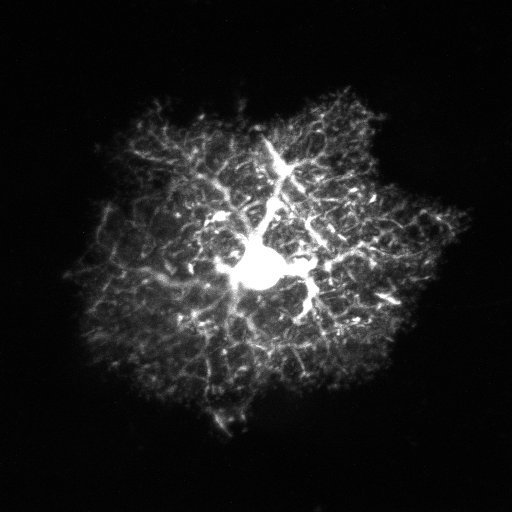 When taking on the challenge of dementia research, it’s easy for the primary casualties, neurons, to take centre stage. And while the ultimate goal is certainly to slow or halt the demise of this cell type, the multifactorial and complex nature of disease means few would disagree that the accompanying cast of brain cells warrant some of the limelight.

The unique expertise at the UK DRI at Edinburgh aims to address this, taking a holistic approach and elucidating the interactions within and between the brain vasculature, neurons, macroglia and microglia which are thought to play a major part in the trajectory of neurodegenerative disorders. The centre’s newest Group Leader Dr Blanca Diaz-Castro, who joins the institute from UCLA, discusses her role in this strategy, the expertise she brings to the centre and her latest publication. 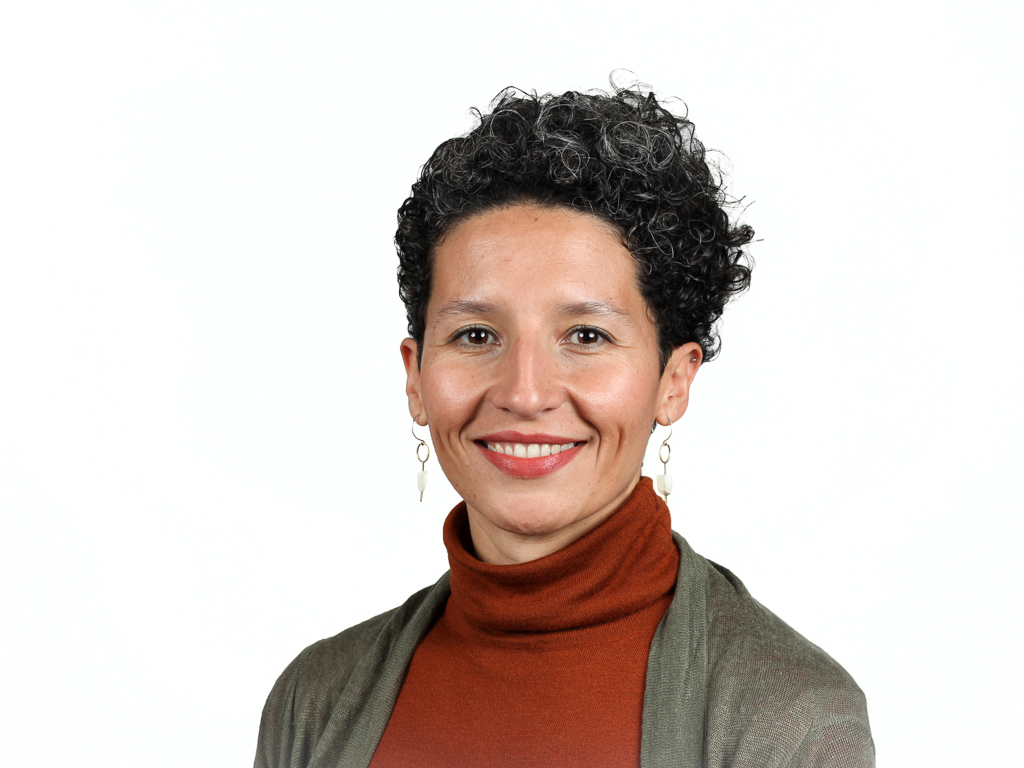 Hi Blanca, what have been your first impressions of UK DRI at Edinburgh and why were you attracted to the role?

To be honest, when I visited the centre during my interview, I liked it so much that it was not very difficult for me to make the decision once I got the offer. I found both the UK DRI and the research community at the University of Edinburgh strongly aligned with my interests and I liked the ambition to tackle such a difficult task in curing dementia. The strategy to provide and promote an environment where researchers from multiple disciplines, but with common interests, can collaborate, also appealed to me.

UK DRI at Edinburgh was especially attractive because of the wide scientific community that focuses on the study of non-neuronal cells and human research. I was also impressed by the beauty of the city and the kindness of the people. So far, my experiences have only exceeded expectations. I feel welcomed, supported and valued.

What will your research programme focus on, and why is it an important area to explore?

A fine control of the brain microenvironment is essential for the brain’s function. Unlike other organs, the exchange of substances between the blood and the brain is tightly regulated by the vasculature and brain cells which together form the Blood-Brain-Barrier (BBB). I will be studying the cell-cell interaction mechanisms of this in physiological and pathological conditions. I come from the astrocyte field and am very interested in their interaction with the other cellular components of the BBB. I believe our studies will enable the development of new scientific tools and disease therapies by both identifying unknown BBB dysfunction mechanisms and by providing treatment targets to ameliorate or prevent dementia.

Just recently, a new colleague who is not a neuroscientist, wanted to know what I do and what my motivation for it was. She captured it in a really nice poem where she describes them as “cells of mystery” and sets me “to explore and map their stellar role in the marvellous galaxy of the brain”. It’s a really nice nerdy poem. 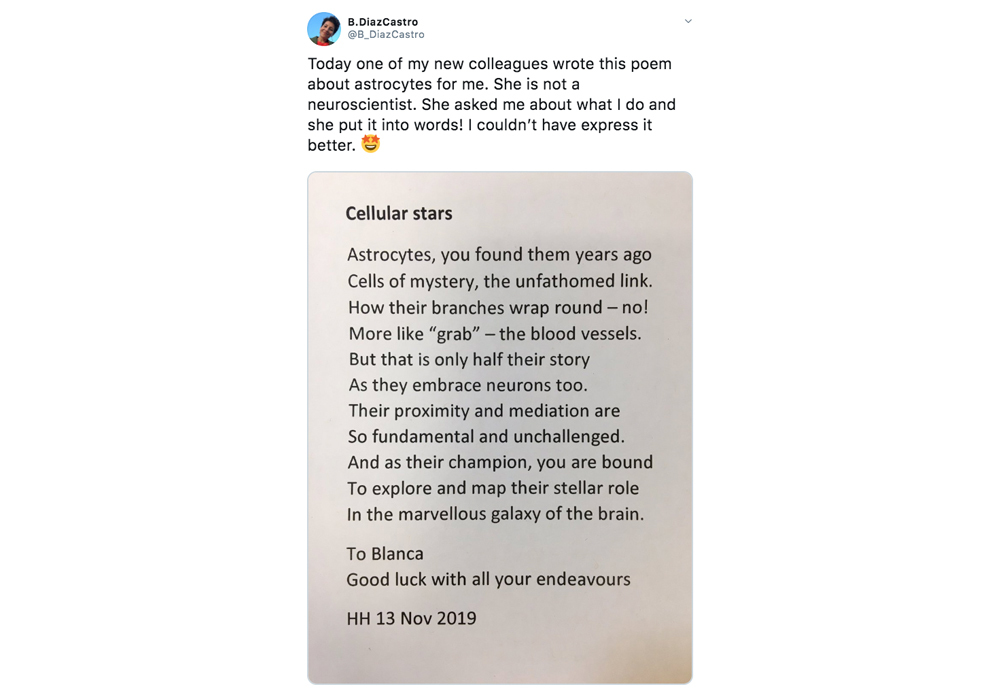 An ode to astrocytes written by one of Blanca's colleagues

Where did your interest in astrocytes come from?

I became interested in astrocytes during my PhD, in the early 2000s. I found them very intriguing. I was fascinated by the fact that they were so abundant in the brain but we still didn’t know much about them. The evidence that they were contacting the blood vessels and neurons so intimately at the same time, made me think they must be doing something important, and I wanted to understand that.

Do you think targeting events at the blood-brain-barrier is a viable therapeutic approach?

Definitely. BBB proper function is essential for CNS health and it’s very well documented that its dysfunction leads to brain-cell death. In fact, there is a very strong correlation between dementia and vascular disease. In addition, the structure of the BBB becomes a problem when treating neurological diseases because, due to its intrinsic role, it limits the delivery of therapies into the brain parenchyma. In my opinion, understanding the BBB molecular components, the mechanisms by which the BBB is maintained and the alterations that lead to its dysfunction is crucial to develop therapies.

What techniques do you currently utilise and what are you hoping to learn in the coming years?

We will use a combination of in vivo and in vitro techniques. My strengths include mouse proteomics, RNA-seq, and brain slice live imaging. I hope by collaborating with other groups in the UK DRI we can add to our portfolio in vivo imaging in awake mice, electrophysiology, multicellular culture models of the BBB and detailed cognitive behavioural assessments. I think tracing BBB changes over time could be a very powerful tool for some of our projects.

I am also very interested in human research and would like to complement our studies with experiments involving human samples. Immunohistochemistry, RNA-seq, proteomics or iPS cell cultures are some of the techniques I would like to utilise here. Finally, employing BBB cell culture models or organoids that contain blood vessels, will also significantly contribute to our research. 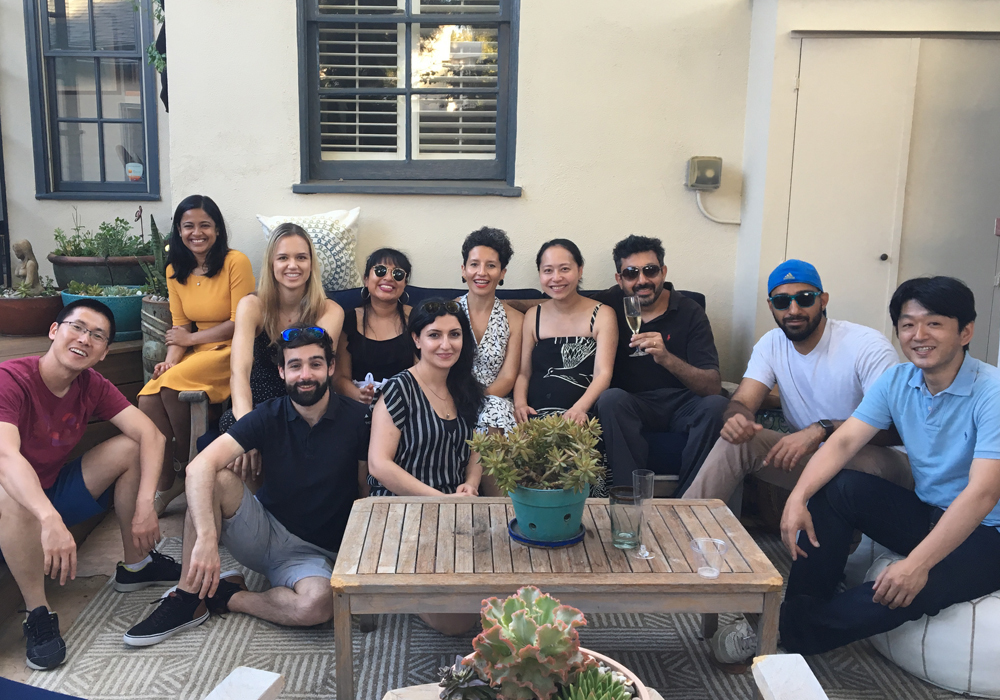 Blanca (centre) with her previous lab colleagues at UCLA

You recently published in Science Translational Medicine from your time as a postdoc in the lab of Bal Khakh at UCLA. Please could you tell us about the rationale for this study?

Our objective was to deepen our understanding of the roles of astrocytes in Huntington’s disease (HD), which is a fatal neurodegenerative disease caused by a dominant mutation in the HTT gene. HTT is not only expressed in neurons, but also in other brain cells, including astrocytes. Astrocyte dysfunction in HD has been reported, however, we didn’t know the molecular mechanisms for it, the full extent of pathways that are altered, or if astrocyte phenotypes in Huntington’s disease are driven by the expression of mutant HTT in astrocytes or rather as a consequence of the dysfunction of the surrounding circuit.

We thought the best way to shed some light on these questions was to carry out unbiased analyses of astrocyte RNA expression in HD. We performed astrocyte specific RNA-seq from two mouse models of HD at three different stages of the disease: presymptomatic, symptomatic and late stage. We compared the results to whole tissue human HD transcriptomes and mouse proteomes of the same brain region at equivalent disease stages. In addition, we used zinc finger protein gene expression repressors to block the expression of mutant HTT specifically in astrocytes.

What were the main findings from this work?

Through deep analysis we found gene expression changes that drive the astrocyte phenotypes as previously described, e.g. alterations in calcium signalling or morphology. In addition, we identified new altered pathways and defined a gene expression signature of astrocytes in HD. Some of these pathways and, in particular, the astrocyte HD signature were dependent on mutant HTT expression, as its repression, with zinc finger proteins, rescued their changes in astrocytes. Overall, we define astrocyte alterations in HD and point at potential therapeutic targets. We even created a free search platform to explore the differential expression data here.

Finally, what’s the most important thing you have learned from your academic career so far and what do you enjoy doing outside of science?

This a difficult one because I have learned so many things. In terms of career, I have learned that if you do what you like, you are dedicated and you surround yourself by people that you admire and from whom you can learn, you will find very few limits to your aspirations.

I like being surrounded by people from many different backgrounds and origins. During my time in the USA, one of the things I enjoyed the most was the diversity - you get to know people, and eat food, from all over the world. Therefore, I love travelling, art and music. And, the older I get, the more I like nature! I quite like making and fixing things too.