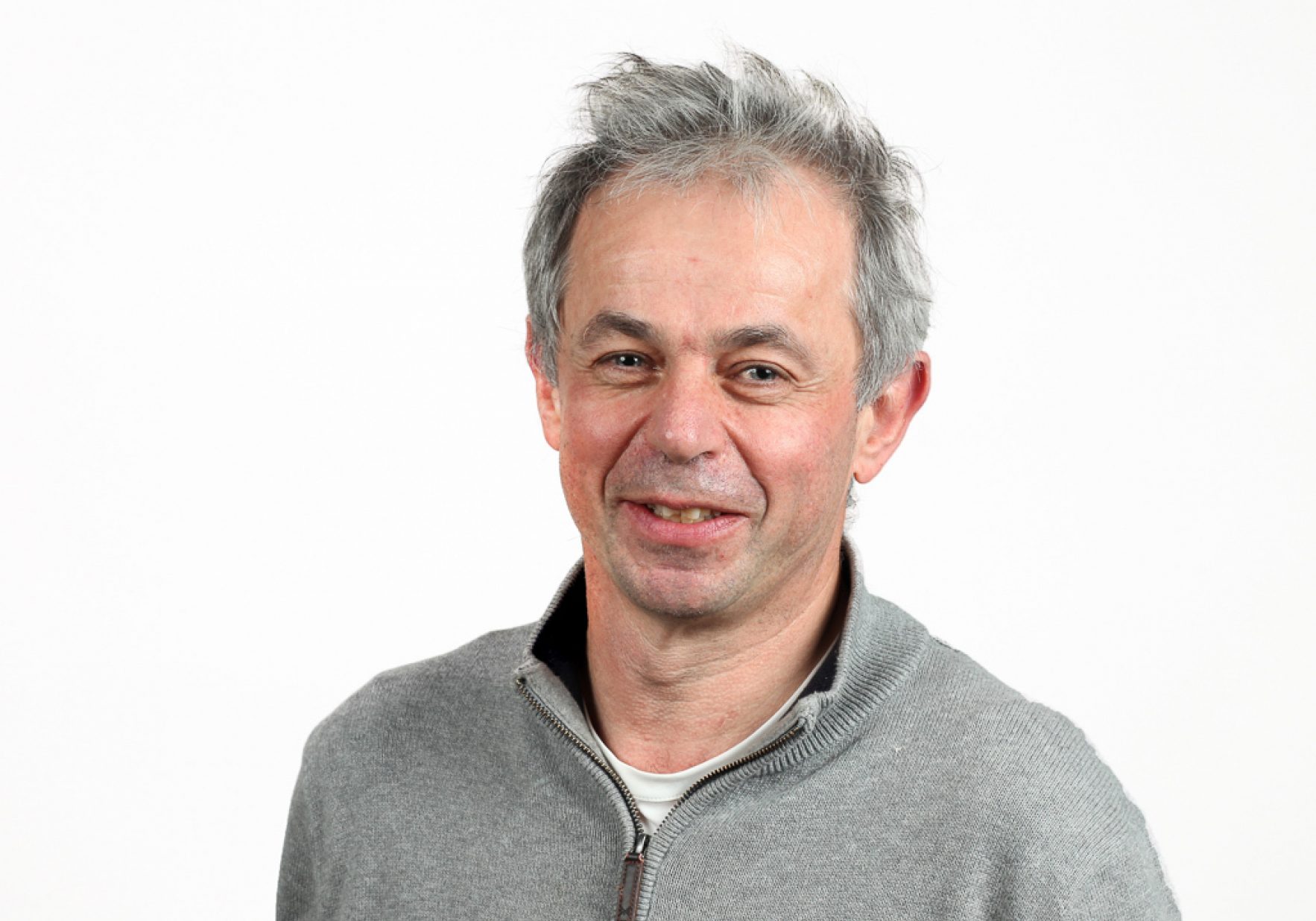 "We hope to watch tau aggregates forming in human neurons, so we can determine how they are formed and identify ways to slow this process down or prevent it from happening." David Klenerman
UK DRI Group Leader

Sir David Klenerman is a Professor of Biophysical Chemistry at the University of Cambridge and a Fellow of Christ's College. He is best known for his work on next-generation sequencing of DNA (which subsequently resulted in Solexa, a high-speed DNA sequencing company that he co-founded), receiving the 2020 Millennium Technology Prize and a knighthood in the 2019 New Year Honours for his contribution to this field. Sir David has received a string of honours, including a 2018 Royal Medal from the Royal Society for his outstanding contribution to applied sciences, the 2020 Millenium and he was elected as a Fellow of the Academy of Medical Sciences in 2015 and Fellow of the Royal Society in 2012. Most recently, his group is focusing on super-resolution microscopy to develop new insights on protein misfolding and neurodegenerative diseases, which is the subject of his new programme at the UK DRI.

Stopping the spread in Alzheimer’s disease

In the brains of people with Alzheimer’s disease (AD) and other related neurodegenerative conditions, a protein called tau builds up and forms abnormal structures. In healthy neurons, tau binds to and stabilises the cell’s scaffolding. But when problems start to arise, the protein molecules behave differently – clumping together and forming toxic aggregates that disrupt the ability of neurons to communicate messages through vital connections called synapses.

Until recently, scientists thought that tau aggregates were only generated through disturbances to the protein production processes within neurons. However, growing evidence now suggests that the abnormal protein molecules themselves are capable of multiplying and spreading through the brain from neuron to neuron via synapses.

Prof David Klenerman is studying the molecular basis of this ‘prion-like’ spreading of tau aggregates using a variety of cutting-edge cell biology techniques. Building a better understanding of the underlying mechanisms involved in tau formation and spread will allow the design of effective new treatments that can slow down, stop or reverse the progression of AD and other neurodegenerative diseases. As an important first step towards this goal, the team aim to develop and test the ability of potential new drugs to stop aggregate formation in their cell systems.

Aggregation of tau into hyperphosphorylated filaments is a defining feature of tauopathies, including Alzheimer’s disease (AD) and corticobasal degeneration (CBD), progressive supranuclear palsy (PSP), and Pick’s disease (PD). Tau is a highly expressed soluble microtubule-associated protein that plays an important role in the assembly and stability of microtubules. Aggregated tau is typically hyperphosphorylated, and in this form, it loses its physiological role of binding microtubules, and it gains toxic properties. A key role of tau oligomers and filaments in neuronal dysfunction and degeneration is supported by a correlation of the distribution and severity of tau pathology with clinical phenotypes of AD and other tauopathies.

Until recently, cell-autonomous mechanisms were believed to be largely responsible for human neurodegenerative diseases. However, mounting evidence now suggests that protein aggregates involved in at least some of these diseases, including tau aggregates, are capable of self-sustaining amplification that can propagate along neuroanatomical connections, leading to disease progression from restricted brain areas in the early phase of the disease to widespread brain regions in the later stages. This phenomenon is commonly referred to as ‘prion-like’ spreading. Tau aggregates entering a cell can cause the formation of additional tau aggregates, leading to both amplification and cellular damage. The release of protein aggregates from brain cells and their uptake by neighbouring cells then leads to spreading from cell to cell. Propagation of aggregates requires their release into the extracellular space, uptake by connected cells and then seeded aggregation of soluble intracellular proteins. Studying the underlying molecular mechanisms involved in seeding, amplification and spreading may thus lead to the identification of novel therapeutic targets.

The team aims to determine the molecular basis of the critical steps in tau aggregation and seeding, exploiting novel biophysical methods that can directly image and characterise full-length tau aggregates in cells and cell lysate. They will explore:

1. In vitro aggregation and disaggregation. Exploring the effects of post-translational modifications on nucleation, seeding and fragmentation of 3R and 4R tau.

2. Aggregation of tau in neurons. Quantitative characterisation of the number, size and type of aggregates formed under different conditions.

3. Disaggregation/degradation of tau aggregates in neurons. Study changes in proteasomal localisation and activity under different conditions.

4. Seeding of tau aggregation in neurons. Characterising changes in number or location of aggregates over time and on cell physiology under different conditions.

6. Development of elongation and fragmentation inhibitors. Developing inhibitors of the aggregation of full-length tau, identifying which molecular steps are altered and testing the most promising inhibitors in cells.