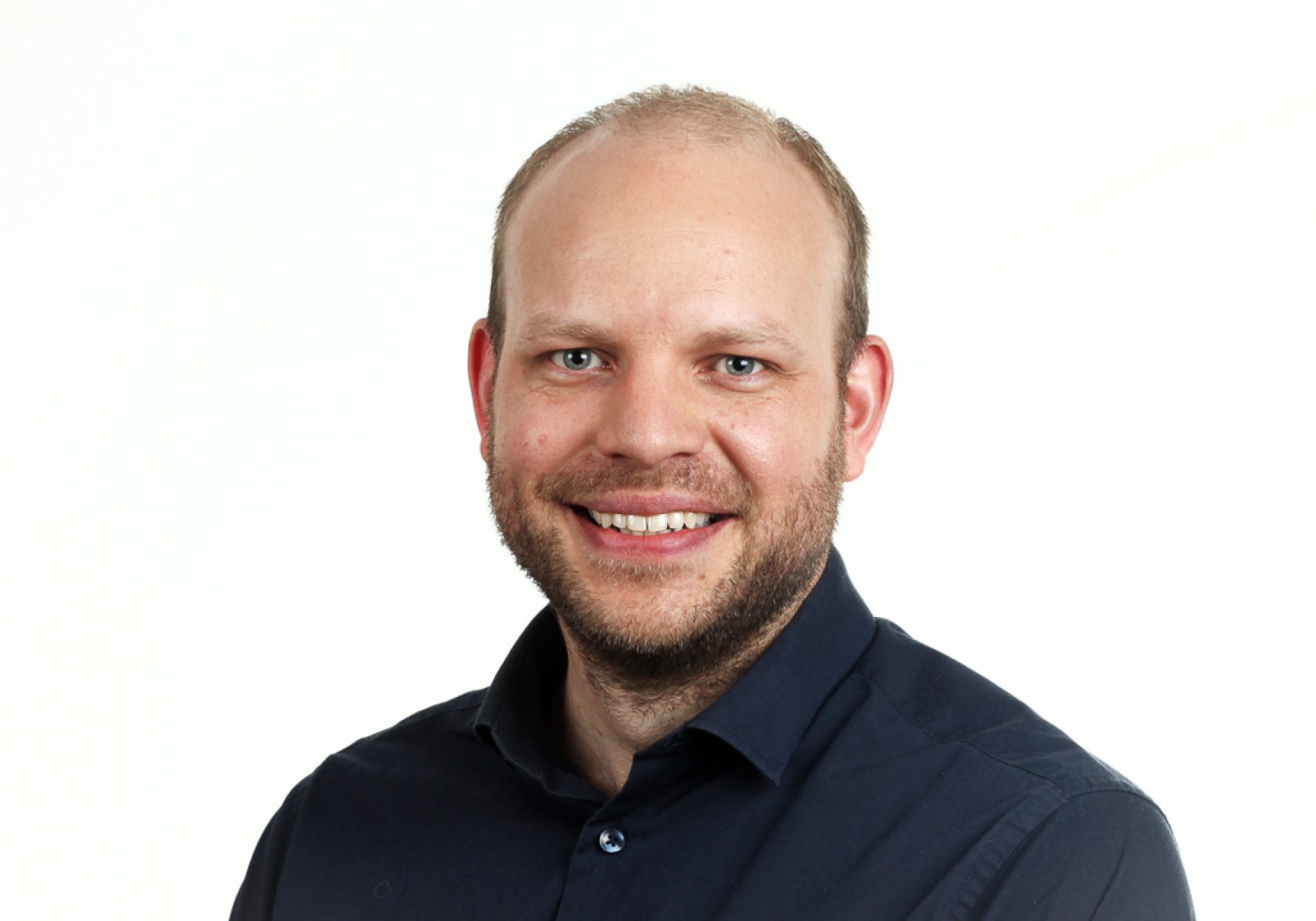 A senior Lecturer in neural plasticity and dementia research at Imperial College London, Dr Samuel Barnes investigates vulnerability in the ageing brain. Obtaining his PhD from Kings College London, where he focussed on neural plasticity, Samuel then completed postdoctoral training at University College London, before being awarded a prestigious Edmond J Safra Fellowship. Samuel joined the UK DRI at Imperial in 2018, where he leads a group investigating the role of neural-circuit plasticity in the earliest stages of dementia.

Alzheimer’s disease (AD) is the most common form of dementia, affecting more than half a million people in the UK – and this figure is set to rise. Although its causes are complex, researchers are exploring the potential role of unusual brain activity that emerges at early stages of disease development.

Our brains have sophisticated mechanisms that usually keep the activity of neurons in perfect balance. However, one of the earliest signs of AD is unstable changes to these electrical activity patterns. Although the molecular causes behind this abnormal brain activity are not yet understood, they may contribute to the process of neurodegeneration – including driving the gradual loss of critical connections (known as synapses) between neurons.

Dr Samuel Barnes is using cutting-edge approaches to build our understanding of the biological mechanisms behind the emergence of abnormal electrical activity in AD. He hopes to identify new or existing targets for medical intervention that may help protect neurons and synapses from damage. Samuel and his team aim to test promising approaches, including drugs or brain stimulation using harmless electrical impulses, to find out if these can help alter and correct abnormal brain activity patterns, potentially slowing down or preventing the progression of dementia.

The brain processes the dynamic sensory environment around us in the face of unpredictable ‘noisy’ neural activity. To meet this challenge, homeostatic plasticity mechanisms have evolved to regulate fluctuating neuronal activity and prevent extreme levels. Destabilised spontaneous activity is one of the earliest signs of pathology in Alzheimer’s disease (AD), and is predicted to trigger aberrant molecular cascades that impair neural function and drive synapse loss. Destabilised spontaneous activity is characterised by periods of hyper- and hypo- neural spiking activity and has been reported in both human AD patients and multiple studies using mice that model certain features of AD. However, the underlying synaptic and molecular mechanisms that lead to the early emergence of destabilised spontaneous activity are unclear. Elucidation of these mechanisms offers an opportunity to both understand the earliest causes of synaptic vulnerability and identify novel targets for early intervention.

Dr Samuel Barnes and his team have previously identified several key homeostatic processes and their underlying molecular mechanisms, highlighting the important role played by not only molecular plasticity processes, but also cell signalling cytokines released from glial cells (TNF-α), in regulating spontaneous activity in the healthy brain. They are now using a combination of optogenetic and pharmacological approaches to actively test the causal relationship between homeostatic plasticity mechanisms and the emergence of destabilised spontaneous activity levels in the early stages of preclinical AD models. Preclinical work will identify novel targets for intervention whilst existing interventions will be assessed. The results from preclinical studies will set the foundations of exploratory work using human tissue, and, in collaboration with industry and the wider UK DRI, human patients.

This programme will test the hypothesis that failures in a series of homeostatic synaptic and molecular processes may result in the emergence of destabilised spontaneous neural activity. Specific aims are:

1. To investigate the synaptic and molecular origins of destabilised spontaneous activity levels and identify novel targets for intervention. Carrying out a series of experiments using mouse models of AD.

2. To determine the molecular, synaptic and neural-circuit events which underpin destabilised spontaneous activity, and the relationship of these events to synaptic vulnerability. Using recently developed approaches to track cellular and synaptic activity during the emergence of destabilised activity.

3. To test whether environmental, pharmacological and bioelectronic interventions thought to positively modulate homeostatic plasticity can slow the emergence of destabilised activity, with positive behavioural consequences. Testing the impact of blocking soluble TNF-α and other interventions in vivo.

4. To complement the findings of preclinical rodent work with experiments using human tissue and, in collaboration with others, human patients. Initially probing the impact of inhibiting soluble TNF-α as a proof-of-concept, followed by any novel targets identified as part of the programme.