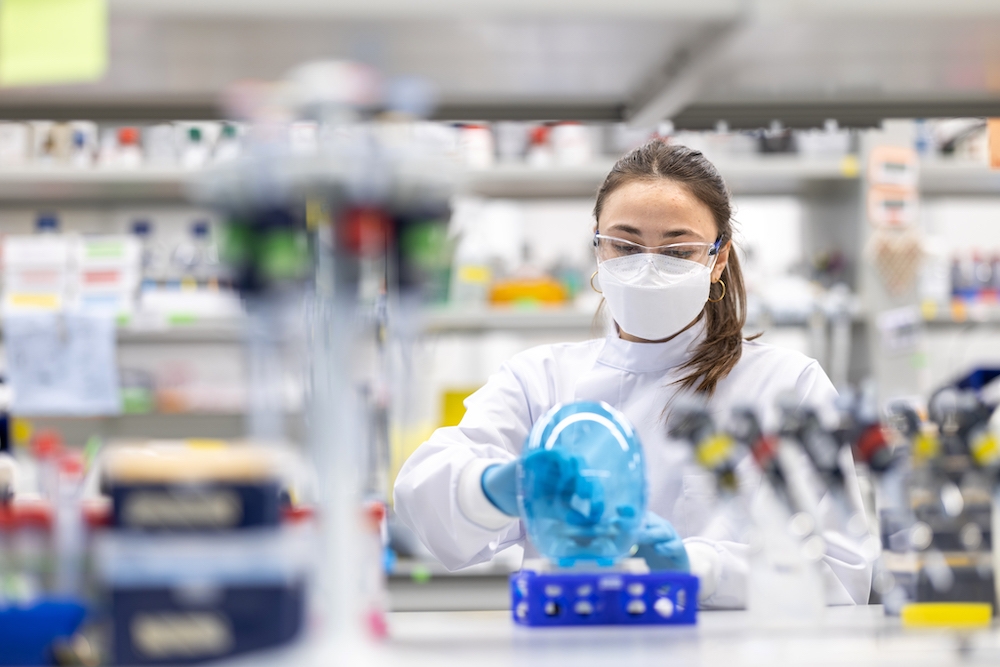 We are delighted to announce a generous £7.5 million gift from the Michael Uren Foundation that will drive forward four experimental research projects, led by scientists at the UK DRI at Imperial.

The projects will enable development of new drug therapies to target the most promising molecules in the brain; accelerate a new treatment that combines brain stimulation technology with drug treatment to delay disease progression; boost daily clearance of toxic brain waste; and enable robust new methods to identify and target the generation of toxic proteins in the brain.

Translational research of this kind is essential to ensure that scientific breakthroughs result in promising new treatments, but is often difficult to fund at an early stage of development. The £7.5 million donation from the Michael Uren Foundation will enable the researchers to capitalise on the scientific breakthroughs already made, de-risking the concepts and treatment approaches involved and accelerating their translation into improving treatment for people affected by Alzheimer's disease.

was donated by the Michael Uren Foundation

The impact of this gift from the Michael Uren Foundation is immense. Thanks to their support, we are able to move exciting, early discoveries towards proof of principle, enabling us to attract new partnerships and investment so that we can develop the future of care for Alzheimer’s disease. Prof Paul Matthews, Centre Director at the UK DRI at Imperial

Each of the four projects the Michael Uren Foundation is funding represents a distinct but promising area for transforming treatment for people with Alzheimer's disease.

While many molecules are involved in Alzheimer’s disease, modifying of only a small fraction will relieve symptoms or slow or stop their progression. With so many potential targets, how do we decide which molecules to prioritise when developing new drug treatments?

Our researchers aim to identify and modulate molecules that are thought to cause both Alzheimer’s and other diseases associated with the development of Alzheimer’s disease, such as stroke, diabetes and heart disease. If effective modulatory drugs can be identified, they would provide insight into the pathology of both diseases while having value for treatment.

Coordination and connectivity between brain cells is essential to healthy cognitive function, but in the early stages of Alzheimer’s disease, the electrical activity of brain cells is disrupted. This breaks connections in the brain, leading to degeneration on a cellular and network level and impacting the brain’s natural mechanisms to repair itself.

Our researchers have developed a bioelectronic technology that is capable of changing and improving cognitive function through deep brain stimulation, which could previously only be done through invasive surgery. This project will pair the technology with medication that improves the brain’s ability to form new connections. The team hope that this approach will help to restore the neural connections damaged by Alzheimer’s disease and potentially reverse the progression of the disease.

Alzheimer’s disease and other dementias are associated with disturbed circadian rhythms, which refer to the 'internal clock' that governs the body’s biological cues to sleep and wake. This in turn worsens the progression of Alzheimer’s as the brain is incapable of fulfilling its normal daily processes such as clearing toxic protein build-up. The accumulation of toxic proteins causes inflammation in the brain and is thought to accelerate the spread of neurodegenerative disease.

Our researchers aim to develop new drug treatments to improve the circadian rhythms within the brain on a cellular level so that normal brain patterns of producing and clearing waste are maintained.

Therapeutic targeting of the generation of toxic protein fragments

In Alzheimer’s disease, fragments of protein known as beta-amyloid build up in the brain and form abnormal structures between nerve cells called ‘plaques’. These protein fragments are thought to have a toxic effect in the brain which differ depending on their size, type and number.

Our researchers will investigate which brain cells are chiefly responsible for the production of toxic beta-amyloid and develop new treatments that enhance cells’ mechanisms to break down toxic protein fragments into less damaging structures.

The Trustees of the Michael Uren Foundation said:

“Sir Michael Uren’s philanthropic vision has helped expand the frontiers of medical research and improve care for generations of patients. We are delighted to be partnering with Imperial College London once again to continue the late Sir Michael’s legacy and enable research into this devastating disease. Finding solutions to tackle Alzheimer’s is an immense task but we hope this gift brings us a step closer.”

To stay up to date on the latest research news and Institute updates, sign up to receive our monthly newsletter, ‘Inside Eye on UK DRI'.